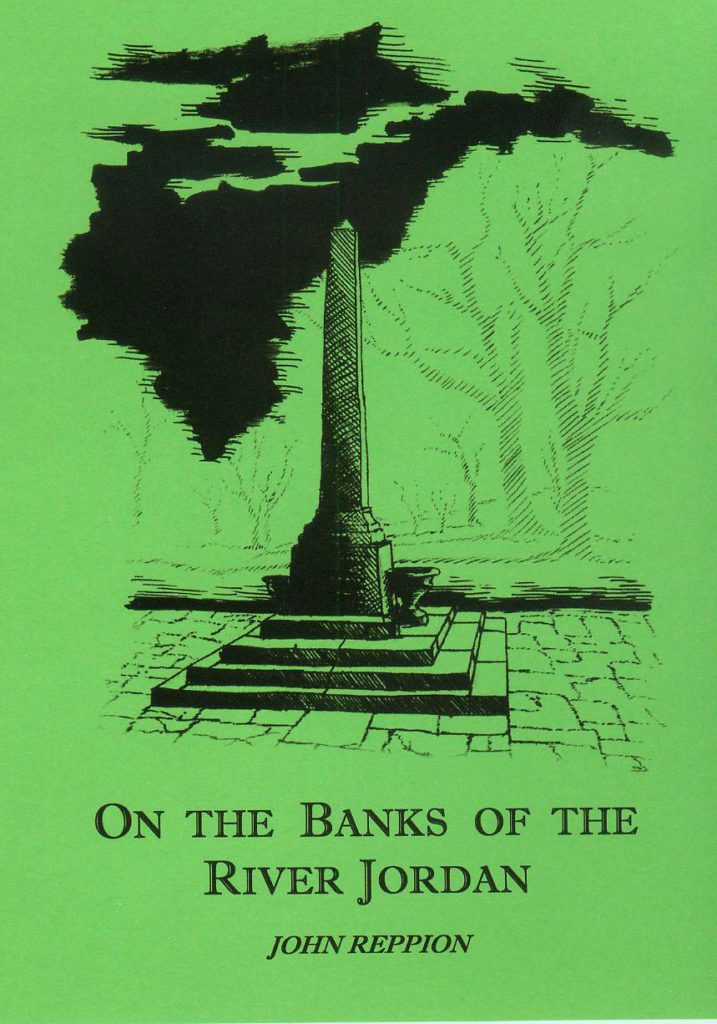 “Dear Brian, My name is John Reppion. You may remember that we corresponded briefly last year on the subject of my article “Where Goes the Blackberry Man”. I am currently at something of a loose end whilst my wife, and day-to-day writing partner, is off visiting her sister for a few days prior to Christmas. It is at times such as these that I would normally take the opportunity to work on some of my more esoteric researches. Going through my notes, I came across a mass of material concerning Princes Park—the Victorian park adjacent to where I live—which I gathered whilst researching my book 800 Years of Haunted Liverpool. There are many intriguing and esoteric titbits associated with this locale . . . but I’m finding it hard to get the various pieces of information into a logical order. I’m sure there is an obvious angle, a path winding through these disparate elements that would draw the whole thing together . . . I wonder if I might ask you the favour of offering your opinion on material I have amassed thus far. If you are willing, I would like to “talk” through the disjointed data via email and hopefully make sense of it all in the act of doing so. Very best, John” 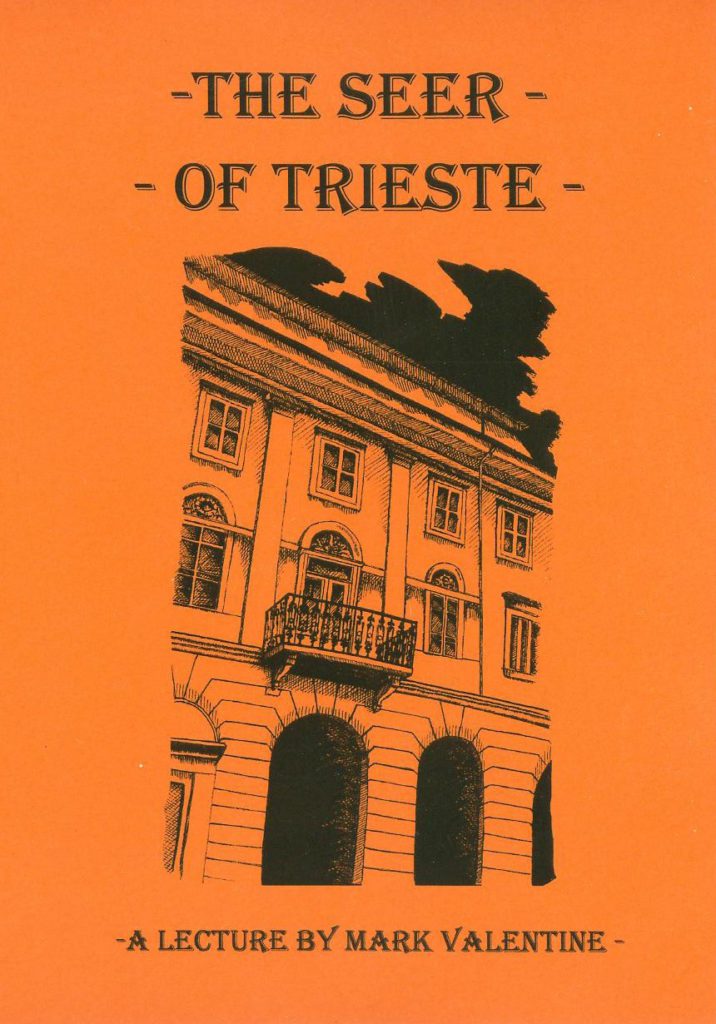 “The old Austro-Hungarian imperial seaport of Trieste has been home to several literary figures: Anglo-Irish novelist Charles Lever, Victorian explorer, translator and erotologist Sir Richard Burton, James Joyce, who started his masterpiece Ulysses there, the fine bookseller-poet Umberto Saba, and Italo Svevo, the chain-smoking man of business who caught its curious atmosphere so well in his novels. A place apart, at first mercantile and prosperous, but with a history associated with loss, melancholy and the liminal, it also has a strange undercurrent of the shabby-bohemian and semi-magical. An acquaintance with a genteel seer and almanac-maker in the city led me to an unexpected revelation about the prevailing spirit of the place and its influence upon those who wrote there. In quest of this, I encountered scrying youths, a masked ball, a reclusive artist perfecting a new form, and at last a monstrous brooding presence. Here is the full text of a lecture to the Aeolian Club of Lincoln which may merit a place amongst the more astonishing of the accounts it has heard.” – Mark Valentine 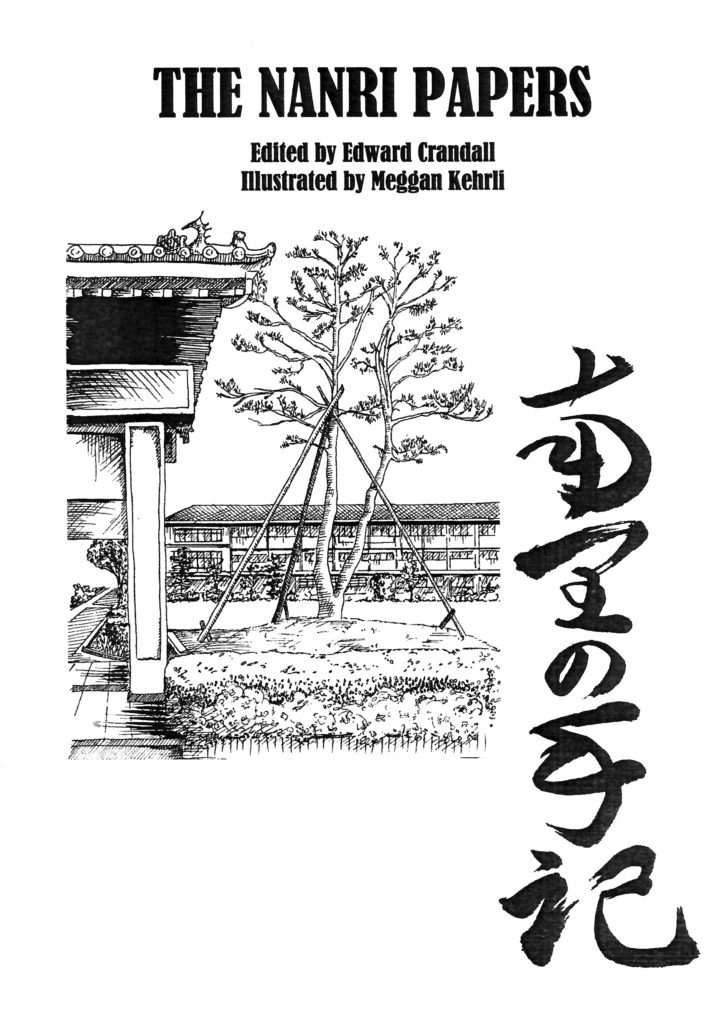 “Dear Mr. Otani, I am contacting you on behalf of Mr. Masanobu Nanri of Onimaru, Saga City. Mr. Nanri recently showed me some papers and personal effects belonging to his parents (both deceased). These papers have to do with events he describes as ‘likely paranormal in nature’ that have occurred over the years at Akamatsu Primary School, also in Saga City. For your reference, I have included transcripts of the original documents he showed me as well as an explanation of the circumstances under which he showed them to me. Mr. Nanri is concerned, as you will see from the following text, that there is the chance of physical danger not only to the students, teachers and staff of the school, but also to the general public. You will see from the printout of a website Mr. Nanri recently viewed that the school has been listed as a ‘paranormal hot spot’ on the Internet. He is therefore interested in the site being investigated by reputable professionals and experts in the field so that any danger may be averted.” – Sincerely, Edward Crandall 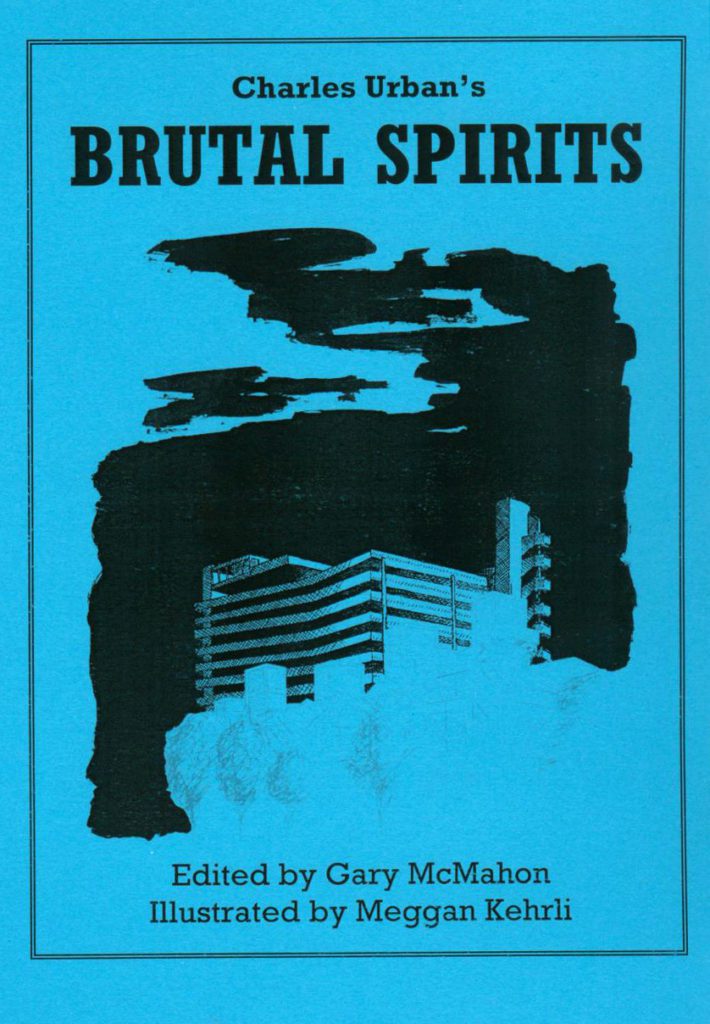 “My friend and sometime mentor, Charles Edward Urban, died in March 2007. He was seventy years old. Unfortunately, Charles took his own life before I had the chance to ever meet him in the flesh, and our long-distance relationship remained sadly unresolved. I had been fortunate enough to conduct an informal correspondence with him (a loose friendship that took the form of letters and emails) in the few years before his untimely death, which was begun when I sent him a fan letter because a story of his (“The Red Yawn”) affected me profoundly enough to cause me to re-examine my entire life. Charles named me in his will as sole executor of his estate. Going through his belongings, ostensibly in search of unpublished material for a proposed posthumous collection of his short fiction , I came across the following papers in the locked bottom drawer of a battered Victorian bureau. Whether they constitute notes for an unfinished tale, the ramblings of a suicidal and deeply unsettled mind, or accounts of genuine strange occurrences in the north east of England, I will leave you to decide.” – Gary McMahon (editor) 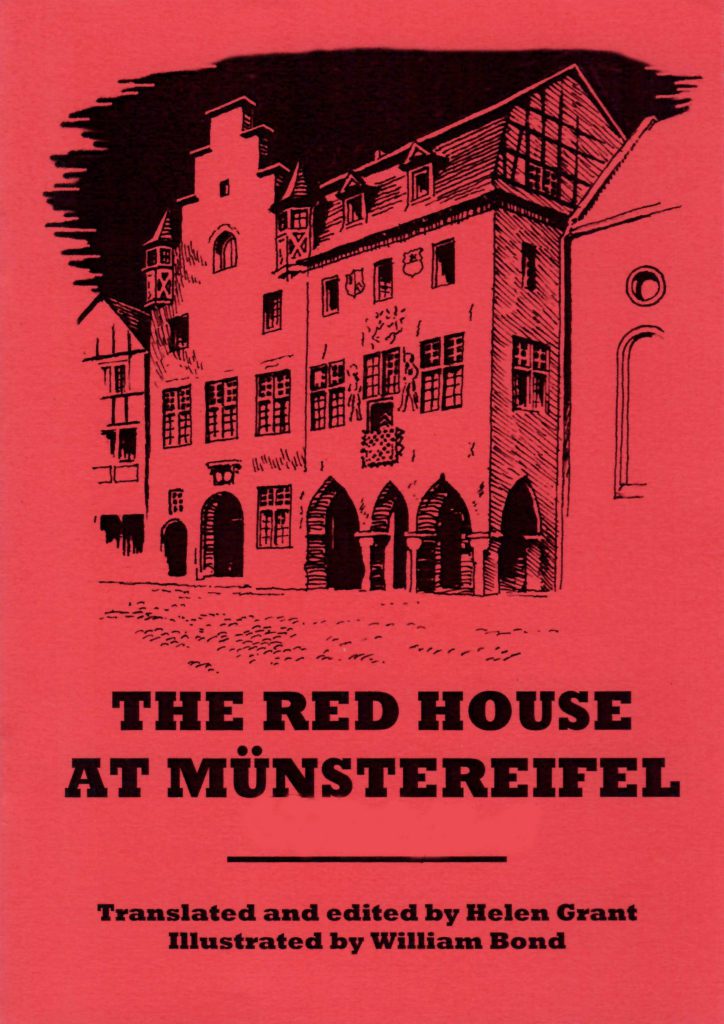 “Early in 2007, whilst researching an article about Steinfeld Abbey, I came across the collection of documents (originally in German) which comprise this booklet, in a forgotten folder bearing the name of Löher, a name closely connected with that infamous period in European history when witch-hunting was at its height. For reasons which will soon become clear upon perusal of the documents, I have chosen to publish them outside Germany. It is imperative that the facts relating to the history of the Red House in Münstereifel—in so far as they can be established—are put before those persons best equipped to take the appropriate action. The author of the original documents perished in a horrific incident which appears not unconnected with their compilation. Whether his fears and suspicions were justified is for you, the reader, to judge.” – H. Grant (editor) 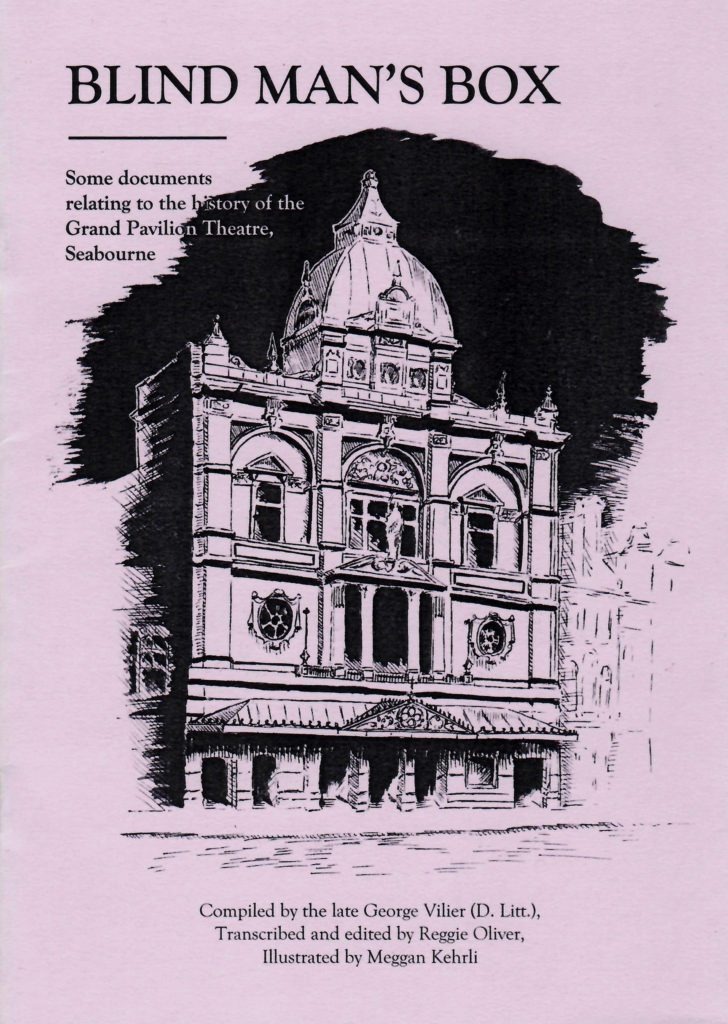 “On the thirteenth of July this year, Dr. George Vilier, died suddenly at the age of fifty five. He was lecturer in Theatre Studies at Bath University, and a colleague and friend of mine, so I suppose it should have been no surprise to discover that he had made me his literary executor. Among his papers I found the almost complete MS of his long-awaited work, The Gothic Experience in Victorian Drama, which I hope will soon see publication. I also found a folder which contained the following documents and notes. I am sure that Vilier was intending to use them to form a single connected narrative, and I debated whether I should do the same. In the end I decided that I would serve his memory better if I arranged these papers in a moderately coherent order, secured the relevant copyright permissions and published them as they stood. I have added a short note at the end, but readers must decide for themselves whether what follows provides any clue to the mystery of his sudden and tragic death.” – Reggie Oliver (editor) 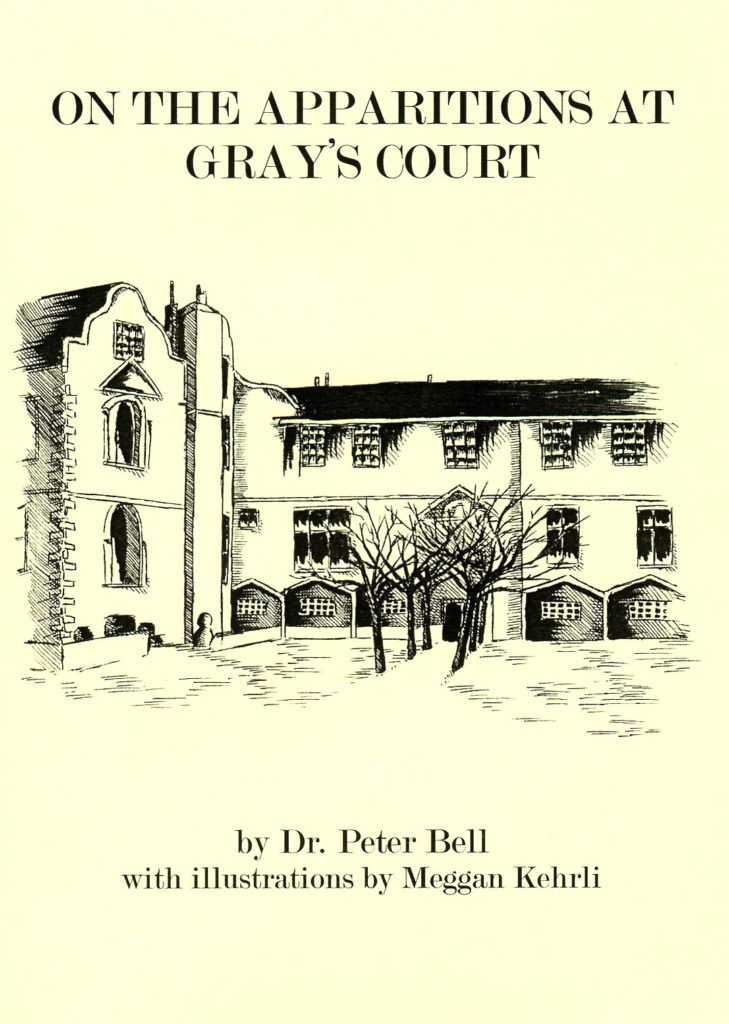 “This intriguing pamphlet, handsomely produced by Swan River Press, is the first in a promised series of fake histories of real buildings. Peter Bell’s fascinating On the Apparitions at Gray’s Court leaves you eager for more. Taking the form of a reprinted academic paper, complete with footnotes, bibliographic references and the kind of entertainingly pernickety detail beloved of the local history enthusiast, we’re very much in M. R. James territory, physically as well as stylistically—a medieval building in the cathedral precinct at York, which has played host at different times to clergy, academics and something altogether less reassuring.

“By the end I was googling away to try and sort the truth from the fiction. It’s a great idea and Dr. Bell pulls it off with ease and elegance. If anyone out there has a second hand copy of the author’s Poltergeist over the Wolds: A Study of Paranormal Phenomena in the East Riding of Yorkshire, I’d be very interested in putting in an offer.” – Robert Lloyd Parry, All Hallows