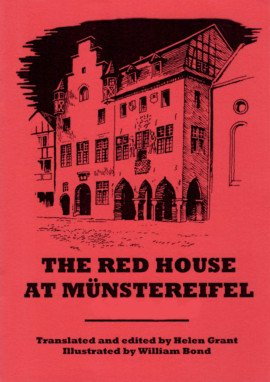 The Red House at Münstereifel

“Early in 2007, whilst researching an article about Steinfeld Abbey, I came across the collection of documents (originally in German) which comprise this booklet, in a forgotten folder bearing the name of Löher, a name closely connected with that infamous period in European history when witch-hunting was at its height. For reasons which will soon become clear upon perusal of the documents, I have chosen to publish them outside Germany. It is imperative that the facts relating to the history of the Red House in Münstereifel—in so far as they can be established—are put before those persons best equipped to take the appropriate action. The author of the original documents perished in a horrific incident which appears not unconnected with their compilation. Whether his fears and suspicions were justified is for you, the reader, to judge.” – H. Grant (editor)

“The Red House at Münstereifel”
“Afterword”

Helen Grant has a passion for the Gothic and for ghost stories. Joyce Carol Oates has described her as “a brilliant chronicler of the uncanny as only those who dwell in places of dripping, graylit beauty can be.” A lifelong fan of the ghost story writer M. R. James, she has spoken at two M. R. James conferences and appeared at the Dublin Ghost Story Festival. Helen’s most recent novels are Ghost (2018) and  Too Near The Dead (2021) both published by Fledgling Press. She lives in Perthshire with her family, and when not writing, she likes to explore abandoned country houses and swim in freezing lochs. 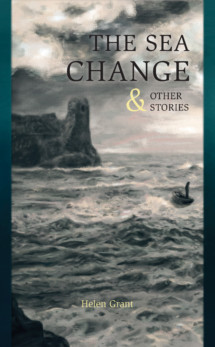