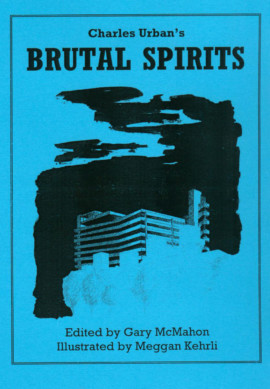 “My friend and sometime mentor, Charles Edward Urban, died in March 2007. He was seventy years old. Unfortunately, Charles took his own life before I had the chance to ever meet him in the flesh, and our long-distance relationship remained sadly unresolved. I had been fortunate enough to conduct an informal correspondence with him (a loose friendship that took the form of letters and emails) in the few years before his untimely death, which was begun when I sent him a fan letter because a story of his (“The Red Yawn”) affected me profoundly enough to cause me to re-examine my entire life. Charles named me in his will as sole executor of his estate. Going through his belongings, ostensibly in search of unpublished material for a proposed posthumous collection of his short fiction , I came across the following papers in the locked bottom drawer of a battered Victorian bureau. Whether they constitute notes for an unfinished tale, the ramblings of a suicidal and deeply unsettled mind, or accounts of genuine strange occurrences in the north east of England, I will leave you to decide.” – Gary McMahon (editor)

Booklet: Published in February 2008; limited to 150 copies, all of which are hand numbered; 18 pages; laser printed on 75 gsm paper; staple bound; ISBN: N/A.