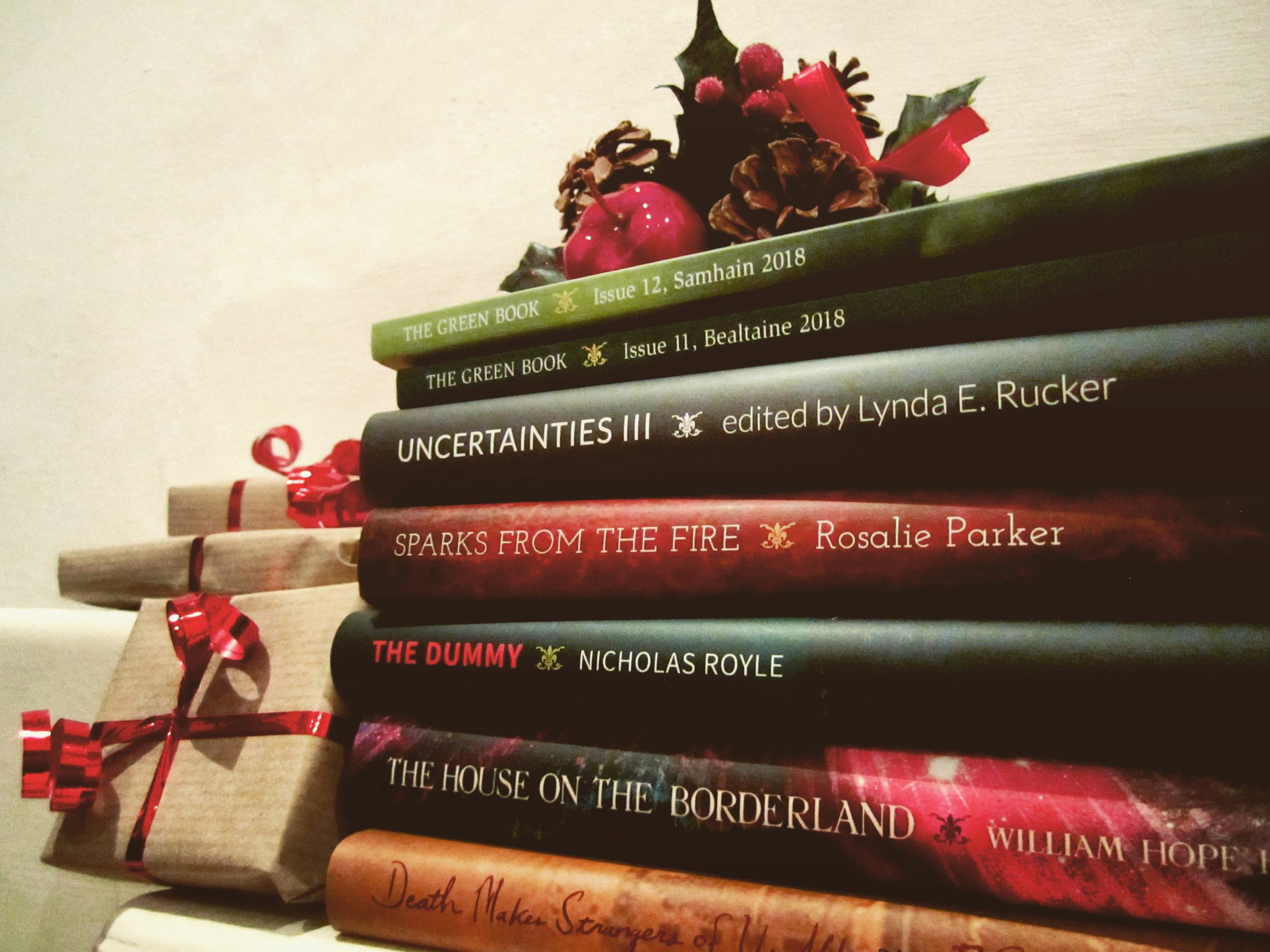 Running Swan River Press can be a difficult job. The hours are long, usually after returning home from my day job (also weekends), and any financial risks are wholly my own. The victories are incremental, only often partly enjoyed with my attention fixed on what the next challenge might be. That’s why it’s nice to sit down with a cup of coffee, some homemade cranberry bread, and reflect on some of the successes of this past year. I’m always pleasantly surprised at how many there are. 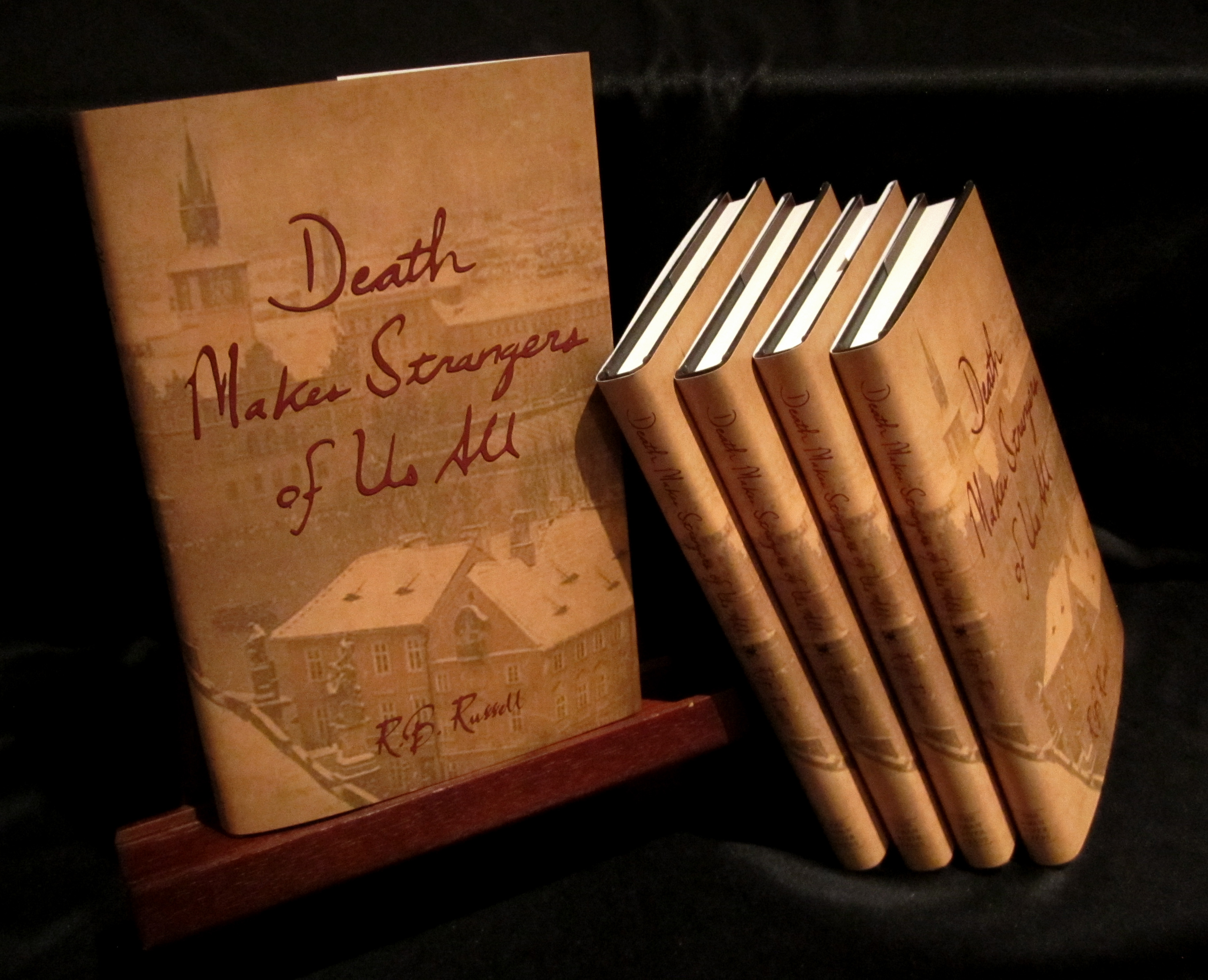 The first book of the year was R. B. Russell’s Death Makes Strangers of Us All. I’ve known Ray for a good long time now, and where guidance is concerned, you can’t go wrong taking your cue from Tartarus Press. This is the third book Ray and I have done together. The first two were Ghosts (2012) and The Dark Return of Time (2014). Michael Dirda at the Washington Post seemed to like the book too, commenting that, “The disorienting title story of R. B. Russell’s superb Death Makes Strangers of Us All takes us into an ‘unreal city’ straight out of Kafka or Borges.” Not too shabby, huh? You can read more reviews here and an interview with Ray here. 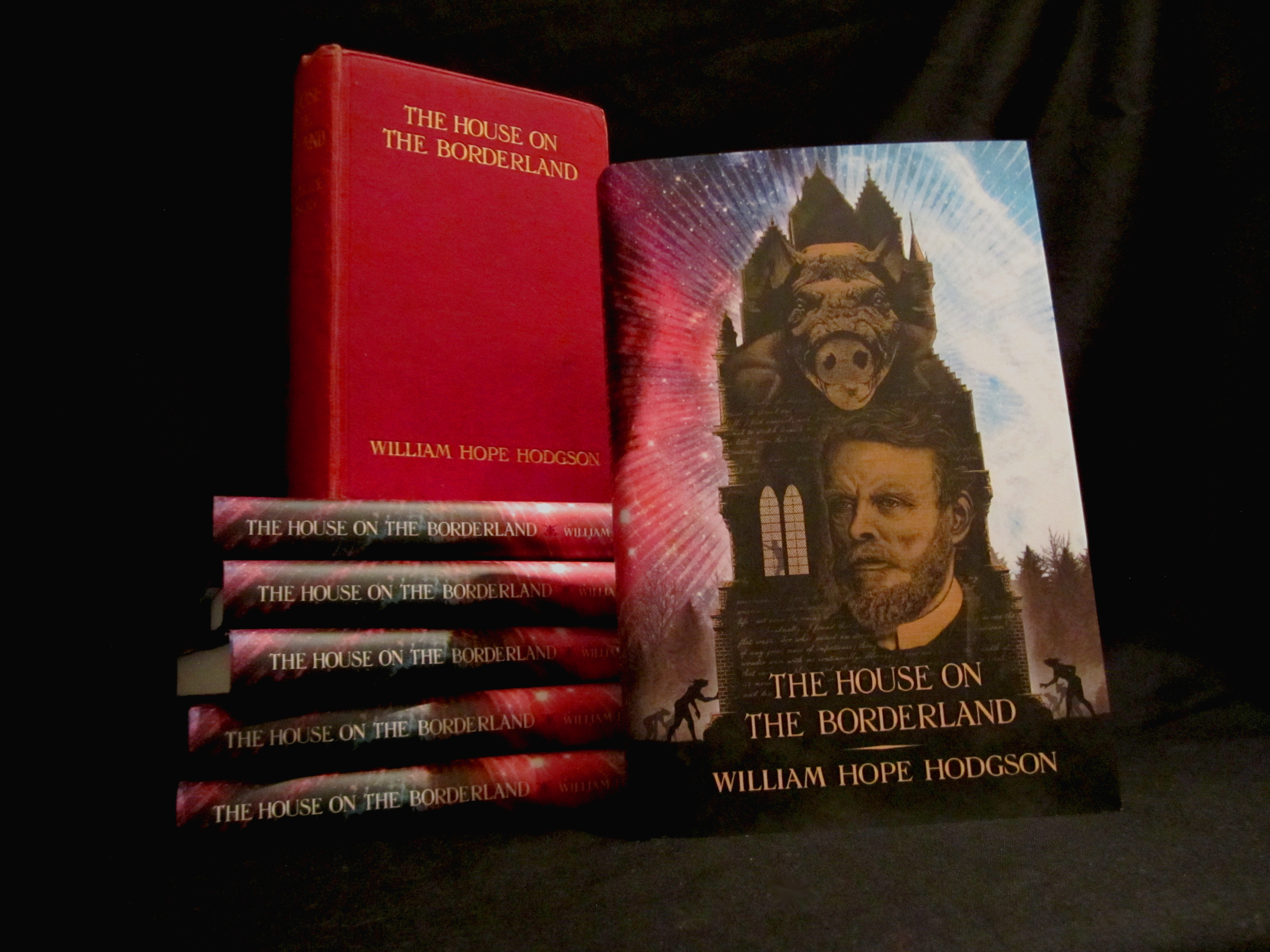 The next book was a long-time in coming: William Hope Hodgson’s The House on the Borderland. This title is one of the two of which I own excessive multiple editions: the Chapman & Hall, 1908; the Arkham House, 1946; plus innumerable paperbacks, etc. The situation really is ridiculous, folks. I figured the logical next step would be to publish my own edition. And this I did, with my dream line-up consisting of Alan Moore (introduction), Iain Sinclair (afterword), John Coulthart (illustrations), and Jon Mueller (soundtrack) — everyone who participated shares a deep admiration for Hodgson’s masterpiece, which is really the only way to do a project like this one. Apart from some production difficulties (ugh), we produced a beautiful signed edition just in time for the 100th anniversary of Hodgson’s death at Ypres in late April 1918. Alan declared it the finest edition of The House on the Borderland that had ever been published. Some reviews can be read here, a wonderful discussion between John Coulthart and Jon Mueller is here, and if you want to listen to Jon’s soundtrack (and even buy a digital copy), you can do that here. 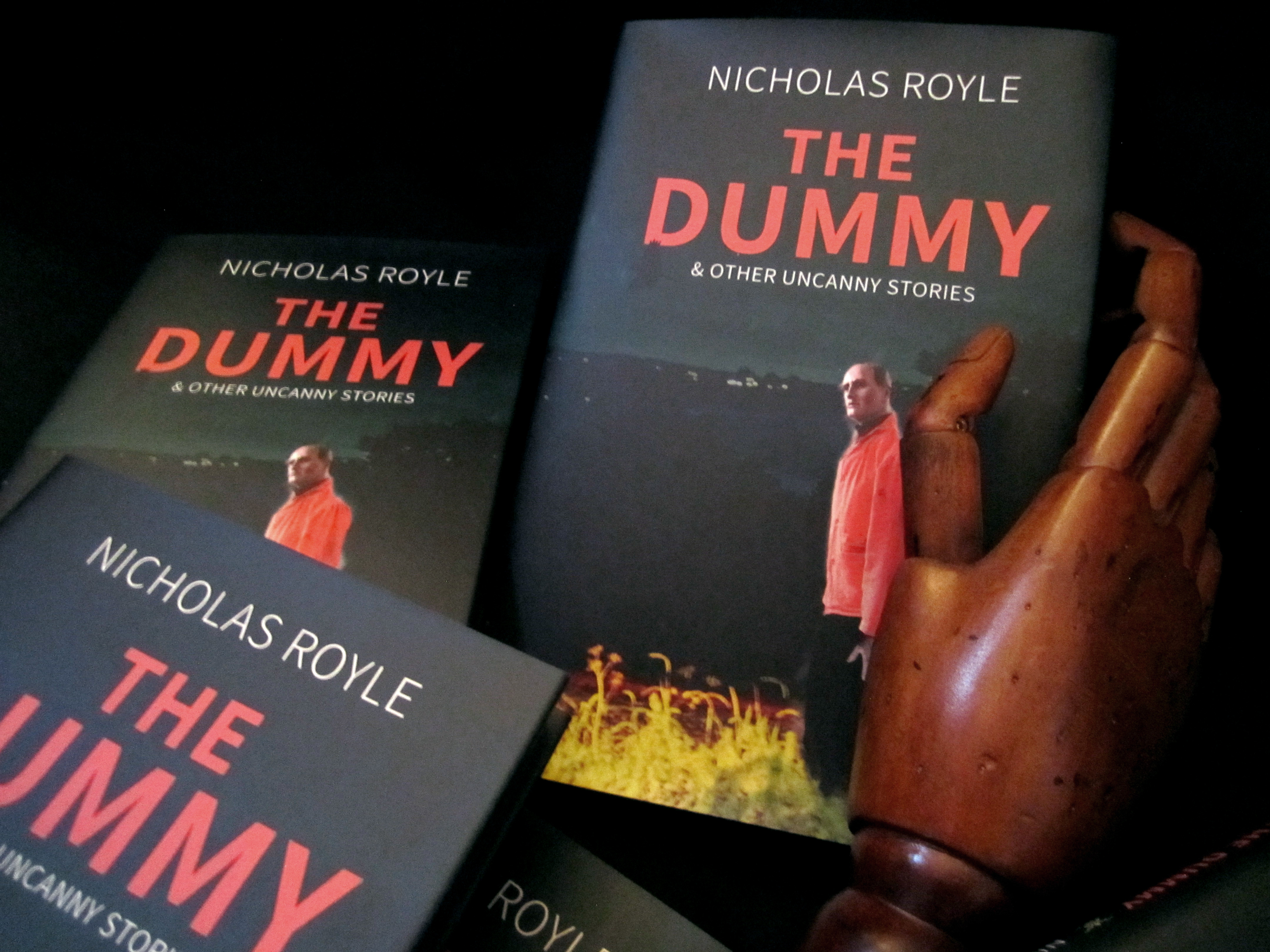 Next was up may well be our most unsettling book of the year: Nicholas Royle’s The Dummy & Other Uncanny Stories. Apart from his introduction to Joel Lane’s The Anniversary of Never (2015), this is the first time I’ve worked with Nick. I suffered a few sleepless nights due to him, but sure, it was worth it. The stories evoke the uncanny in the Freudian sense, and that cover by Bill Bulloch is most disturbing. Reviewer Mario Guslandi also liked the book: “Royle’s dark fiction is always worth reading . . . His storytelling is impeccable, his plots always interesting and his characters credible.” If you’re still not convinced, you can read an interview with Nick here. You need a copy if you don’t have one already. 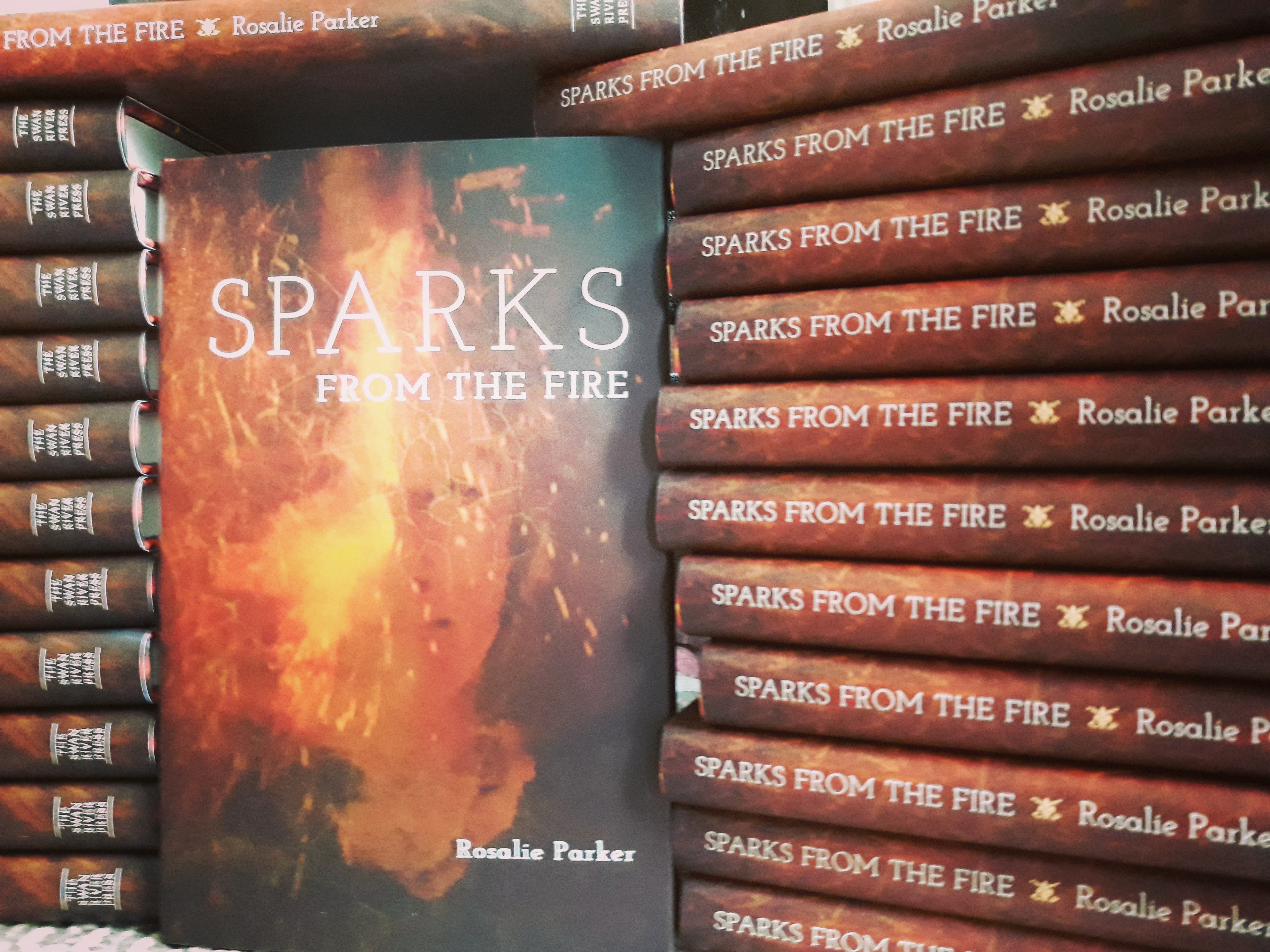 Shortly after The Dummy, we published Rosalie Parker’s Sparks from the Fire. This book was special not only because I got to work with Rosalie again, but also because Rosalie’s collection The Old Knowledge (2010) was the very first hardback book we published, ushering Swan River into a new era. Publishers Weekly gave a favourable review to what is one of our most popular books of the year: “[Parker’s] treatment of the fantastic is often so light and ambiguous that stories in which it does manifest are of a piece with tales such as ‘Jetsam’ and ‘Job Start’, sensitive character sketches whose celebration of life’s unforeseen surprises will appeal to fantasy fans as much as the book’s more overtly uncanny tales. Parker proves herself a subtle and versatile writer.” Naturally, I think you should buy a copy. Here’s an interview with Rosalie conducted by Jason E. Rolfe and some more reviews. 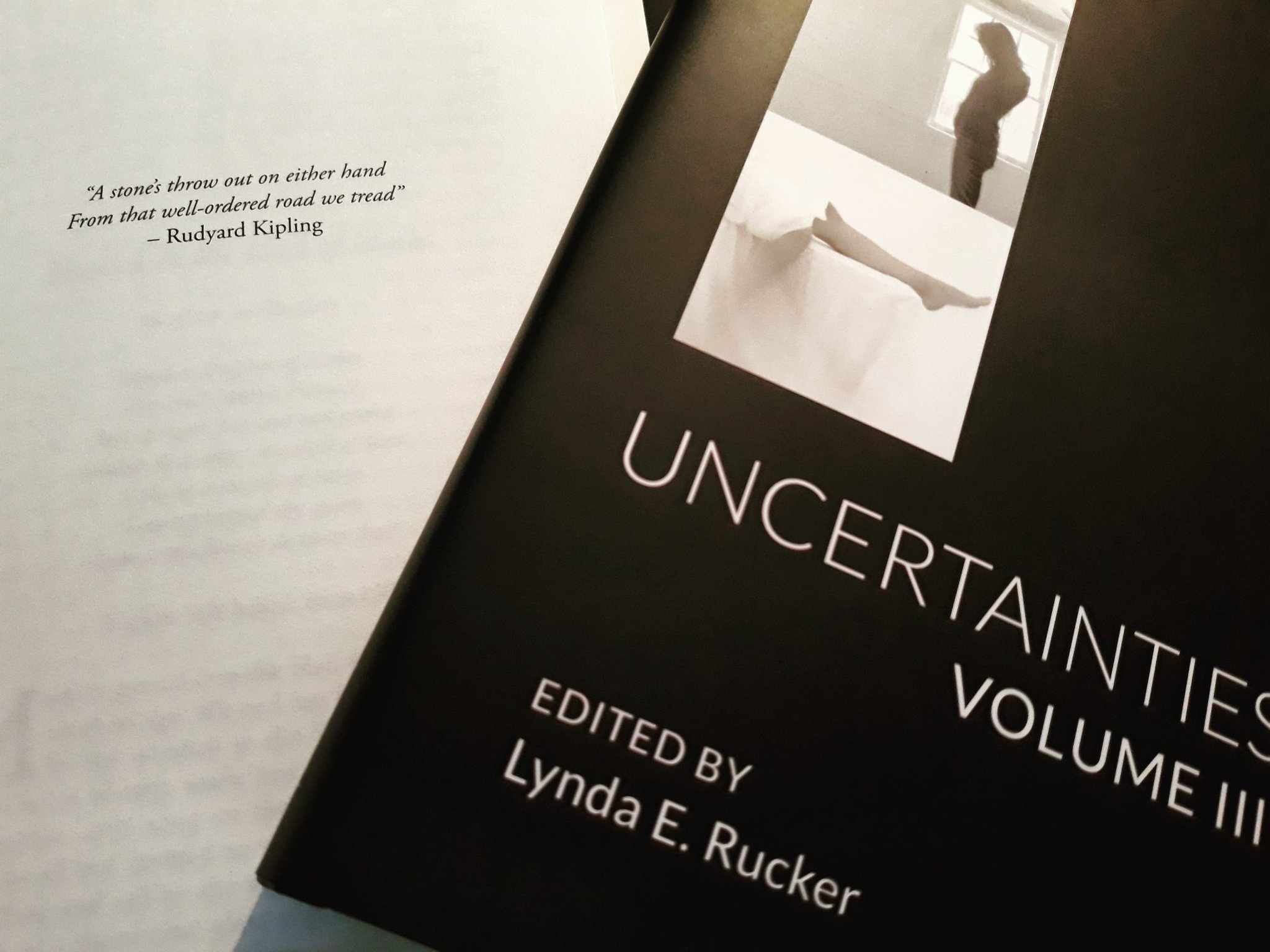 And then there’s Uncertainties 3. I edited the first two volumes in 2016. This year, to keep things fresh, I handed the reins over to Lynda E. Rucker, whose collection You’ll Know When You Get There (2016) I hope you’ve already enjoyed. Lynda did a superb job in selecting stories, showing the broad range of what supernatural literature in all its guises can do. Do take a peek at the line-up! In addition to some great reviews, Joyce Carol Oates wrote in the Times Literary Supplement that, “Among the most memorable books I’ve read this year are [ . . . ] several slender, elegantly designed collections of short stories of the uncanny (Uncertainties Vol. 1, 2, 3) published by Swan River Press.” Okay, so she has a story in the anthology too, but still! In addition to all that, Robert Shearman’s “Bobbo”, Lisa Tuttle’s “Voices in the Night”, and Rosanne Rabinowitz’s “The Golden Hour” were chosen for Best British Horror 2019! I don’t know about you, but I’m very much looking forward to Timothy J. Jarvis’s turn as editor for Uncertainties 4 next year. 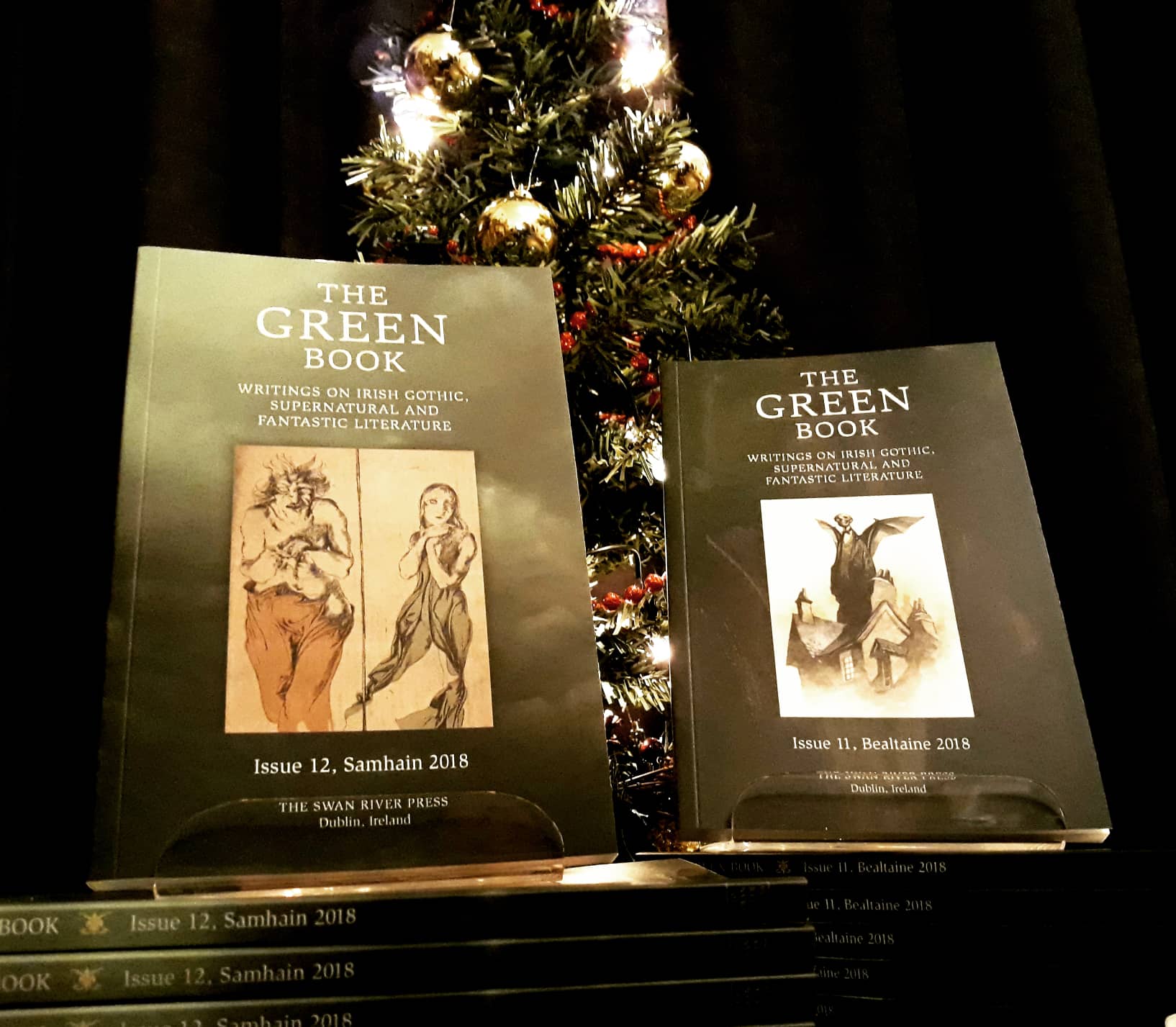 Then there are issues 11 and 12 of The Green Book, the former of which was excessively late this year. I apologise. Anyway, issue 11 boasts cover art by none other than Mike Mignola. This marks the second time we’ve worked with Mike — anyone remember the first? Issue 11 features articles on Lord Dunsany, plus the first serialised entries from A Guide to Irish Writers of Gothic, Supernatural and Fantastic Fiction, a long-term project I’m working on with Jim Rockhill. Issue 12 features more entries from the Guide, and our issues for 2019 will continue with these. The project has has proved an extremely enlightening one. I’m learning loads and my reading list has grown like you wouldn’t believe. Intrigued? Stay tuned.

The reason The Green Book 11 was delayed for so long turned out to be one of the absolute highlights of the year for me. The second Dublin Ghost Story Festival took place in late June. As in 2016, the festival sold out long before this intimate event and proved to be just as enjoyble as its predecessor. The guest of honour was Joyce Carol Oates (!!), and the opening night’s entertainment was provided by the great Reggie Oliver, who is surely one of the finest writers of the supernatural tale. Other guests included Helen Grant, Andrew Michael Hurley, V. H. Leslie, Rosalie Parker, Nicholas Royle, R. B. Russell, and Lisa Tuttle, each of whom brought with them their passion for the genre. Ladies and gentlemen, you’d better believe we indulged the entire weekend in all things ghostly and strange, with discussions, readings, signings, and a trade hall that could easily claim the entire contents of your bank account. There are some photos over on Facebook. So will there be another Dublin Ghost Story Festival? I’d love to know the answer to that too! 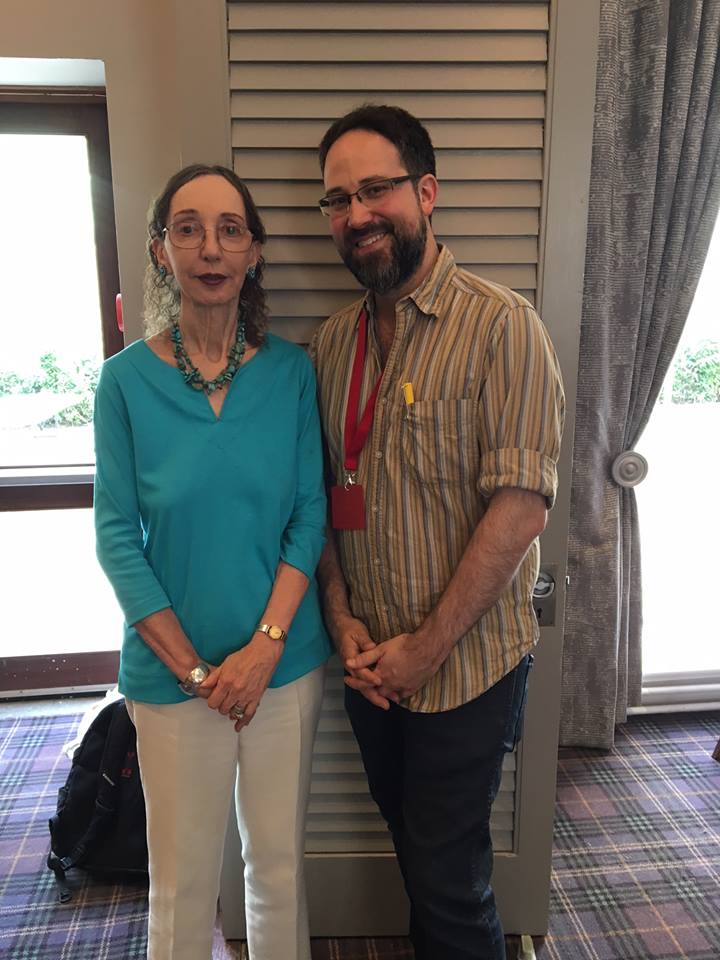 Sure, running Swan River Press isn’t always easy, but looking back over the year I can clearly see the late nights and hard work were worth it. Thank you again to those who have shown Swan River support through this past year. I raise my glass to everyone who read our books and shared them with friends, wrote reviews, attended the festival, supported us through patronage, or sent correspondence and kind words. And a special thanks as always to the Swan River team: Meggan Kehrli, Ken Mackenzie, and Jim Rockhill. They put in loads of work, and it’s due to their expertise that our books always look their best.

Oh! Before I forget, because I completely missed it during the year, October was our fifteenth anniversary — our first publication, a chapbook entitled “The Old Tailor & the Gaunt Man”, first saw print in 2003. I’m working on a bibliography, Fifteen Years of Swan River Press, which I’ll try to issue as soon as I can.

I promise you I’ve got a full publishing schedule ready to go for next year. Some titles I’m particularly excited about, so make sure you’re on our mailing list. It’s the best way to get the jump on all things Swan River. You can also join us on Facebook, Twitter, and Instagram. I look forward to hearing from you all again soon.