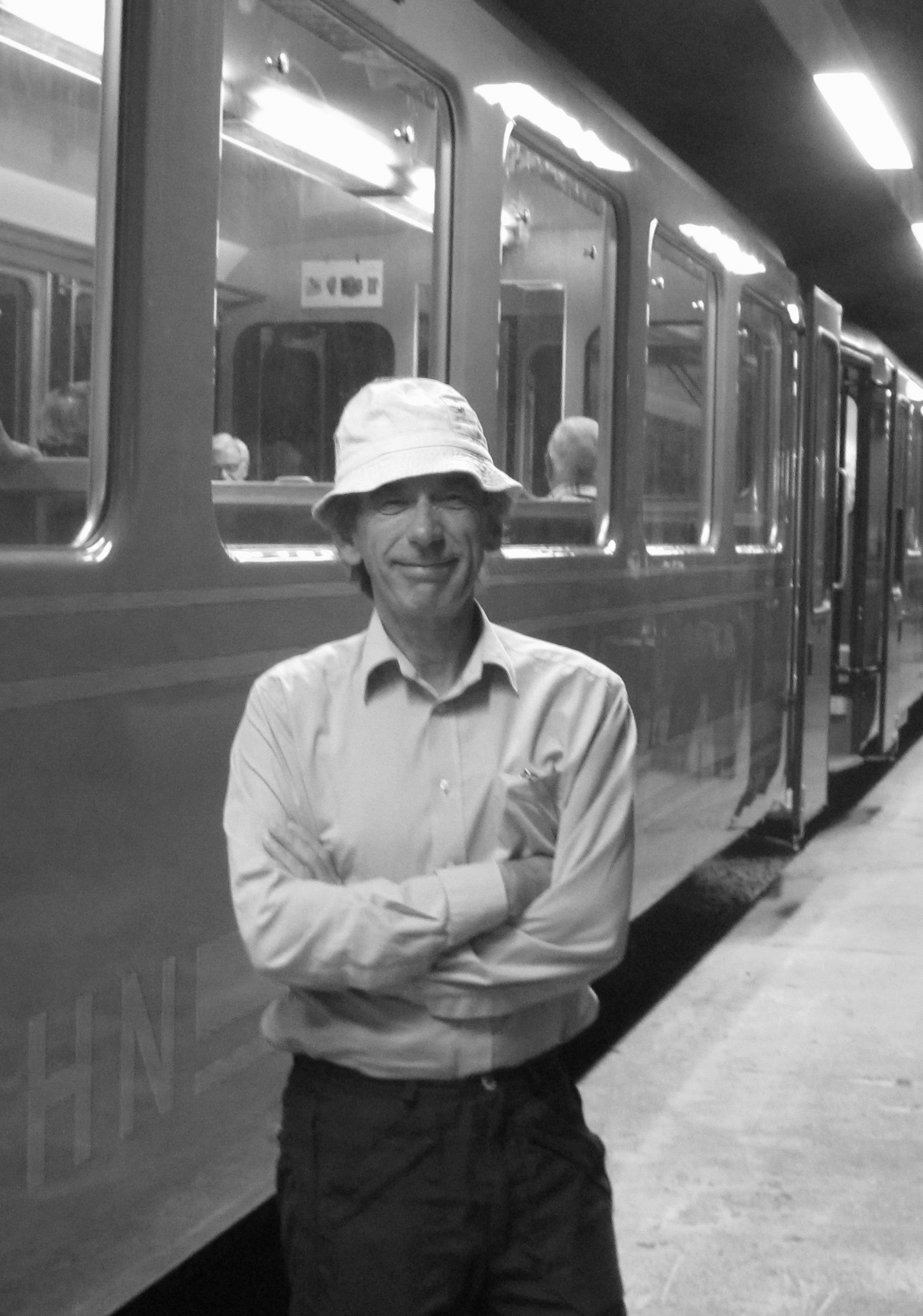 Last year I had the pleasure of meeting American critic Rick Kleffel from The Agony Column on his visit to Dublin. Rick has been supportive of Swan River Press from the start, and he seems to like a good few of the books we’ve published (though he’s not obliged to, of course!) In advance of his trip, Rick emailed me asking for contact information for authors he could visit with and interview on his extended trip to Ireland and Britain. One of the contacts I gave him was for the author Peter Bell who lives over in York.

Peter had long been a favourite writer of mine. I’d read his work in various anthologies and all the journals: Ghosts & Scholars, All Hallows, Supernatural Tales, among others. But one thing struck me as odd: for as much quality writing by Peter already out there, where was his collection? We’re long overdue a collection by Peter Bell, I thought, and a number of others shared this opinion. As it turned out, Peter had a book in the works with a publisher, but for one reason or another it languished and was never issued, much to everyone’s disappointment. 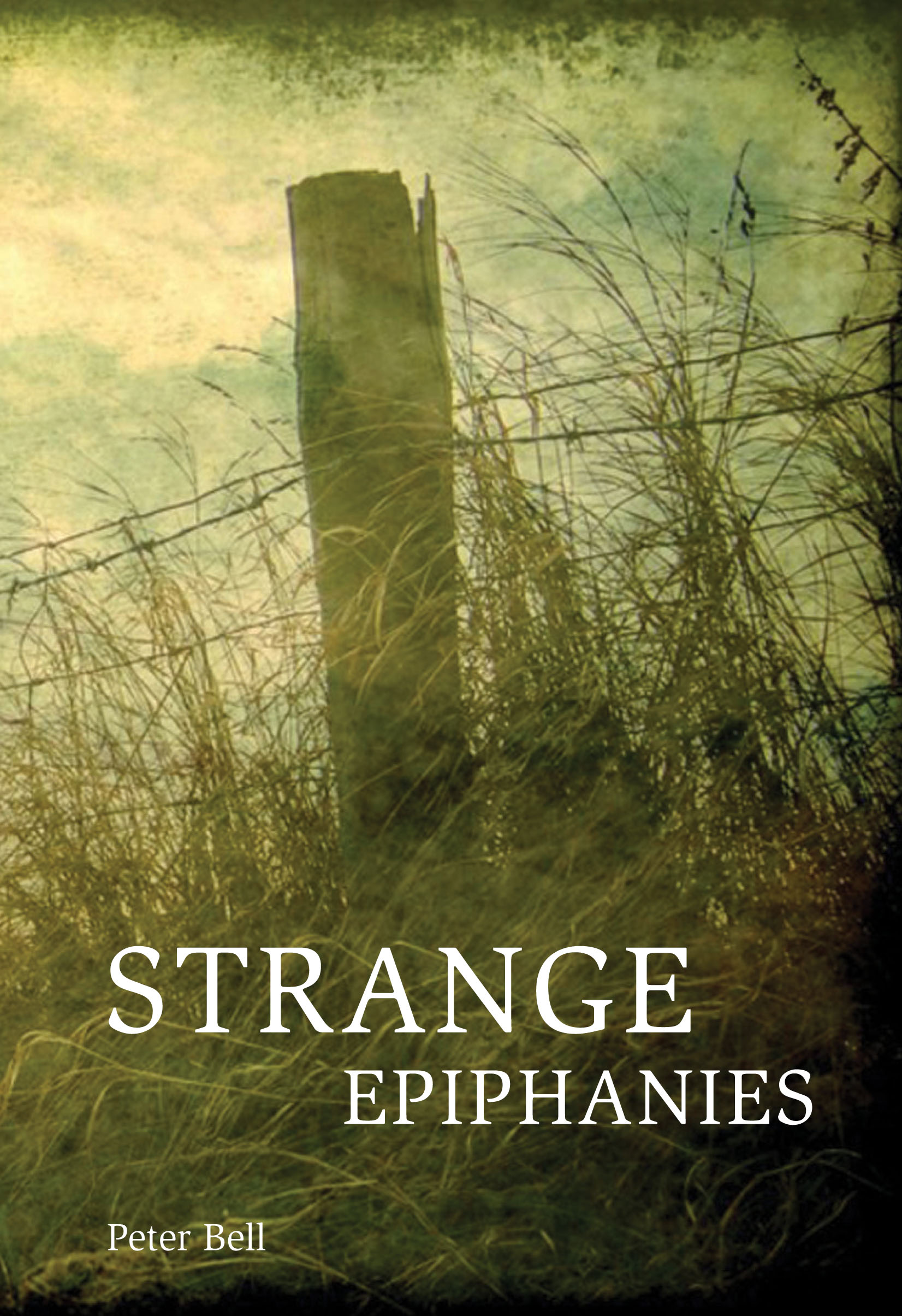 Around about this time I asked Peter what was up with his book already in the pipeline. Long story short, he had withdrawn it from the aforementioned publisher, and divided the stories into two separate and more focused collections. The first was a set of mystical tales that would become Peter’s long-awaited first collection and Swan River Press’s fourth hardback publication: Strange Epiphanies (April 2012). The second collection contained stories of a more Jamesian bent and was called A Certain Slant of Light (May 2012) published by my friend and colleague Robert Morgan of Sarob Press. Sadly both are currently out of print. But perhaps something can be done about that . . .

But back to the ever-industrious Rick Kleffel (seriously, this guy reads and reviews a ton of books; have a nose around his website). Just this morning Rick put online the fruits of last year’s meeting with Peter. And it’s fascinating stuff. It makes me want to go back and re-read both Strange Epiphanies and A Certain Slant of Light—and then start scrounging around those journals and anthologies for uncollected stories. But before that I’m going to write to Peter and make sure he’s still working on a second Swan River collection. 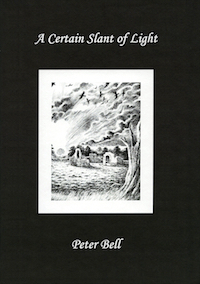 The first piece is a review of A Certain Slant of Light. Better late than never, and hopefully you’ll be able to track down a copy. In the review Rick notes the similarities to M.R. James, of course, but rightfully adds that, “Bell’s work bears his own unique stamp, in particular prose that captures numinous detail and protagonists who feel authentically weary of the pace of their own lives, however fast or slow that may be.” It’s not only this weariness, but also a sense of place that I think gives Peter’s writing its power.

The second piece in a seven-minute audio recording of Peter reading from his story “M.E.F.” (from Strange Epiphanies), and then talking with Rick about the story’s genius loci and inspiration for the tale. You can listen to it here.

Next, Rick conducted a much lengthier interview with Peter recorded on location in “a lonely pub in the midst of the wilds of Yorkshire”. It’s a comprehensive chat about Peter’s writing, his literary influences, history, topography, legend, and that ever-important sense of spatial ambiance that marks his writing. You can listen to that interview here.

And just for good measure, you can check out an interview with Peter from 2012 conducted by John Kenny for the Swan River Press website in advance of the publication of Strange Epiphanies. There’s also Rick’s original review of Strange Epiphanies you have have a look at here.

Peter Bell’s writing is worth exploring and even as I type this I lament that his collections are not more easily available. But they are worth seeking out, and I urge you to do so!