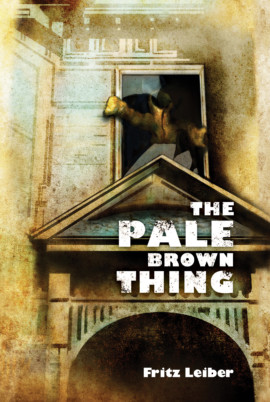 “The ancient Egyptians only buried people in their pyramids. We are living in ours.” – Thibaut de Castries

Serialised in 1977, The Pale Brown Thing is a shorter version of Fritz Leiber’s World Fantasy Award-winning novel of the supernatural, Our Lady of Darkness. Leiber maintained that the two texts “should be regarded as the same story told at different times”; thus this volume reprints The Pale Brown Thing for the first time in nearly forty years, with an introduction by the author’s friend, Californian poet Donald Sidney-Fryer. The novella stands as Leiber’s vision of 1970s San Francisco: a city imbued with an eccentric vibe and nefarious entities, in which pulp writer Franz Westen uncovers an alternate portrait of the city’s fin de siècle literary set—Ambrose Bierce, Jack London, Clark Ashton Smith—as well as the darker invocations of occultist Thibaut de Castries and a pale brown inhabitant of Corona Heights.

“Story-telling Wonder-questing, Mortal Me: The Transformation of The Pale Brown Thing into Our Lady of Darkness” – John Howard 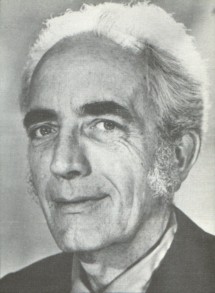 Fritz Leiber was born in Chicago on 24 December 1910. Although trained as an actor, he made his name among the pages of the pulp magazines of the 1930s and ’40s. After a brief correspondence with H.P. Lovecraft, Leiber began writing in earnest, penning classics of science fiction, fantasy, and horror, including Conjure Wife, the Hugo Award-winning Ill Met in Lankhmar, and the pioneering tale of urban supernaturalism “Smoke Ghost”. Leiber passed away in San Francisco in 1992 at the age of eighty-one.

“Leiber has constructed a plot in which every single detail adds to the whole, with suggestion and implication used to stunning effect, so that our sense of dread mounts ” – Black Static 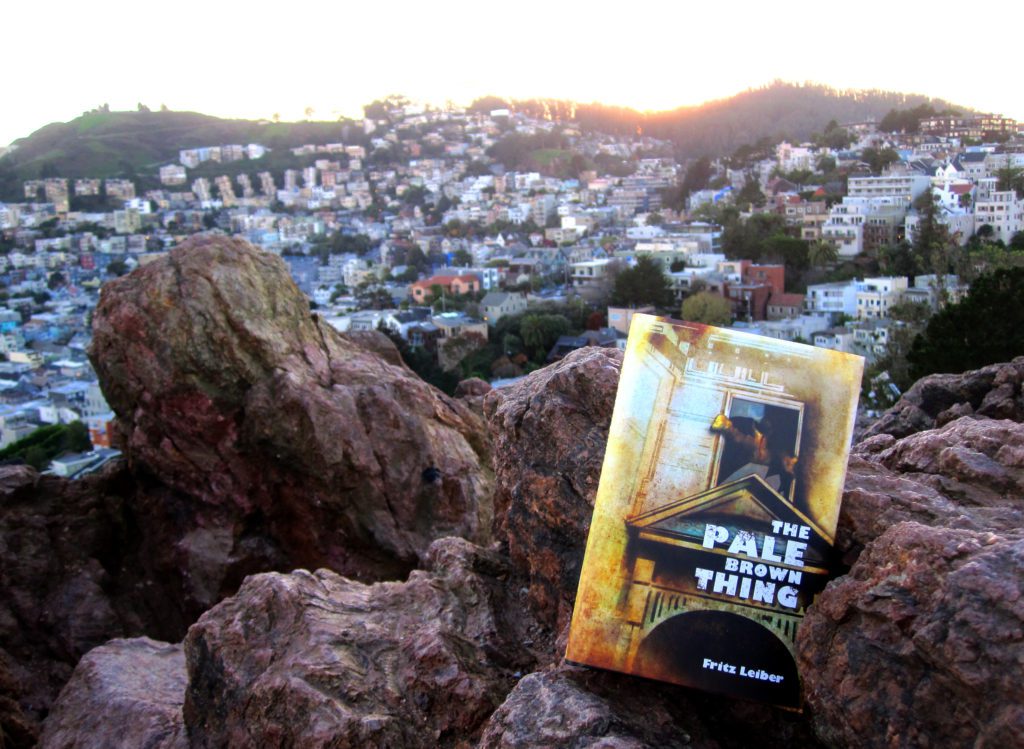 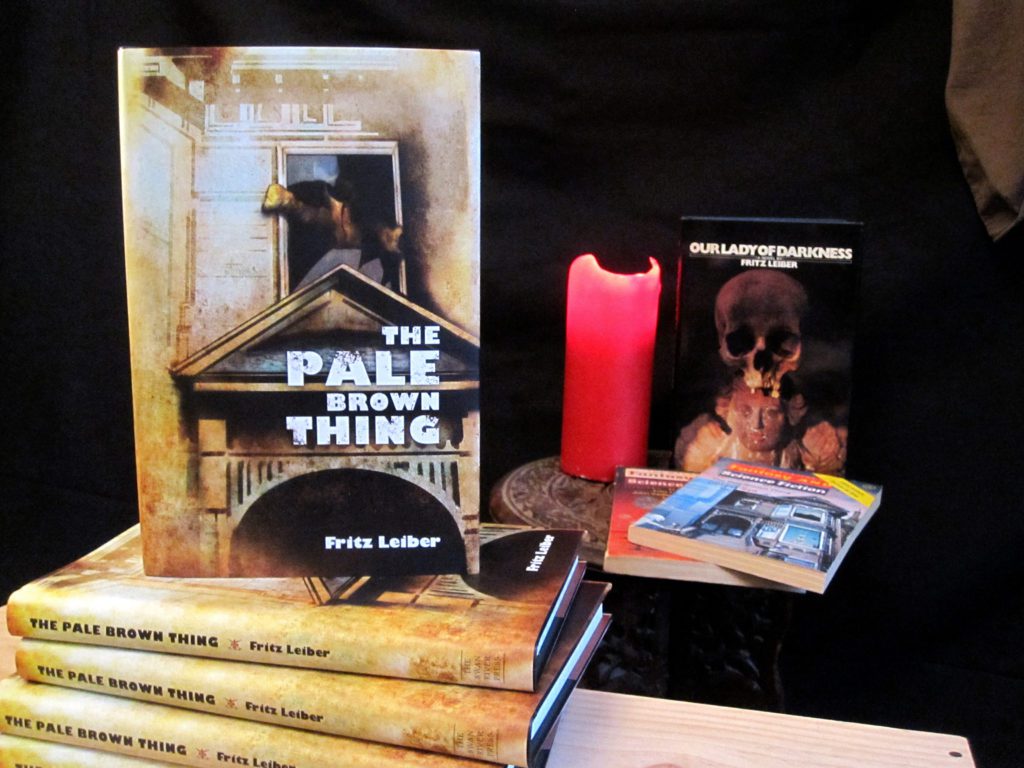 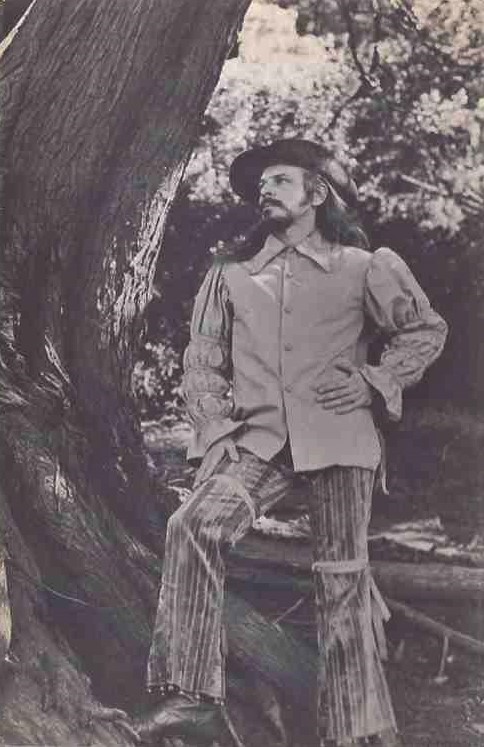 “The Power of Friendship”
An Interview with Donald Sidney-Fryer
Conducted by John Howard, © April 2016

Donald Sidney-Fryer was born in New Bedford, Massachusetts in 1934. He first met Fritz Leiber in the late 1960s; they remained friends until the end of Leiber’s life on 1994. Sidney-Fryer is best known as a poet (Songs and Sonnets Atlantean, The Atlantis Fragments), but has also written non-fiction on Ambrose Bierce, George Sterling, and other Californian writers (The Golden State Phantasticks). His landmark work, The Emperor of Dreams, was a landmark bibliography of his mentor Clark Ashton Smith. Sidney-Fryer lives in Auburn, California.

John Howard: “The solitary steep hill called Corona Heights was black as pitch and very silent, like the heart of the unknown.” It seems to me that even from its opening paragraphs The Pale Brown Thing is a fine example of what you say about Fritz Leiber and his work: that he wrote as a realist, albeit always with imaginative overtones, and that he wrote out of his own life. What attracts you to this sort of fiction, and why was Leiber so very good at it?

Donald Sidney-Fryer: Like fog (or mist), it restores life and things to their primal status as the unknown mysteries that they remain. And Fritz intuited exactly where to work on the reader’s sense of the unknown anent the uncertain boundary where reality leaves off and the imagination begins.

JH: Several great writers of supernatural horror and fantasy fiction are mentioned in The Pale Brown Thing. Ambrose Bierce and Clark Ashton Smith are, in effect, characters; Smith also invoked Lovecraft in the fictional diary. M.R. James is recalled by Westen with an eerie quotation, and Byers talks to Westen of “your beloved Arthur Machen”. What qualities do you think these particular writers and their work had that led Leiber to incorporate them in his own fiction?

DSF: Fritz incorporates them in his fiction for the most part in The Pale Brown Thing. Fritz recognized in these especial writers people or spirits akin to himself, who saw life and literature overall with a rare mix of scepticism and yet profundity. As Bierce puts it, “Can Such Things Be?” (Fritz, I believe, had a degree in philosophy.)

JH: “The sorcerer departs . . . ” Your bibliography of Clark Ashton Smith, Emperor of Dreams, is a fitting (and useful!) memorial to the man. I was going to ask whether you had ever actually met Smith, but as I re-read your introduction I was pleasantly surprised to find out that I’d forgotten that Emperor of Dreams had originally been intended as a tribute to be published during his lifetime. So I assume you did meet Smith – could you share some impressions or memories of him? Are there any particular poems or stories of Smith’s that you constantly return to?

DSF: I met C.A.S., visited him, twice in Pacific Grove, Calif., Aug. 1958 and Sept. 1959, respectively. Here he lived with his wife, Carol Jones Dorman – incidentally she took very good [care] of him. (They were passionately in love.) It’s a consolation to know that he could pass his final years in comfort and with apt (and pleasant) companionship! I have recorded my two visits with C.A.S. succinctly in “The Sorcerer Departs” and in detail “A Memoir of Timeus Gaylord”—now both gathered in my collected essays The Golden State Phantasticks (Hippocampus Press). In those two essays I give my memories and impressions of him as a person (very low-key, incidentally—also, very mellow and gentle—which did not rule out an occasional satiric or ironic remark).

I largely return to his poetry, Ebony and Crystal, Poems in Verse and Prose (1922), which I first discovered in 1957, and then, even more in 1960. (Sandalwood [1925] is also an inexhaustible collection.) His tales first attracted me to his oeuvre (= output), of course, often as remarkable in some respects as his poetry.

JH: One theme within The Pale Brown Thing could be “the power of friendship”. Jaime Donaldus Byers is certainly one of the more intriguing characters in the story—and, as you say, Fritz Leiber did very nicely by him! When did you first meet Leiber, and how did your friendship develop?

DSF: I had read Ah! Sweet Idiocy!: The Fan Memoirs of Francis T. Laney the summer of 1960 or so. He mentions Fritz and Jonquil Leiber as being extant in Santa Monica, and so I thought that I’d look them up (I lived in Pacific Palisades while attending U.C.L.A.), which I did. Our friendship began at once (in March 1961) because we had so many affinities in common, in culture and literature. Also, they were simply marvellous people, and remained my friends until their decease, first Jonquil, then Fritz. They introduced [me] to many treasures: Machen’s novel The Hill of Dreams and James Elroy Flecker’s drama Hassan among others, for example, not to forget, their urging me to read Spenser! 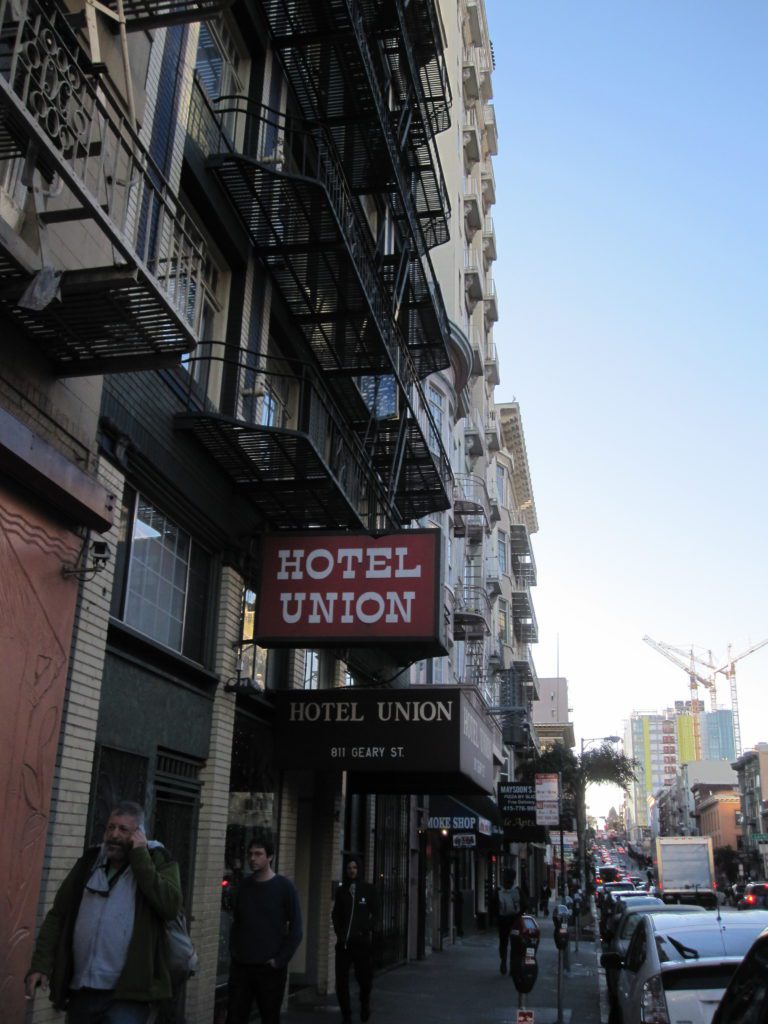 JH: The dust-jacket of Songs and Sonnets Atlantean carries a photograph, taken in Buena Vista Park, of you clad in your troubadour-poet costume. And Leiber’s tribute poem in the book ends “Just so, through modern gloom, Fryer shines bright.” The “Last of the Courtly Poets, in the Service of the Faerie Queene” must have cut quite a distinctive figure, even in San Francisco during its “Hippie Period”! What attracted you to the courtly poets, and especially Edmund Spenser? How do you still try to shine through modern gloom?

DSF: I try to enhance positive people and things, and through my own work. If I cut a distinctive figure, it happened only thanks to the many people whom I got to know in the Bay Area, 1965-1975, whether hippie, straight, or mixed (not to mention the large gay community). People had much conflicting opinions about Spenser that I decided to enact parts of The Faerie Queene as dramatic readings. People (mostly schools) reacted favourably, and so I performed certain cantos (or parts of them), wherever I could, for the next twenty years, plus poetry by C.A.S., etc. I mostly perform my own stuff now.

John Howard was born in London. His books include The Defeat of Grief, Numbered as Sand or the Stars, Written by Daylight, and Cities and Thrones and Powers. Secret Europe is a joint collection written with Mark Valentine, with whom he also collaborated on several of the stories in The Collected Connoisseur. Howard’s articles on weird fiction and its classic authors are gathered in Touchstones: Essays on the Fantastic.