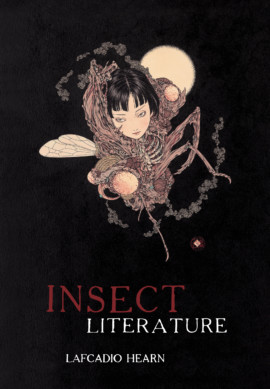 “The insect-world is altogether a world of goblins and fairies.”

As Lafcadio Hearn observes in his essay “Insects in Greek Poetry”, “the capacity to enjoy the music of insects and all that it signifies in the great poem of nature tells very plainly of goodness of heart, aesthetic sensibility, a perfectly healthy state of mind.” And to this, one might add a keen sense of wonder.

Insect Literature collects twenty essays and stories written by Hearn, mostly in Japan, a land where insects were as appreciated as in ancient Greece. With a witty gentleness bordering on the eerie, Hearn describes in these pieces the song of the cricket, the spectral flight of dragon-flies, quotes the entomological haiku of classical Japan, and recalls Buddhist tales in which the souls of insects and men are never far one from the other. 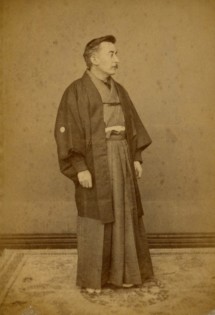 Born on the Greek island of Lefkada, Lafcadio Hearn (1850-1904) was brought up in both Ireland and England. At nineteen he emigrated to the United States where he became a journalist. After a sojourn in the French West Indies, he sailed for Japan in 1890. Hearn wrote extensively about his new homeland, its tales, customs, and religions, acting as a bridge between Japan and the Western world. He died in Tokyo where he is buried under his Japanese name, Koizumi Yakumo.

“Reading Insect Literature was refreshing and invigorating; so many new interests were piqued, so many theories were sparked. Almost every page holds some titbit of insect life or insect symbolism that I had either overlooked or never come across.” – Dublin Inquirer

“[Insect Literature] is gorgeous little illustrated hardcover reprinting twenty essays by the Irish-Greek writer who made his name in Japan, where he lived and died. An introductory essay by Anne-Sylvie Homassel is included. It’s definitely a wonderful book to dip into.” – Ellen Datlow

“Something for everyone would seem to have been the guiding principle in putting this collection together and it works splendidly well, both as a showcase for Hearn’s writing and by offering us an insight into little known aspects of Japanese culture.” – Black Static

“For Hearn, the lifelong quest for ‘other-worldliness’ that ultimately led him to Japan was exactly the same impulse that drew him to the world of insects . . . The other great star of this sumptuous book, apart from Hearn himself, has to be its publisher, Swan River Press, which with meticulous care has created a beautiful edition replete with original illustrations and superb cover design.” – Japan Times

“With this remarkably unusual work, Hearn sheds light on the strange universe of insects as well as their connections to the spectral world in the Japanese tradition; by merging myth, philosophy, poetry, and popular fancy, he has created a bewitching mixture of the elaborate and the bizarre.” – Irish Journal of Gothic and Horror Studies

“This beautifully produced book—a credit to the pains taken by its publisher—offers a pathway into one of the nineteenth century’s most absorbing and rewarding writers . . . It is indicative of Hearn’s genius that he can endow the seeming smallness of things with universal meaning.” – The Green Book 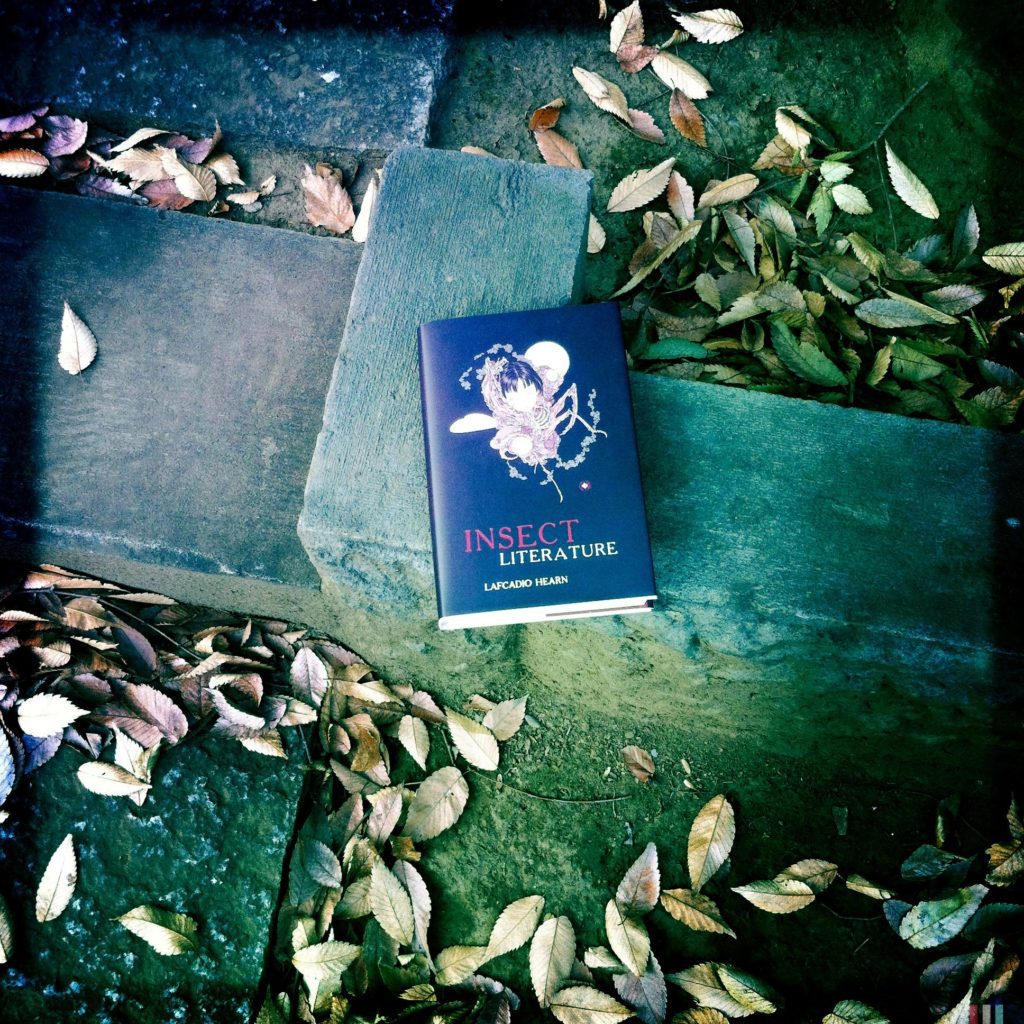 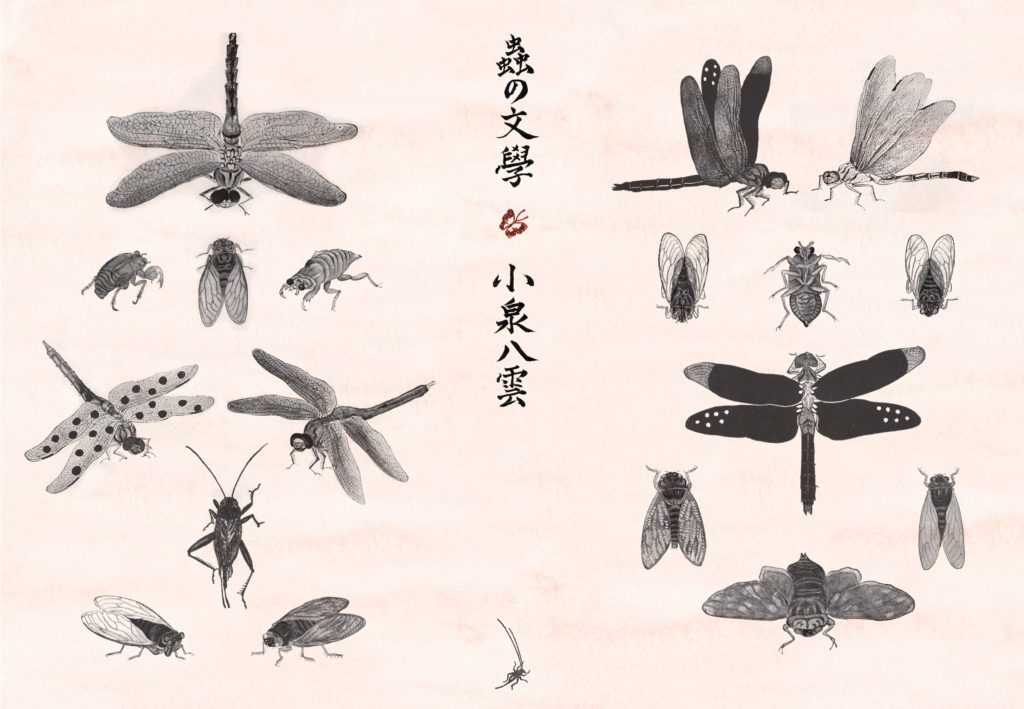 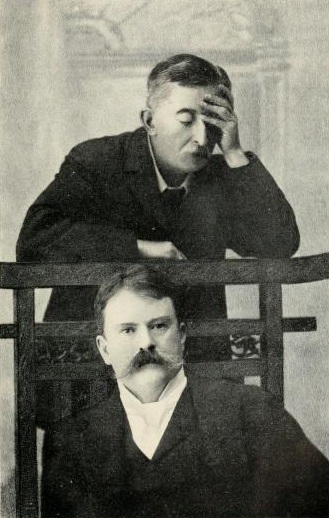 “A Letter from Mitchell McDonald”

A reproduction of the following holographic letter was printed at the front of the first edition of Insect Literature (Hokuseido, 1921). It was written by Mitchell McDonald (pictured left, with Hearn), a paymaster for the United States Navy and also the principal owner of the Grand Hotel in Yokohama. In addition to their close friendship until Hearn’s death in 1904, Mitchell also served as the author’s literary executor. Mitchell McDonald perished in the Great Kanto Earthquake in September 1923.

The letter is addressed to R. Tanabe, T. Ochiai, and M. Otani, commending their efforts on the bilingual “Hearn Memorial Translations” series, of which Insect Literature was a part. Otani, who was also a former pupil of Hearn, translated the book into Japanese, which appeared beside Hearn’s original English texts.

As a friend of Lafcadio Hearn’s, and for that and other good reasons, a friend of yours, I am taking the liberty of saying that in your “Hearn Memorial Translations” you are “running true to form”—a thing to be confidently expected of course—in the proof you give that his whole-souled affection for his Japanese pupils and associates was not at all misplaced, but on the contrary was strikingly warranted in the hearty return to him in full measure of a like affection.

I want to say further that to have had as your teacher a literary star of first magnitude (now blazing alone in the literary firmament as yet without schools or satellites) is a distinction to be exceedingly proud of, but that which is something still more to be proud of is the service you are, yourselves, now in the way of rendering those of the present and rising generations of Japan, who have room in their hearts for love of country—and who are they that have more room in their hearts than the Japanese have for love of country?

In that matter, Hearn must have been Hearn—sent to Japan that with his mighty pen he could acquaint your own intellectuals as well as the outside world with the virtues of the great People of that time a newly recognized member of the Family of Great Nations. Your people have long been made familiar enough with those who looked only for Japanese vices and finding, of course, some that are common to all mankind—now let them become intimately acquainted with the man who looked for, found, could see and could tell what was to be applauded in them—much more, in fact, than they themselves were even faintly aware of—to their glory be said!

The time has come when Japan should learn what it means to “know thyself” as seen in the study of Hearn’ s writings—and at the same time thus to learn English at its best, for, after all, a wide and intimate knowledge of English is a practical consideration of utmost importance. In fact, not the least important feature of what you are doing for your people is making it possible for them to participate with you in the work of the man of whom it was said by the distinguished Associate Professor of English at the Columbia University, New York—John Erskine, Ph.D .—that his (Hearn’s) lectures were “criticisms of the finest kind”, unmatched in English unless we return to the best in Coleridge, and in some ways unequaled by anything in Coleridge!

Your familiarity with the language—thanks to Hearn—qualifies you to put his incomparable English into Japanese as nearly as it can be done, but the greatest service you are doing your fellow scholars lies in giving them Hearn’s English, at the same time that you make it accessible to the Nation at large.

To speak only of the very beginning of your “Hearn Memorial Translations”—every one of the five books a gem of first water—is to invite attention to what stirs the emotions to the depths of the soul, and, any fair-minded man, having read it, who wouldn’t at once resent an unkindness—much less an injustice—to the kind of people there described, is unimaginable.

The time is bound to come when present day insanity wherever existing will be made to give way to soundness of mind, and in that time the benevolent influence of Hearn’s work and that of his disciples will be keenly felt and fully appreciated. Haste the day, dear good friends, and believe me