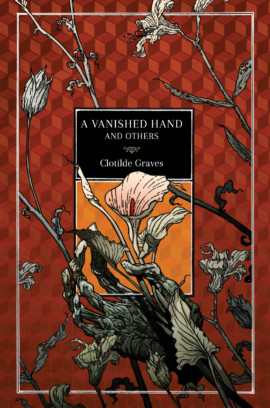 “Only the dead are faithful to Love—because they are dead.” 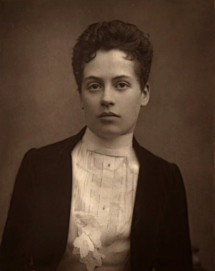 Clotilde Graves (1863-1932) was born in Co. Cork on 3 June 1863. Often unconventional and uncompromising, she not only adopted a male pseudonym, but male dress and manners as well. Under the name “Richard Dehan”, she wrote historical novels as well as several collections of short stories. Her popular novel The Dop Doctor found success on the screen in 1915. Graves retired in 1928 to a convent in Hatch End, Middlesex, where she died on 3 December 1932.

“[A Vanished Hand] assembles thirteen tales showing Graves’ contribution to what we call now speculative fiction, ranging from the ghostly to the horrific, from the paranormal to the downright supernatural . . . her writing style is always effective and extremely captivating.” – Black Gate

“The sheer variety of fiction here shows that Graves was an immensely versatile writer.” – Supernatural Tales 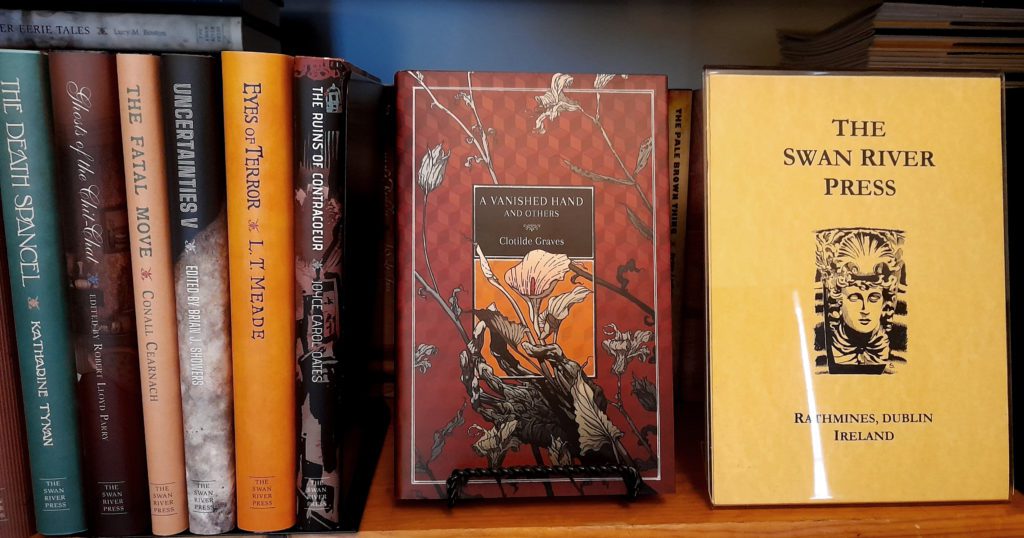 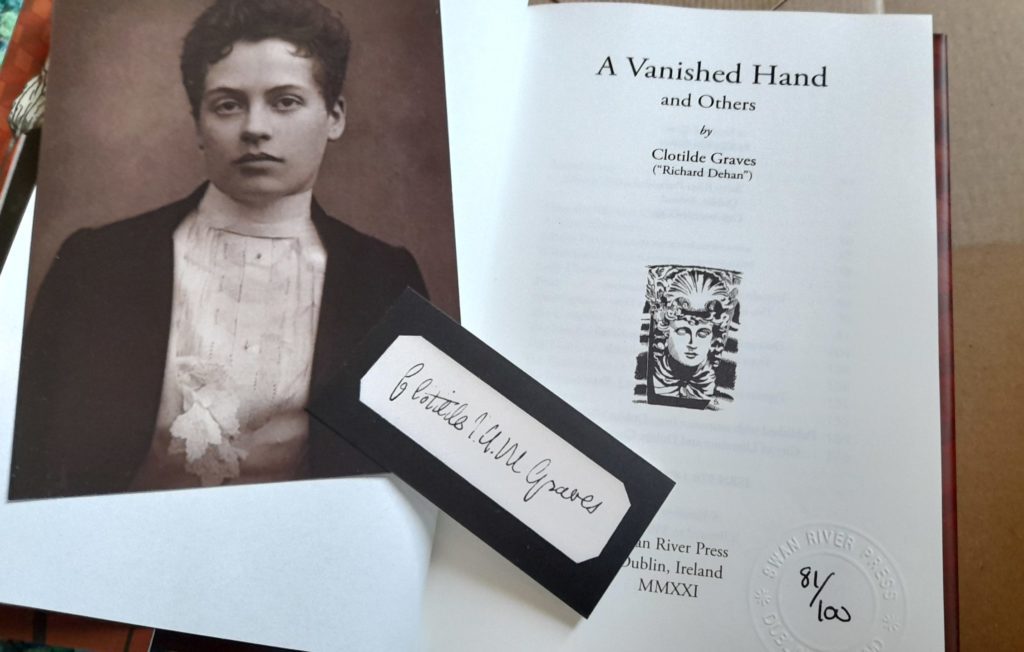 Melissa Edmundson specialises in nineteenth and early twentieth-century British women writers, with a particular interest in women’s supernatural fiction. She is author of Women’s Ghost Literature in Nineteenth-Century Britain (2013) and Women’s Colonial Gothic Writing, 1850-1930: Haunted Empire (2018). Her anthologies include Women’s Weird: Strange Stories by Women, 1890-1940 (2019), Women’s Weird 2: More Strange Stories by Women, 1891-1937 (2020), and a collection of Elinor Mordaunt’s fiction, The Villa and The Vortex: Supernatural Stories, 1916-1924 (2021). 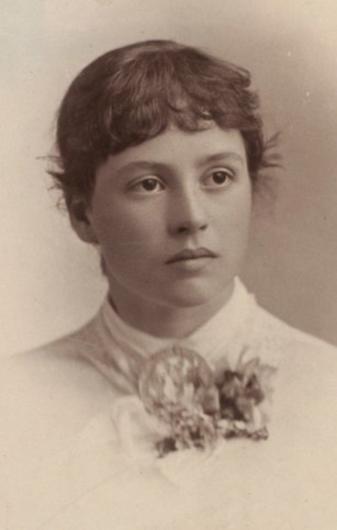 “Were it for any other paper in the world than The Gentlewoman I wouldn’t have let you come at all,” said Miss Clo Graves, as I settled myself for a chat in her pleasant studio, which is situated in a quaint dip off an airy road within sight of Primrose-hill. “You would never believe what I’ve suffered from the irresponsible interviewer! Usually he begins something in this style:—‘Miss Clo Graves is a bright and intellectual Irishwoman. She arrived alone and unprotected in this country with eleven little brothers and sisters under one arm, and a red herring under the other as her sole means of support. After unheard-of privations and a heroic struggle with the realities of life she has attained—’ et cetera. And hardly a word of truth in the whole of it.”

Somewhat staggered at this trenchant view of my really quite innocuous tribe, I hastened to inquire what the real facts of my hostess’s experiences were.

Her first literary effort was made very early in life. “Only the other day,” she said, “I found in a forgotten drawer the worn-out manuscript of a burlesque version of the Idylls of the King that I wrote when I was twelve. We acted it, I and my brothers and sisters, in a big garret that we used to play in; but I never had much chance in our theatricals, because an ambitious sister always took all the best parts.”

With some hesitation, I asked what happened when Miss Graves’s family left Ireland.

“Now you’re getting dangerously near the eleven brothers and sisters and the bloater,” laughed Miss Clo Graves, to whom a blue and gold Japanese kimono proved remarkably becoming. “However, I’ll confide to you that the well-known Bishop of Limerick is the head of the family and that my father was a soldier. At one time, his regiment being stationed in Southsea, we resided in that town, and it is the manners and customs of the girls there that I have burlesqued in The Mother of Three—you remember the place is called Rocksea in the play. Later on we lived in the Isle of Wight, and eventually removed to London for the sake of my artistic education.”

“You began life as an art student?”

“Yes, black and white work, at Queen-square School, and paid my own expenses there by working for Fun and Judy. There was a time when I wrote three pages of Fun weekly—mostly burlesquing new stories; I used also to design little grotesque illustrations to my own work in pen and ink outline.”

Of editors—that much-maligned race—Miss Clo Graves speaks most warmly. The courtesy she has always received from them, she declares, has made her work a pleasure, while to the kindly criticism and wise counsel of Mr. Clement Scott and Mr. Alfred Watson, under whose editorship she worked some years ago, she considers herself very greatly indebted. Magazine writing has, of course, long claimed her for its own, as witness her admirable serial now running in The Gentlewoman, and the innumerable stories and articles she has contributed to The World, The St. James’s Gazette, The Sporting and Dramatic, and, indeed, to nearly all the leading weeklies. At one time she even edited a daily column in an afternoon paper, and anyone who has ever done that will know what it means.

After spending some time in studying at the Queen-square School of Art, Miss Clo Graves tried her luck on the stage, and for four or five years threw in her lot with stock companies and provincial tours, in the course of which experience a probably unique offer was made to her. She was asked to undertake the responsibilities of assistant stage manager of a burlesque company—an honour she gratefully declined.

“Now, tell me,” I entreated, “about your plays, the technical excellencies of which you have already, to some extent, accounted for.”

“Well,” responded the author of them, “as to The Mother of Three—which by the bye I wrote in six weeks—I have already had six applications for the acting rights from America, four from Australia, eight from the English provinces, three from Germany, one from Austria, and one from Italy, not to mention the negotiations which are now in progress for the production of the play in Paris. The idea is, I think, original inasmuch as it was not derived from the French, or, indeed, taken from anybody! Indeed, I may say my Triplets have broken new ground; the little sketch, ‘Husband Hunting’, which I wrote for The Gentlewoman at Christmas being the only other use I have ever made of the idea of three poor girls going out by turns in a single evening gown.”

“The first play I ever wrote was Nitocris, which was produced at Drury Lane in 1887. I was then working in London, and was especially engaged in writing pantomime lyrics for Sir Augustus Harris’s use. He by chance discovering that I had lying by in a cupboard a poetical play of my own in five acts, generously offered the use of Drury Lane Theatre and the scenery of the opera Aïda for the matinée. This I was able to arrange for, and Nitocris was duly performed, the late Miss Sophie Eyre playing with magnificent effect the leading part.”

The next theatrical venture in which Miss Clo Graves was interested was a dramatic version of Rider Haggard’s She, to which Mr. Edward Rose had already written a prologue when she was asked to collaborate with him. This she accordingly did, and the result was moderately successful.

After this came Rachel, a one-act poetical play produced at a series of matinées at the Haymarket Theatre. And then, alas! Miss Clo Graves fell ill from overwork, and for seventeen weeks was prostrate with brain fever. During this long illness she was attended by a most clever physician whose character afterwards furnished the personality of Dr. Neill in the play of that name. “Indeed,” says the author, “Dr. and Mrs. Neill was written as a testimony of gratitude to the medical profession.” In 1891 the Kendals took Katharine Kavanagh—a three-act drama adapted by Miss Graves in collaboration with Mrs. Oscar Beringer from Miss Graves’s successful novel Dragon’s Teeth—on tour through the United States, and in 1893 came the production by Mr. Augustin Daly of a one-act German mediaeval play, entitled The Knave, at Daly’s Theatre, New York. The part of Mockworld was created by that greatest of comedians, Miss Ada Rehan, and the piece met with an enthusiastic reception from public and press.

“And the next production?” I ventured. “Of course you are writing a new play. Is it indiscreet to ask after it?”

“Very,” responded my hostess, “and I shall only tell you that it will be a Society comedy, and that I am collaborating with another writer—a woman—in its production.” And with this meagre information I had perforce to content myself.

And then my hostess drew my attention to curios and the many quaint Chinese and Japanese articles which adorn the walls of the studio, and which have been sent home by her brother, Captain Graves, of the Chinese Imperial Service, who was one of the famous five Europeans who fought in the great naval battle before Wei-hai-wei. In the hall, as I departed, I was confronted by a huge wooden slab to be erected in the garden to the memory of “Boojum, a faithful little cat”, a black Persian which for long was the presiding genius of the studio on Primrose Hill. 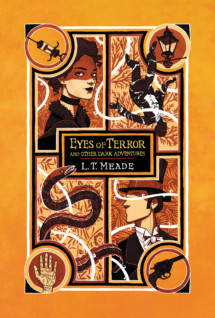 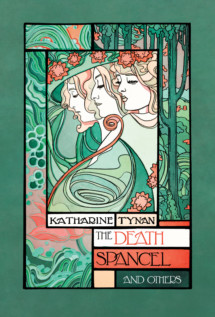 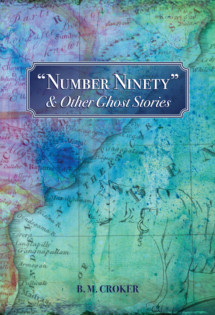 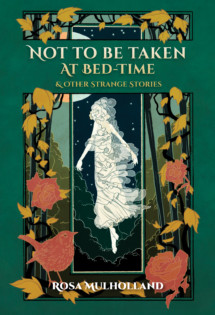 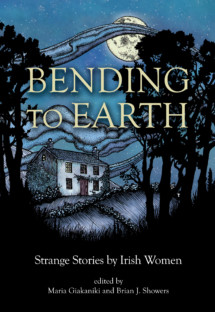 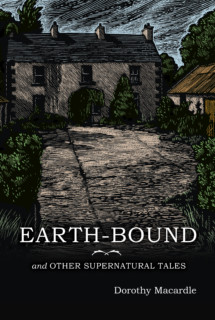