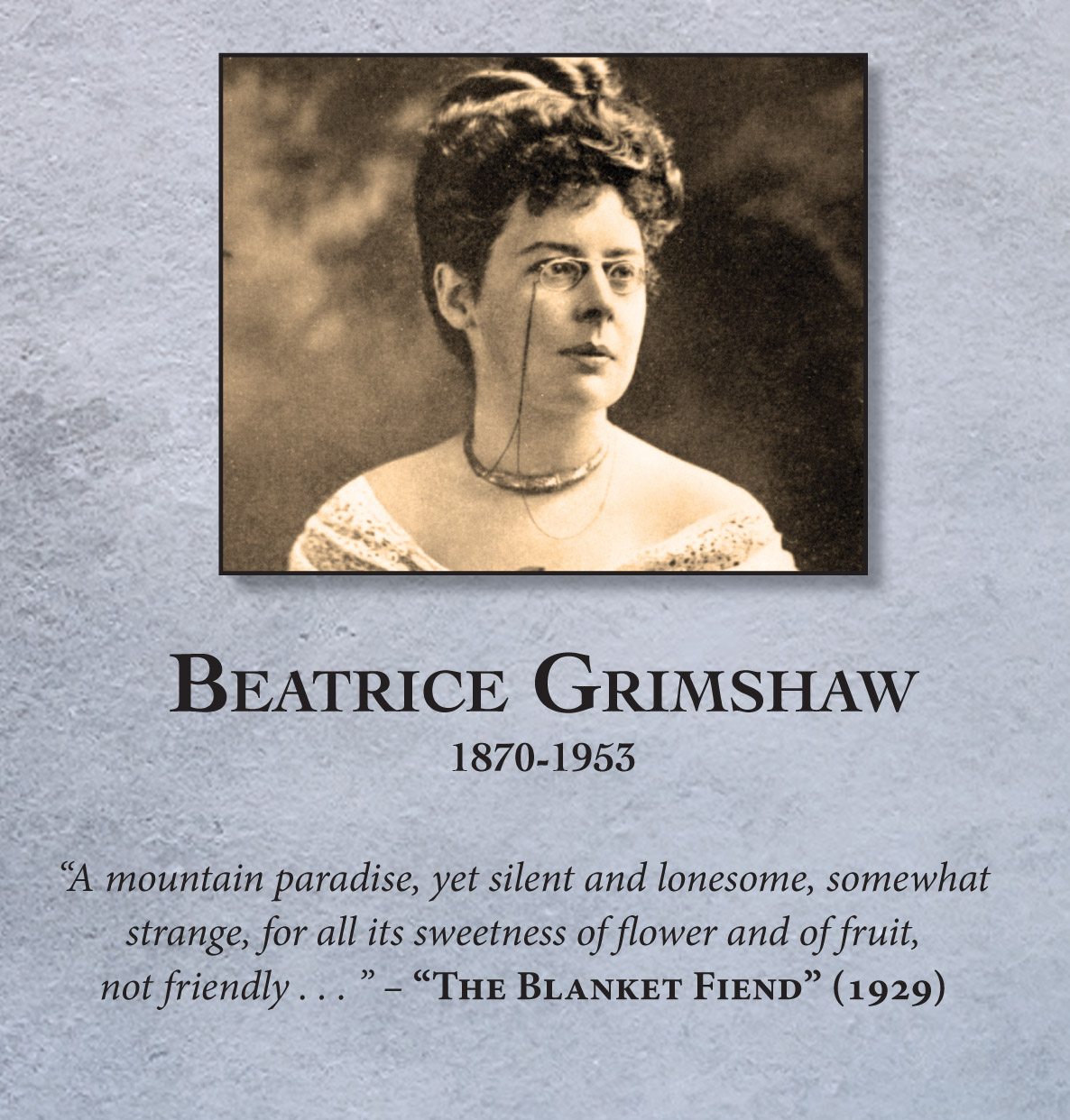 “A mountain paradise, yet silent and lonesome, somewhat strange, for all its sweetness of flower and of friend, not friendly . . . ” – “The Blanket Fiend” (1929)

Beatrice Grimshaw (1870-1953) was born in Dunmurry, Co. Antrim on 3 February 1870. Though raised in Northern Ireland, and educated in France, Grimshaw is primarily associated with Australia and the South Seas, which she wrote about in her fiction and travel journalism. She was a devoted (and record-breaking) cyclist, and during the 1890s wrote for the Dublin-based magazines Irish Cyclist and Social Review. In 1904 Grimshaw was commissioned by London’s Daily Graphic to report on the Pacific islands, around which she purportedly sailed her own cutter, never to return to Europe again. Her travel writing includes From Fiji to the Cannibal Islands (1907) and In the Strange South Seas (1908); her most popular novels are When Red Gods Call (1911) and The Sorcerer’s Stone (1914); while collections such as The Valley of Never-Come-Back (1923) and The Beach of Terror (1931) feature some of her supernatural stories. After living much of her life in New Guinea, Grimshaw retired to New South Wales, where she died on 30 June 1953. 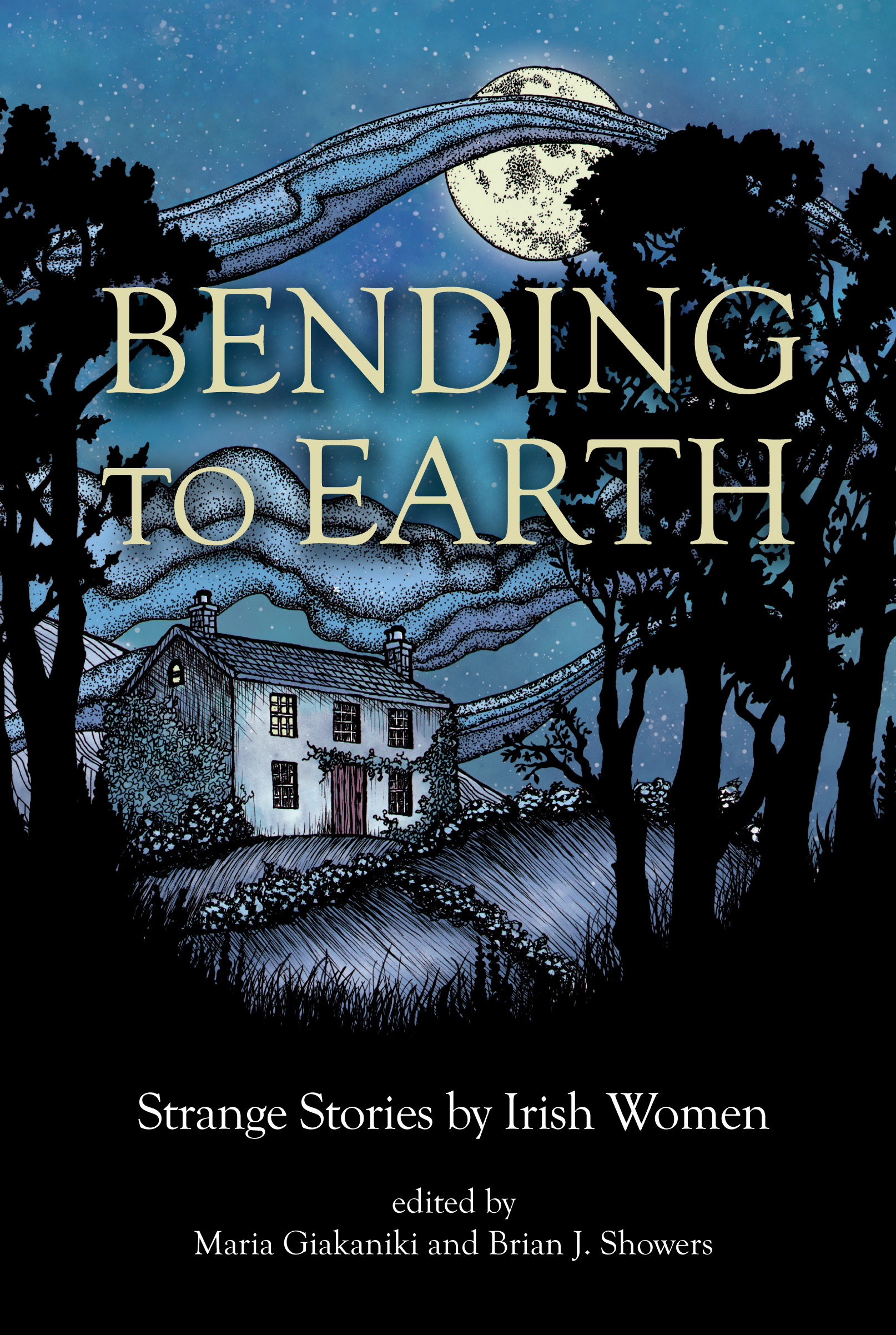