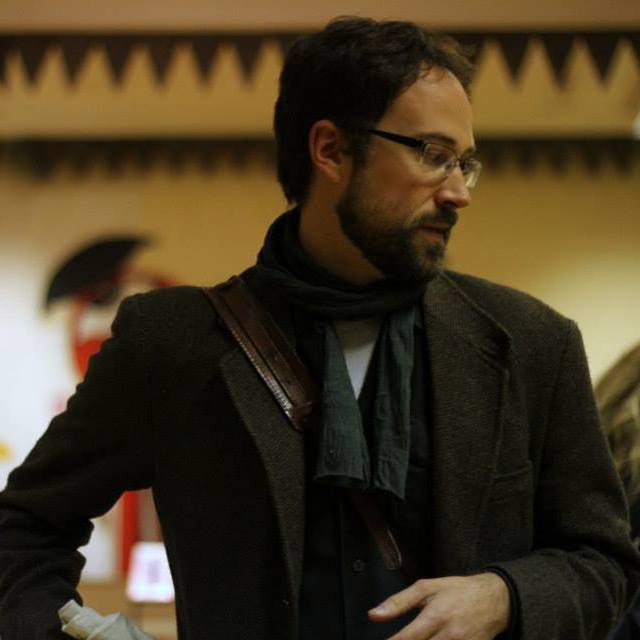 [The following article appeared, extensively shortened, in the November/December 2015 issue of Books Ireland. It appears here in full by kind permission of Des Kenny of Kenny’s Bookshop & Art Gallery in Galway.]

He emerged from the stacks of books. It seemed as if he had resided there forever waiting his moment to join the human race again. In his hands were two books, a collection of short stories Ivy Grips the Steps by Elizabeth Bowen, the Anglo-Irish writer from Bowen’s Court, Co. Cork, and a copy of the Bucknell University Press book on the esoteric poet AE, George Russell, two apparently dissimilar writers. But far from being too disparate, these writers, as I was soon to learn, had a common interest in the supernatural, the unknown, and the fantastic.

It was immediately apparent that the man approaching my desk knew his way around books and so it proved. He was able to tell me that Ivy Grips the Steps was the American edition of The Demon Lover, though he believed that there was a slight variation in the contents.

As is wont to happen in a bookshop, a conversation ensued during which we discussed various aspects of the Irish book world and somehow or other Mervyn Wall’s The Unfortunate Fursey was mentioned. This resulted in a fascinating discussion of fantasy books in Ireland during which he disclosed that he had indeed recently republished both Fursey novels.

On further questioning it turned out that man who had emerged from the stacks of books was also a publisher who, in 2003, set up an extraordinary imprint, the Swan River Press, which specialises in limited editions of books relating to the fantastic, the gothic, and otherworldly, with a particular interest in promoting Irish fantastic writers from the 18th, 19th and 20th centuries.

Brian J. Showers, for that is the bookman’s name, is originally from Madison, Wisconsin. In 2000 he came to Ireland simply because he wanted to live in Europe for a while, and as he only spoke English his options were limited. After briefly considering Edinburgh, Showers took up residency in Rathmines, where he has lived ever since.

Although he had written his first book at an early age (“I have a ‘book’ that I wrote when I was seven or eight years old. A bunch of one page stories – all having to do with ghosts and robots and dinosaurs – that I also illustrated. The whole production was stapled together. Lots of staples!”), it wasn’t until he moved to Dublin that he began to take writing more seriously. “An awful lot of opportunities presented themselves to me when I moved here, including the people I met and the resources available to me, so I consider myself fortunate in that way”.

Since then he has written short stories, articles, interviews, and reviews for several magazines. His short story collection The Bleeding Horse (Mercier Press) won the Children of the Night award in 2008. His has also written Literary Walking Tours of Gothic Dublin (Nonsuch Press, 2006) and Old Albert – An Epilogue (Ex Occidente, 2011).

However, it wasn’t just the writing of books that interested Showers. Soon he became fascinated in the whole process of producing a book, from the putting of words on paper to the putting of the finished book into the reader’s hands:

“All these roles are connected. I think most writers who are published commercially usually get some sort of insight into the publishing business, which is everything from editing to cover design to marketing. I really find that process enjoyable and integral to the creation of a book as a whole.”

His development from writer to publisher was a gradual process. At first he began to create hand-bound chapbooks of his own work: “The chapbooks were elaborate Halloween and Christmas cards that I made to send to family and friends. Only this time I didn’t attempt the illustrations. Those were done by various friends, including Meggan Kehrli, Duane Spurlock, and Jeff Roche. A lot of work went into making these chapbooks—the pages were hand-cut and the volumes assembled by hand—so I only published one title per year. I think the biggest single print run was three hundred, which took at least a month to produce . . . Anyway, I put ‘Swan River Press’ on each chapbook because my house at the time was on the ‘banks’ of the (now) subterranean Swan River. And they proved popular enough that I figured I’d sell off the remainder. After all, postage and materials aren’t cheap!”

Soon other writers began to ask him to publish their work, but chapbooks proved to be too labour intensive and so such collaboration was impractical. The solution was to produce simpler booklets, which soon gave way to professionally printed hardbacks. The word paperback does not seem to be in Showers’s vocabulary. He found that he enjoyed the whole process, especially working with other authors. He sees himself as sticking to the hardback format although at one stage, at the back of his mind, is the idea of doing a deluxe hand-bound edition of AE’s poetry for the sesquicentenary of the author’s birth. Despite the work involved, he had devised a new way to bind booklets, and was looking forward to giving it a go “just for the fun of it”.

The books that carry the “Swan River Press” imprint are a sheer joy to hold. The love and care that goes into their production from the time the first word is written to the final touches of design and illustration is infectious and they are a sheer joy to hold. In fact, there is an irresistible urge to open them and immerse oneself in the magic of the story.

Hopefully before Brian J. Showers merges back into the book stacks, there will be many more wonderful publications for booksellers to sell and readers to read.