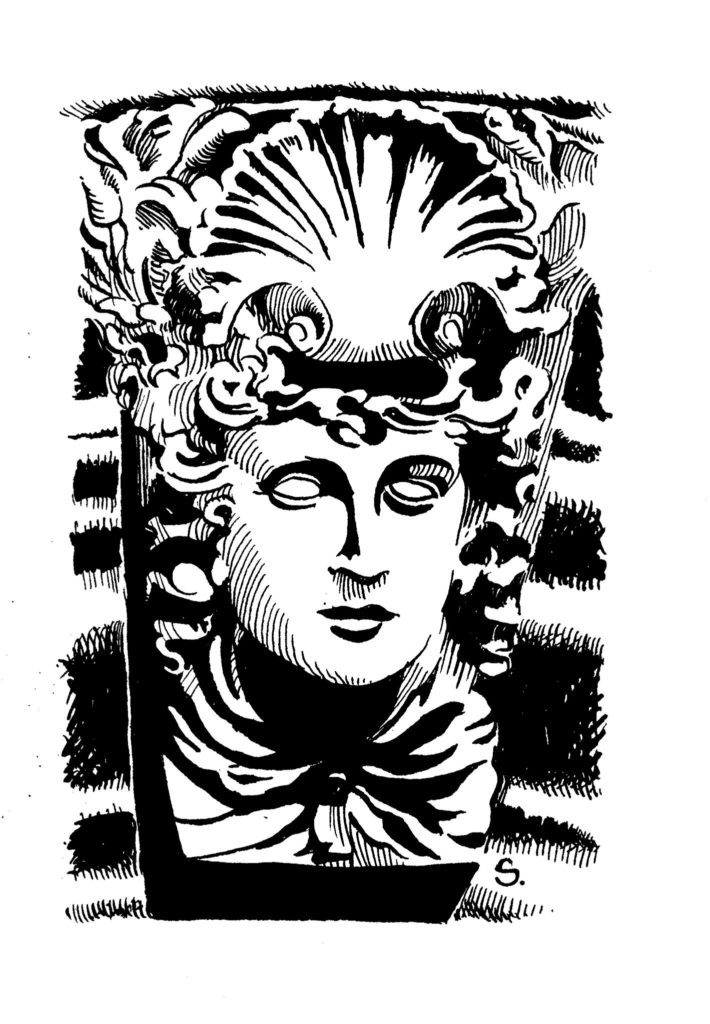 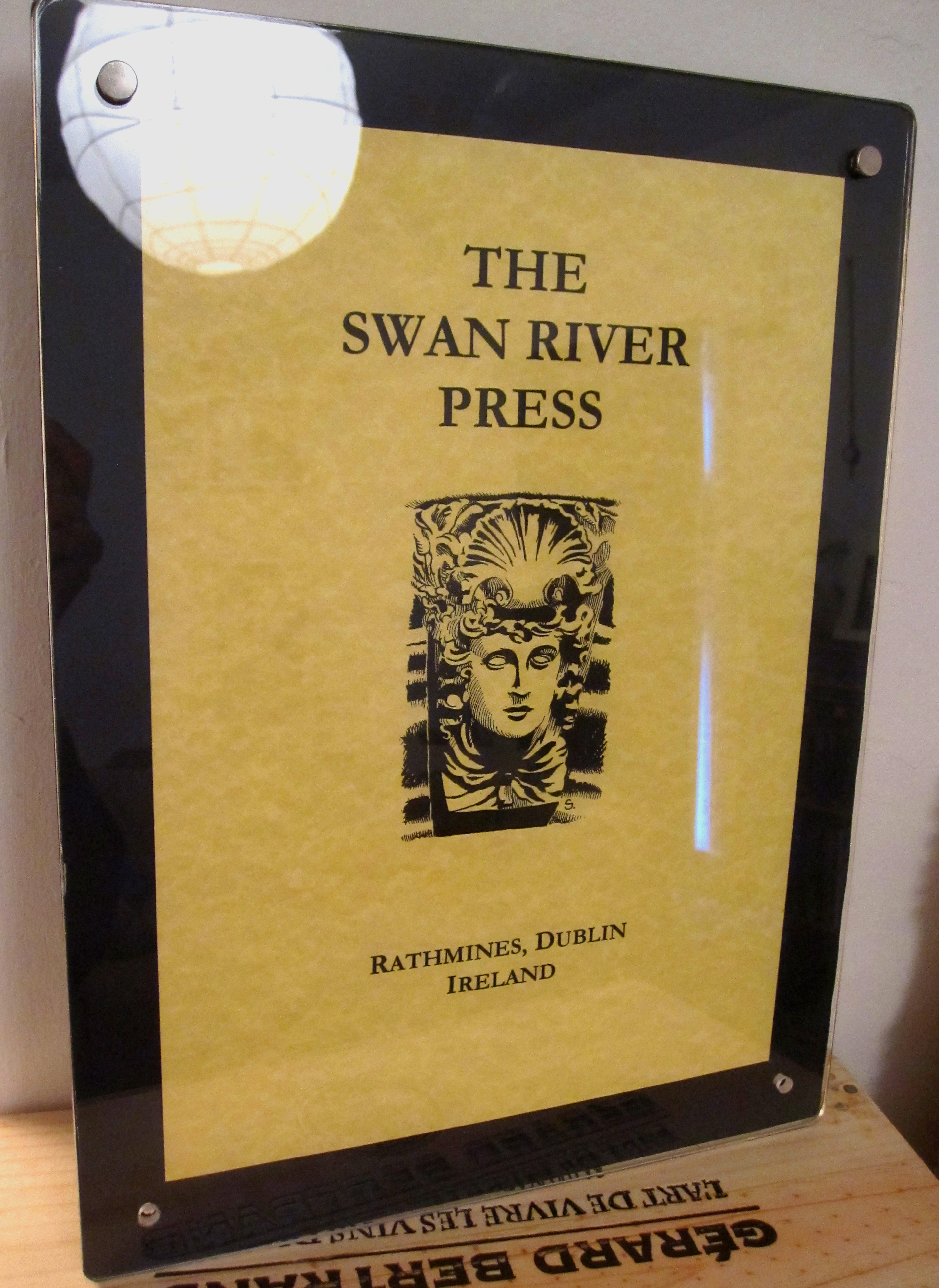 I never intended for Swan River Press to have a formal logo. But the stony-faced image used on the website – the visage that’s made its way into some of our publications, on postcards, tote bags, and of course at the top of this blog – has inadvertently become the press’s logo. In this post I’d like to tell you about where it came from and what it means.

Back in 2003, I published the first Swan River Press chapbook: The Old Tailor & the Gaunt Man. I put “Swan River Press” on it mainly as an afterthought as I never intended to publish more. You see, I was living in a flat on Leinster Road at the time (number ten), about thirty seconds’ walk to the Rathmines town centre. Having lived in Rathmines since I moved to Dublin, I wanted to give the press a name that would resonate with the area where I’d made my home.

At some point prior I’d come across Clair L. Sweeney’s excellent book The Rivers of Dublin (1991) and realised that, like many big cities, Dublin is riddled with rivers and streams – only now the majority of them are underground, culverted and buried. The Swan River was one of these subterranean waterways; moreover, it passed by my house, beneath Leinster Road, just behind our fine Carnegie library. And even though I never intended for the press to last this long, what name to give it became obvious.

Apart from the bloated verdigris dome of St. Mary’s Church, one of the most recognisable buildings on the Rathmines skyline is the red brick clock-tower of the town hall, designed by Sir Thomas Drew and built in the early 1890s. The clock is sometimes called the “four-faced liar” as it’s four sides rarely seem to be correct or even in synch with each other. (I can actually hear the bronze bells tolling as I write this post. Also the rain against my window.) 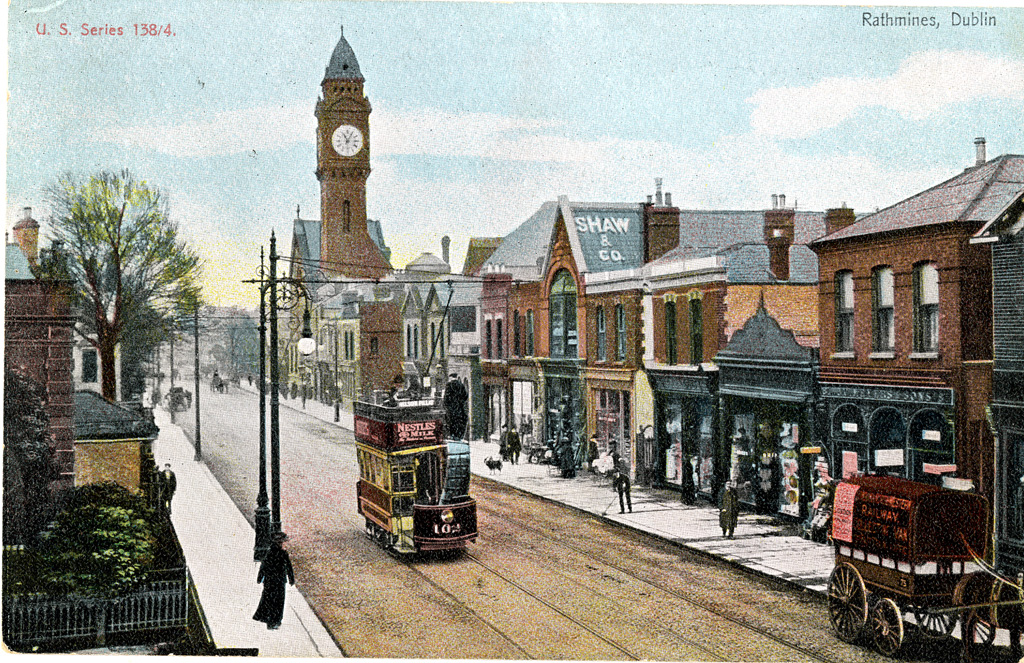 For those of you who don’t know, Rathmines is a neighbourhood in south-central Dublin, just over the Grand Canal. However, Rathmines developed as an independent township from 1847 until it was incorporated into the City of Dublin in 1930, which is why I believe the area still maintains a distinct identity. If you want a fictionalised tour of the neighbourhood, check out my short story collection The Bleeding Horse (2008) and the follow-up novella Old Albert (2011), two attempts at building an uncanny mythology for Rathmines. 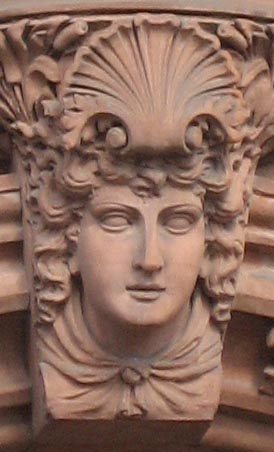 But back to the Swan River Press logo. Should you ever visit Rathmines, or if you’re lurking about here already, have a look at the keystone just above the main entrance of the town hall. It depicts a serene face with a seashell crown. In reality this is probably just Saint James, who is commonly associated with scallops. But in my own mind I’ve always considered it to be the personification of the Swan River. This made perfect sense to me. After all, the Custom House on the Liffey is bedecked with similar riverine heads, each one evoking a different river in Ireland. And the Rathmines town hall’s sandstone mascaron gazes out to where the Swan River still secretly flows. I have to say, I prefer my more fanciful notion to the Christian one.

The image was drafted by my friend and colleague Duane Spurlock. I believe it was originally intended as an illustration for Old Albert, though maybe Duane remembers more. Anyway, Duane had illustrated some of the chapbooks I did after The Old Tailor & the Gaunt Man (a few copies of The Snow Came Softly Down and Tigh an Bhreithimh are still available in the shop). We also worked together on Literary Walking Tours of Gothic Dublin (2006), for which he did illustrations. Gothic Dublin is now sadly out of print.

Duane’s pen and ink rendering of the mascaron is perfect. It reminds me that, though the river may be buried, it is certainly not dead. If you stand in the middle of the intersection of Mountpleasant Avenue and Richmond Hill, you will even hear the Swan River flowing beneath your feet on its way to the sea. Try it sometime.

The think the best images are imbued with grand meaning, and for me this one holds much. I’ve come to identify the face, this personification of the Swan River, not only with the press, but also with Rathmines, where I still live and take inspiration and publish books. A few years back I was fortunate enough to acquire Duane’s original artwork (thanks, bud!), and it now hangs proudly in the Swan River Press office.

For more information on Rathmines, you can read Séamas Ó Maitiú‘s article “How Rathmines Became the ‘Dublin Belgravia'” in the Irish Times. 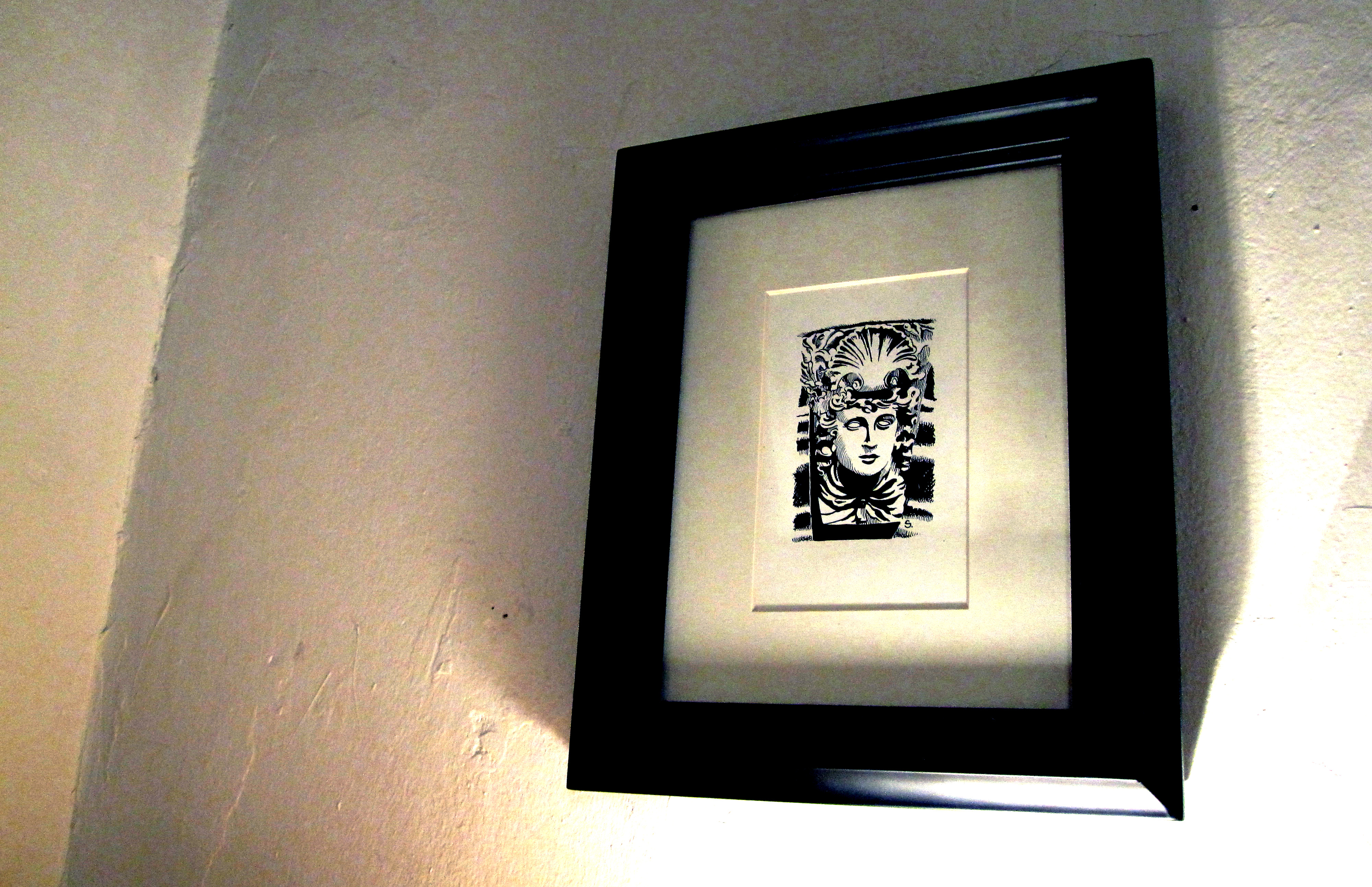