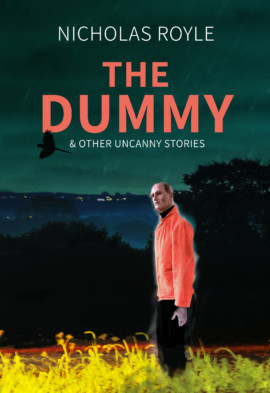 “An uncanny effect often arises when the boundary between fantasy and reality is blurred . . .” – Sigmund Freud

Nicholas Royle’s stories are “immaculately sinister”, according to Olivia Laing in the Times Literary Supplement, while Phil Baker, in the Sunday Times, described Royle as “a real craftsman of disquiet”.

In his third collection, The Dummy & Other Uncanny Stories, Royle focuses on archetypes and phenomena that, through their particular melding of the familiar and the unfamiliar, produce uneasy, or uncanny, effects. In these stories he writes about doppelgängers, ghosts, dummies, disconnected body parts, impaired vision, the dead and the prospect of death, not without a macabre sense of humour.

These stories reflect Royle’s continuing development as an exponent of the form, in which he is always seeking to learn and to grow, and to push against boundaries. 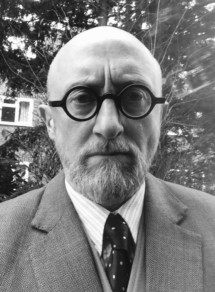 Nicholas Royle is the author of five short story collections—Mortality, Ornithology, The Dummy, London Gothic, and Manchester Uncanny—and seven novels, including Counterparts, Antwerp, and First Novel. He has edited more than twenty-five anthologies and is series editor of Best British Short Stories. He runs Nightjar Press, which publishes original short stories as signed, numbered chapbooks. His English translation of Vincent de Swarte’s 1998 novel Pharricide was published by Confingo Publishing in 2019. In 2021 his first book of non-fiction, White Spines: Confessions of a Book Collecter, was published by Salt.

“Royle’s dark fiction is always worth reading . . . His storytelling is impeccable, his plots always interesting and his characters credible.” – SFRevu 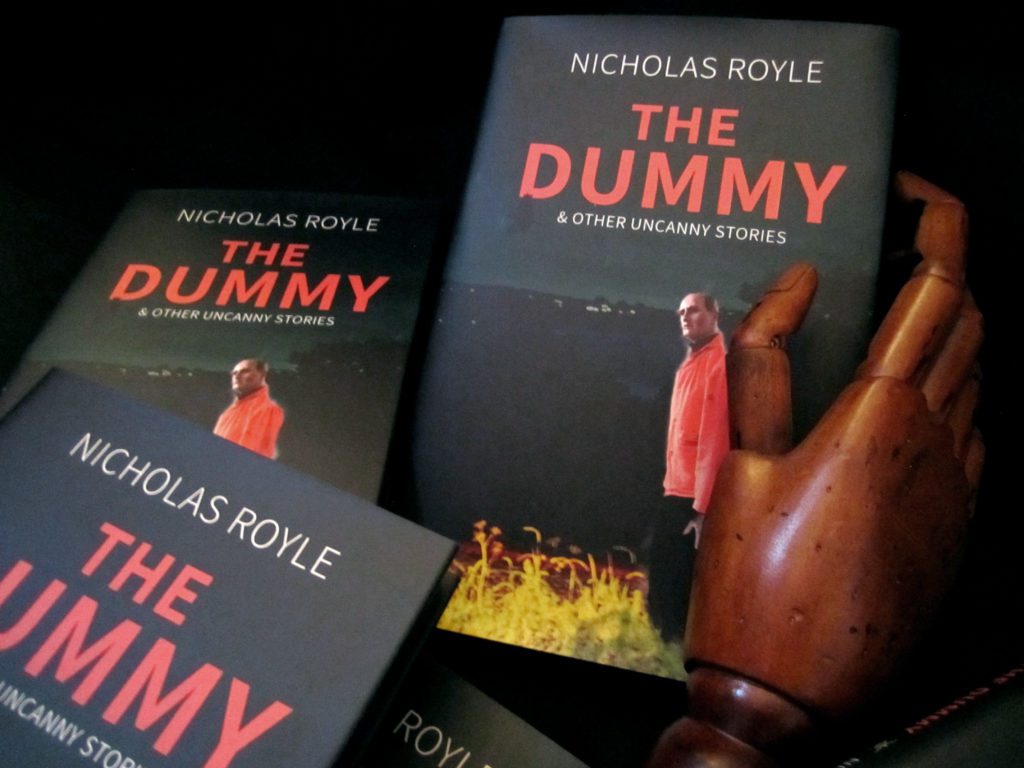 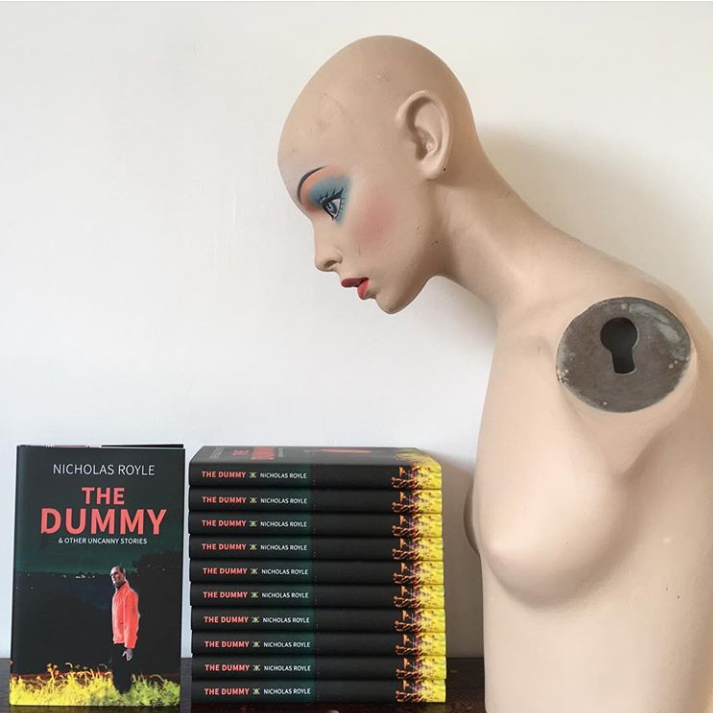 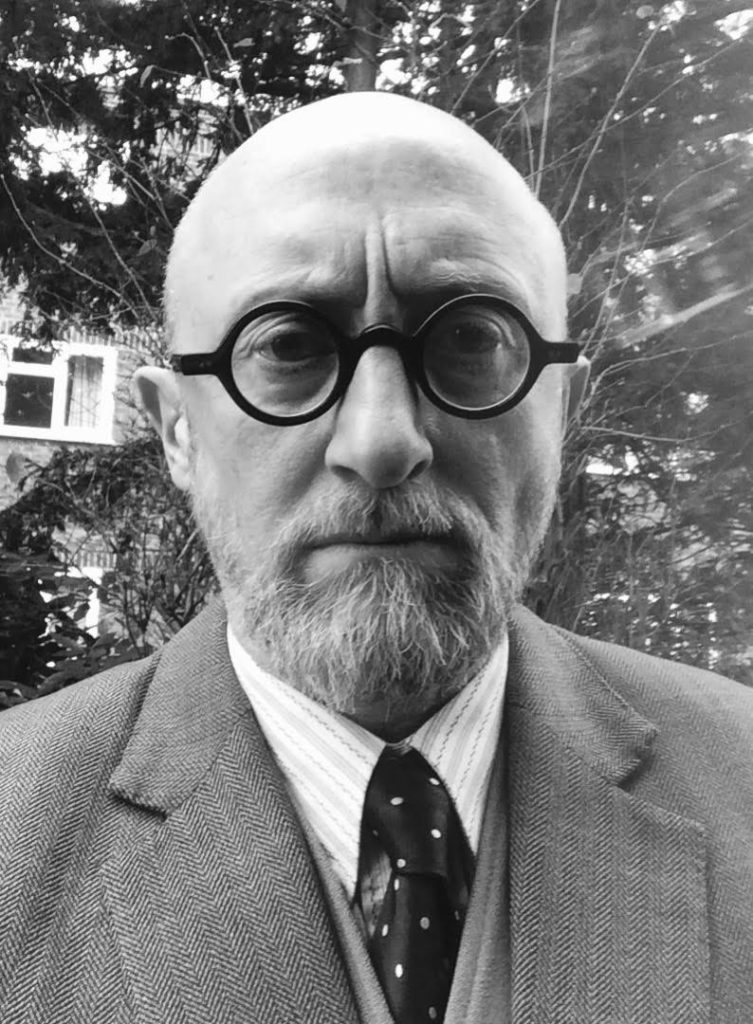 “An Interview with Nicholas Royle”
Conducted by James Pardey, © May 2018

James Pardey: Hi Nicholas. First of all I want to say that I really enjoyed The Dummy & Other Uncanny Stories, which are scarier than I’d expected, though not like horror stories, so perhaps unsettling is a better word. You’ve called them uncanny stories, which is an interesting word to use. Can you explain what you mean by uncanny?

Nicholas Royle: Thank you. My friend Conrad Williams has asked me a similar question. He asks why I don’t call them horror stories and adds that I’m using “uncanny” as a “fig leaf”. I’ve been writing horror stories for over thirty years. Sometimes they’re described as such, sometimes they’re not. It’s interesting that you wouldn’t describe these stories as horror, and yet you find them scary, which makes me happy. They make use of, or are influenced by, certain elements that we associate with the Uncanny, and with Freud’s essay on the Uncanny, in particular. Elements such as doppelgängers, and other aspects of doubling, blindness, dummies, dolls and mannequins, masks, ghosts, hauntings, invisibility, etc. At the heart of what makes the Uncanny so appealing to me is that these disparate elements all seem to create a particular mood, one of unease, or, as you say, unsettlement. It’s the feeling you get from encountering something familiar in an unfamiliar context, or, perhaps more to the point, vice versa. There’s a German word for it – unheimlich, which translates, a little uneasily, as unhomely. I don’t pretend to be an expert on the Uncanny. That’s the territory of my namesake, author of The Uncanny and many other works.

JP: This is your third collection of stories, though you’ve had numerous other short stories published and you’ve edited over twenty anthologies, so what is it about the short story that appeals to you?

NR: It’s the perfect form. It’s short. They are likely to be read in one sitting. Just the author and the reader. I love the intimacy of that. Or, in the context of a public reading, the author and any numbers of “readers” all experiencing the story together, and experiencing the whole of it, in one go, assuming it’s not too long. I’m not very interested in long short stories, which I think kind of miss the point, or most so-called flash fiction, because I think most of them aren’t very good. There are some notable exceptions to this rule. David Gaffney has published lots of excellent stories that are just 150 words long (and longer), but his secret is he writes them longer and then works at them like a sculptor or topiarist. Also, I recently read some excellent stories judging the Weaver Words Flash Fiction Competition.

NR: I first encountered it in Ron Butlin’s first novel, The Sound of My Voice (1987), where it had a powerful effect on me. I used it myself in my 2004 novel Antwerp. I had a particular reason for using it on that occasion, to do with the plot. Sometimes you use the second person in the way I’ve just used it there, to mean “one”, and sometimes you use it to engage your listener, or reader, maybe directly asking them a question, as I do at the start of “The Family Room”, and then, having engaged them, you effectively cast them as the protagonist of the story. In another story, “The Blind Man”, one of two, actually, I think, in which first and second person are interchanged, although in different ways, I use first person to tell the story but the narrator is addressing a particular individual and so addresses them as “you”. In the other story, “The Dummy”, in which first person alternates with second person, I chose to do that specifically to create an atmosphere of unease or, if you like, uncanniness.

JP: The doppelgänger has become a recurring theme in your fiction, from your first novel, Counterparts, in 1993 to several stories in this collection. You use it to explore questions of identity and existential uncertainty, through mirror images, body doubles, simulacra, and in one story a tailor’s dummy. It is evidently a subject which fascinates you, so how did this interest come about, and what keeps bringing you back to it?

NR: The 1968 Huckleberry Hound Annual had a picture story, “The Frightful Night”, with regular characters Pixie, Dixie and Mr. Jinks, who were two mice and a cat. Mr. Jinks dressed up as a monster to frighten the cats, but the cats, one step ahead, made their own monster, using a dressmaker’s dummy, to frighten Mr. Jinks. They also frightened me, aged five. It’s one of my earliest memories. I’ve had a thing for tailor’s dummies ever since. I started collecting them – and shop-window mannequins and other dummies – in the 1980s. Going back a decade, there was a man my sisters and I used to see around sometimes when we were children who looked so much like our Uncle Fred, we used to call him the Uncle Fred Man. This was probably my first encounter with a doppelgänger. I’m strongly drawn to things that are the same but different. They appear the same but are subtly different. Books in uniform covers with different titles. Definitive postage stamps with the same image but a different value. Jackets that are the same cut but a different colour or fabric. People who look the same but have different names and personalities. The earliest story in The Dummy & Other Uncanny Stories is “Moving Out”, written in the late 1980s and first published in 1991; that’s the story you’re referring to that features a tailor’s dummy. Then there’s “The Dummy” (2008), “The Reunion” (2009) and “The Other Man” (2012). I do keep coming back to these motifs; I find them innately fascinating.

JP: Another doppelgänger story in this collection, “Jayne Anne Phillips”, features you and your real-life counterpart whose name is also Nicholas Royle. He is a writer and lecturer, like you, and the author of a book called The Uncanny. Then last year you both published books that are ostensibly about birds. Reviewers, critics, conference organisers, even publishers, frequently mix the two of you up and I’ve been confused more than once in the past. The Nicholas Royle on Wikipedia and Twitter is you, which is, I think, quite canny, but the similarities are uncanny. I’m not sure if this is life imitating art or a strange case of nominative determinism, so what is your take on it?

NR: Ah, I mentioned him in an earlier response. I suppose the weirdest aspect to it is not simply that we are both writers and lecturers, but that we are both drawn to the Uncanny. Nick published his non-fiction study, The Uncanny, in 2003, but it was not until 2008, when Ra Page invited me to contribute a story to The New Uncanny: Tales of Unease, an anthology he was editing with Sarah Eyre for Comma Press, that I started using the word “uncanny” occasionally to describe my work. That story was “The Dummy”. I’d always been scared by and consequently attracted to features associated with the Uncanny, but it was Ra’s invitation that got me reading Freud on the subject. Nick and I have done readings together and collaborated on a couple of pieces for Neil Coombs’ Patricide journal, which surely would never had happened had we been two writers with different names and some interests in common, but it remains a fact and a weird coincidence that we do share a name. I say “share a name”. Of course, we don’t actually share a name. We each have our own name, but it happens to be the same one (middle names excluded).

JP: The hallway in your home is lined with bookcases housing what is probably the largest private collection in the world of white-spined Picador paperbacks. To say it’s impressive is an understatement, but why Picador? When did you start collecting them, how many do you have, and the all-important question, which is your favourite?

NR: I have about 800. The first one I owned was Black Water: The Anthology of Fantastic Literature (1983) edited by Alberto Manguel, which was given to me by my parents for Christmas the year it was published. Some time after that I bought Anna Kavan’s Ice (1967), basically for the cover on the 1973 Picador edition – a painting by Paul Delvaux. Then I was off. Why Picador? They were distinctive. That white spine seemed like a badge of quality. I feel that I could take any one of those 800 books down off the shelf and it would be worth reading. My favourite is probably Black Water but I’m also very fond of two anthologies edited by Frederick R. Karl and Leo Hamalian, The Naked I and The Existential Imagination, published by Picador in 1972 and 1973 respectively. The Naked I was one of the first eight titles published by Picador when they launched in 1972 (and it contains a story by James Purdy, only two characters away from your name). I know you know this, because I know you have your own collection of Picadors. There’s something about them. They spawned many imitators, with Paladin, King Penguin, Sceptre, Abacus and Black Swan all copying the look – B format paperbacks, white spines. Retired publisher Patrick Janson-Smith suggested to me recently that Paladin came first, but they had a different format (same height as B format, but narrower) and their list was exclusively non-fiction. They only started doing fiction (in B format) some time later, after Picador had shown the way.

JP: Okay, I thought we might finish with some quick-fire questions, so here goes: London or Manchester?

NR: Both. Sorry. I mean please. If that’s okay.

JP: Thank you, Nicholas, for taking the time to talk to me.

James Pardey is a freelance coder based in London. He has a PhD from Bristol University and was a postdoctoral sleep researcher at Oxford University. He has written for art, graphic design, and poetry magazines, Ballardian, and academic journals. He edits the Fontana Modern Masters and Art of Penguin Science Fiction websites, and his interests include London urbex and the tidal Thames, psychogeography, and collecting white-spined Picadors.