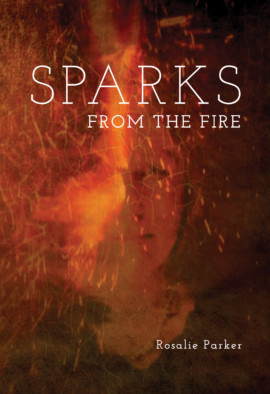 Sparks from the Fire

“There are many ways to tell a story . . . It is a question of choosing the right one.”

The stories in Sparks from the Fire explore a wide variety of familiar characters and settings, yet there is always something else—a shadow world that haunts, disturbs, and threatens. Sons and daughters, mothers and fathers, recluses and lovers—all find themselves shifting between realities: the prosaic and the mystical, even between life and death. The horrors and wonders of these parallel existences are often glimpsed, sometimes revealed, and occasionally overwhelm. These nineteen tales inhabit a terrain in which the uncanny may at any time intrude into everyday life.

Cover art by R. B. Russell 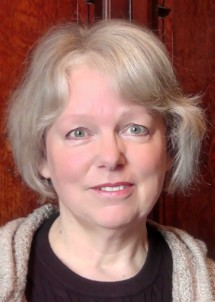 Rosalie Parker runs the independent UK publishing house Tartarus Press with R. B. Russell. Her previous collections include The Old Knowledge (Swan River Press 2010) and Damage (PS Publishing 2016). In 2020 her collection Through the Storm was published by PS Publishing. Rosalie lives in Coverdale, North Yorkshire, the magnificent landscape of which inspires and sometimes provides the settings for her writing.

“[Parker’s] treatment of the fantastic is often so light and ambiguous that stories in which it does manifest are of a piece with tales such as ‘Jetsam’ and ‘Job Start’, sensitive character sketches whose celebration of life’s unforeseen surprises will appeal to fantasy fans as much as the book’s more overtly uncanny tales. Parker proves herself a subtle and versatile writer.” – Publishers Weekly

“If you prefer spending dark evenings with a single author, consider . . . Rosalie Parker’s Sparks From the Fire, which collects 19 stories, some set against the brooding Yorkshire landscape.” – Michael Dirda, The Washington Post

“A versatile author, Parker has clearly a penchant for the uncanny and the strange, which, however, is seldom overtly evident, but often peeping out gradually from the normality of daily life with its ordinary events . . . there is not a single bad story in the whole book. Should you decide to secure a copy rest assured that you won’t regret it.” – British Fantasy Society 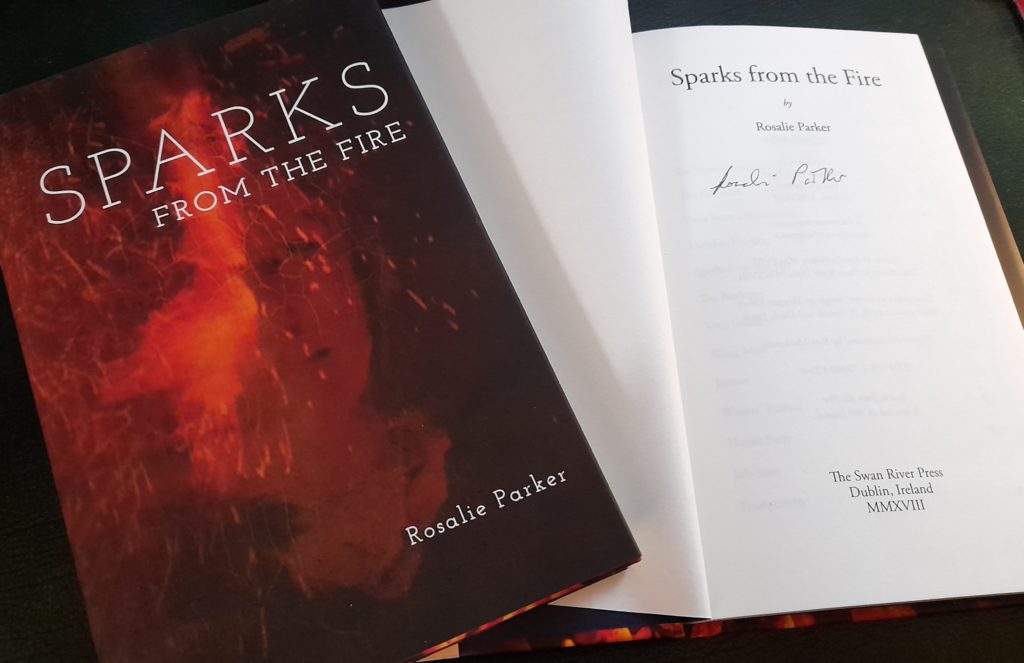 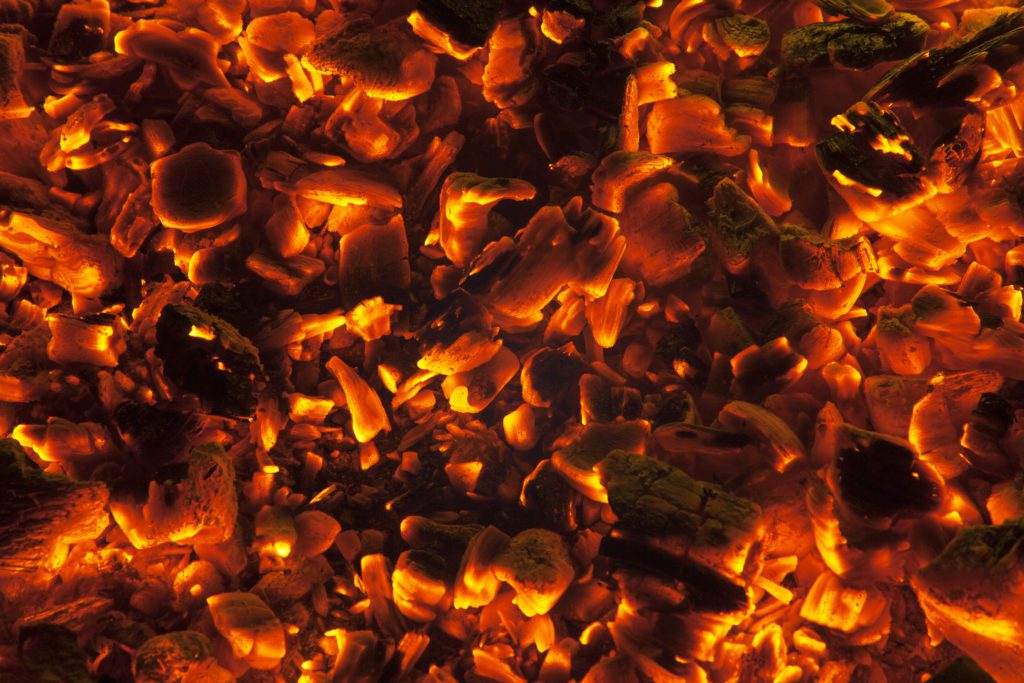 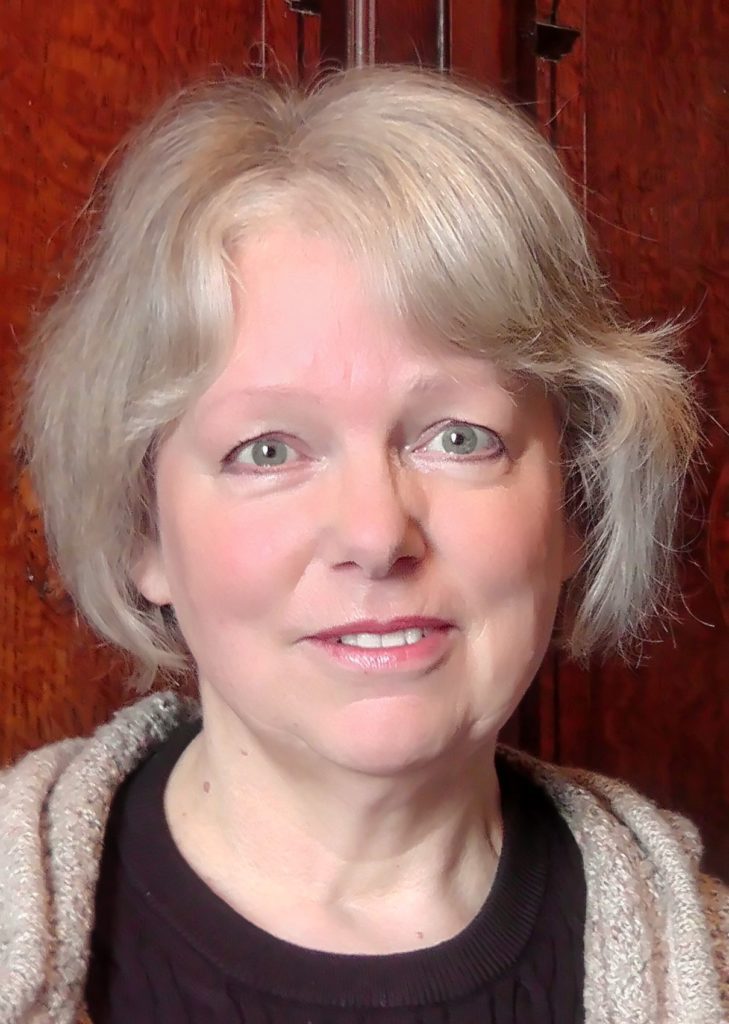 Jason E. Rolfe: There is a phenomenology of place in your stories, a link between setting and experience that is extremely appealing to me as a reader. “View from a Window”, in particular, captures this almost perfectly. How is your work influenced by the places around you?

Rosalie Parker: The starting point for many of my stories is a real place, or spirit of a place, always tempered by the vagaries and necessities of invention. I’m a bit obsessed with the idea of distilling descriptions down to the minimum, leaving readers to flesh out the bones. Hence the landscape in “View from the Window” is a sketch book version of western Scotland, and “The Fell Race” takes place in some unspecified, undescribed village in North Yorkshire. I grew up on a farm in the south of England and I live now in the Yorkshire Dales National Park and the British countryside is a constant inspiration, but I’ve also travelled a fair bit and in my last collection, Damage (2016), I set stories in several cities and countries. The beginning of “The Attempt”, in Sparks from the Fire, was influenced by a trip to the Soviet Union in the 1980s.

JER: My own personal hell would be a place in which all our questions are answered, all the mysteries of life are solved. The stories in Sparks from the Fire often walk the line between the known and the unknown. In “The Fell Race” for example, we’re presented with a mystery that, in the end, remains exactly that. Like Joan Lindsay’s Picnic at Hanging Rock, you provide us with a mystery that invites conjecture yet remains unanswered. What do you think it is about the unknown that people find so appealing?

RP: We encounter the unknown—new experiences, new people, new places—every day. I suppose that strange fiction dispenses, at some point, with the notion that life can be lived on autopilot, and helps you see the world with rejuvenated eyes. Novelty is always appealing, isn’t it? Psychologically, I think we’re essentially nomads. Unanswered questions, like new places, can be pondered and left behind. I worked as an archaeologist before coming to publishing and writing, and I’m fascinated by different cultures, from the past or present or future. That led to the writing of the story “Sparks from the Fire”. Ghosts are a good way into, or out of, another culture, as in “War Games”.

JER: “View from a Window” and “Messages” are wonderful examples of the slow reveal. You place us (never quite firmly) in the ordinary, and through often subtle revelations, guide us toward an unsettling end. Your pacing is excellent. How do you, as a writer, decide what to reveal to your audience, and when to reveal it?

RP: I very rarely plan ahead, so I’m revealing the story to myself, as well as the reader! It’s a sort of organic process of discovery that happens pseudo-naturally. The two stories you mention are essentially about information being drip-fed. If the pacing works then I’m doing my job properly.

JER: I use the term “unsettling” to describe your writing. The things you do to disquiet us as readers are often very understated—the sudden ringing of a telephone, a knock at the door—little things that jar us from our focus. What do you find unsettling? What leaves you feeling ill-at-ease?

RP: Just about everything! I “came out” a few years ago as suffering from Bipolar Disorder, and as part of that I experience periods of anxiety. I find I can take nothing, including good mental health, for granted. On a personal level this is uncomfortable, painful, but creatively it’s sometimes a useful state to be in, and particularly so for writing strange fiction. What can be more unsettling than being unable to trust your own brain? I suppose quite a lot of my characters are learning to distrust or relearn their assumptions or perceptions.

JER: You’re an editor as well as an author, with an extensive list of editor credits to your name. You’ve also worked on a number of films. I’m curious if and how film and editing have influenced you as a writer.

RP: I enjoy the editing process and working with other writers has helped when I come to revise my own stories. I’ve learnt that I am not always the best judge of my own work, and I welcome editorial input and advice. It can be strange being at the other end of the process, though. Film is a different thing entirely—the visual image is of prime importance, although learning to write dialogue is essential for both film and short story writers.

JER: While your work has a classic feel to it, it strikes me as very contemporary and makes me wonder about your literary influences. Who are the writers, classic and/or contemporary, who have influenced you the most?

RP: Because of my work for Tartarus Press I’ve read widely in the genre, and I’m sure I’ve been influenced by many writers, especially those we’ve published. I most admire the brave, emotionally or psychologically; Robert Aickman comes particularly to mind, but also Sylvia Townsend Warner, who wrote more fearlessly than I could ever hope to. As a child, Alan Garner was a favourite, and I enjoyed Agatha Christie. I read English at university initially, so I have a good grounding in general literature, including Thomas Hardy, the Brontes and Dickens, and I read a lot of contemporary mainstream literature.

JER: When I read an original collection I’m always curious about the underlying ties that bind the stories together. Stylistically the stories collected here blend together nicely, and there is certainly an undercurrent that runs through them all—“a shadow world that haunts, disturbs, and threatens”. Can you share some thoughts on that world?

RP: I find it quite hard to tie the stories together, but I suppose “Unease” might be the best description of the effect I’m seeking in Sparks from the Fire. This is not necessarily wholly malevolent. In the shadow world hopes and desires can be explored, as well as fears and dread. In “House Party”, for example, Jamie is poised to start a new relationship, albeit one fraught with difficulty and even danger. In “Voluntary Work”, Carol’s special powers may be vindicated. The poltergeist in “The Birdcage” might ultimately prove beneficial. And perhaps the young people of “The Fell Race” are seeking a better world. There is room for love in the shadow world, and that is the biggest mystery of all.

Jason E. Rolfe is an author of absurdist fiction. His recent books include An Archive of Human Nonsense (Snuggly Books, 2017), and Clocks (Black Scat Books, 2018). A native of Southwestern Ontario, he currently lives in Chatham-Kent with his wife, his daughter, his dog and his rabbit. 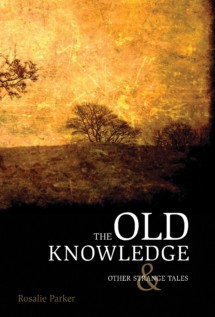