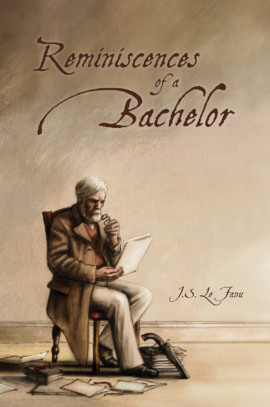 “I know there is a God—a dreadful God—and that retribution follows guilt.”

For the first time in over 150 years, “The Watcher”, Le Fanu’s classic tale of supernatural menace, is reissued from the pages of the Dublin University Magazine along with its original companion piece “The Fatal Bride”, a brooding gothic novella not reprinted since its first publication in 1848. Like matched duelling pistols, Reminiscences of a Bachelor offers the most exquisite balance of craftsmanship, beauty, and peril. In these tales of Old Dublin, honour is ever at stake, the fate of lovers lies mired in the past, and something even worse than deceit stalks the streets, something just as deadly to the soul as it is to the flesh.

“Prologue”
“The Watcher”
“The Fatal Bride”

“From an Ancient Leathern Armchair: Some Comments on the Bachelor” – Jim Rockhill & Brian J. Showers 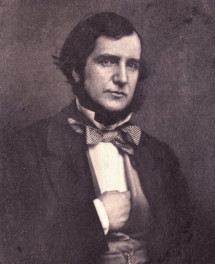 “Le Fanu’s particular gift lay in his ability to be both disturbing and witty about this world, often in the same sentence.” – Supernatural Tales

“This book is not simply for Le Fanu ‘completists’ . . . Everything Le Fanu wrote, however slight, is worth reading if only for his ability to capture in marvellous prose the tragedy of the human condition.” – Ghosts & Scholars

“An absorbing piece, well written and with some excellent characterisation.” – Black Static

“Reminiscences of a Bachelor is a worthy revival of an important early work by a minor master of 19th century fiction, but, more to the point, it is also an extremely readable entertainment.” – Wormwood

“He’s a likeable, wry, rather rascally fellow, this bachelor . . . For its republication of ‘The Fatal Bride’ alone, Reminiscences of a Bachelor merits a place on the bookshelf of the Le Fanu connoisseur.” – The Green Book 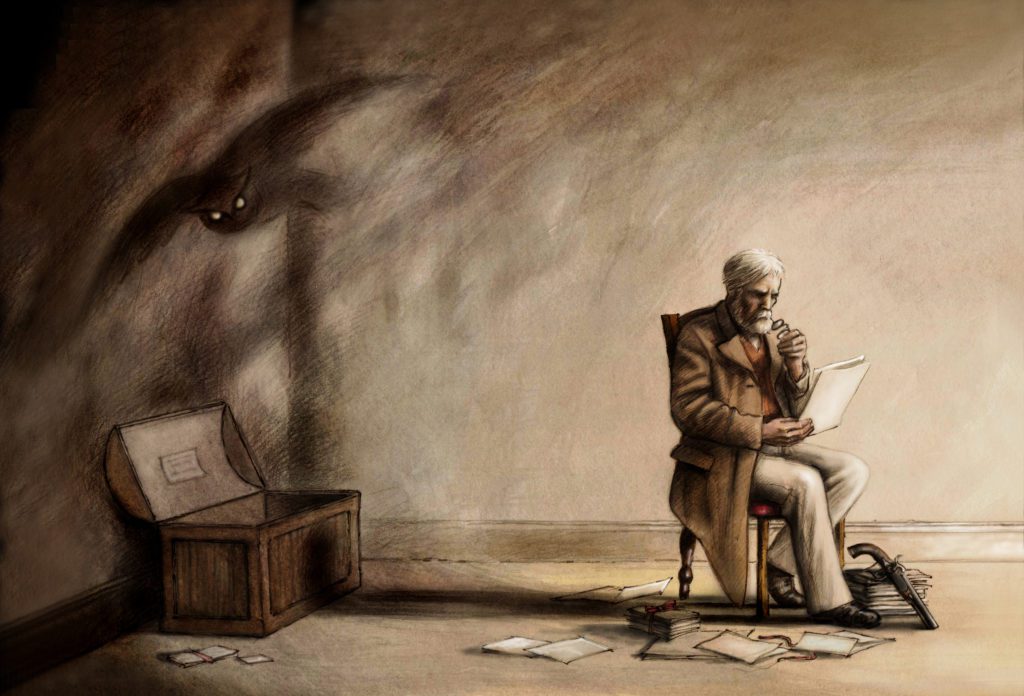 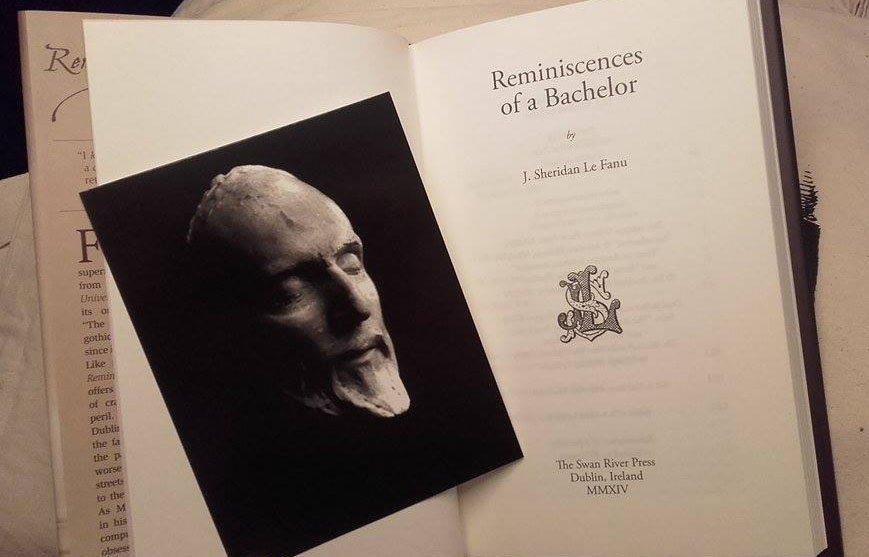 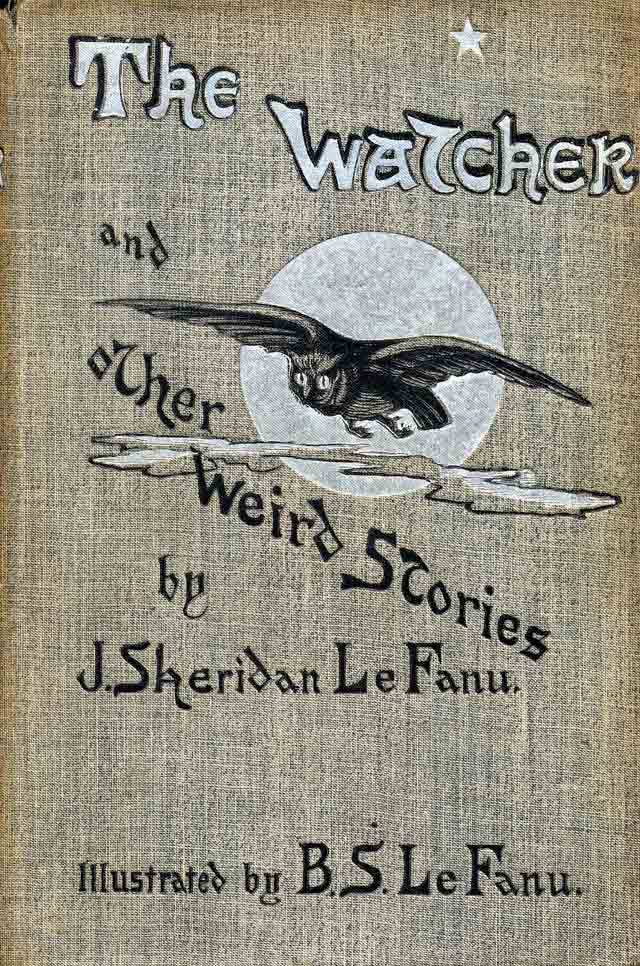 “Some Thoughts on Le Fanu”
An Interview with Matthew Holness
Conducted by Brian J. Showers, © November 2014

Matthew Holness is a film and television director. He co-created the Channel 4 series Garth Marenghi’s Darkplace, and has recently written and directed A Gun For George (Film4) and The Snipist (Sky Arts Playhouse). He recently contributed a new introduction to Reminiscences of a Bachelor, which revives a “lost novella” by J. S. Le Fanu. Holness tweets as @MrHolness. www.matthewholness.com

Brian J. Showers: Do you recall the first Le Fanu story you read?

Matthew Holness: Perhaps typically, it was his much-anthologised masterpiece “Carmilla”. I read it in a cheap hardback anthology which I still own to this day. The atmosphere it generated made a huge impression on me.

BJS: What were the circumstances under which you encountered it?

MH: Well, the book itself was a surprise Christmas present. A perfect one as I was a horror-obsessed teen at the time. I think I read “Carmilla” first because I was a huge fan of Hammer horrors, especially the “Karnstein” films (no prizes for guessing why). I used to tape all the late night double-bills and watch them on Sunday mornings with my brother. Then go to Church.

BJS: Is “Carmilla” your favourite of Le Fanu’s works? Or does another story have that honour?

MH: My favourite is actually “Green Tea”. It seems to me to represent Le Fanu’s greatest strength – depicting the slow and inexorable disintegration of a haunted mind.

BJS: So what draws you to Le Fanu’s writing then?

MH: His stories aren’t remotely cosy. Le Fanu looks deep within for his ghosts; his tales feel isolated and deeply personal. They are oppressively dark, yet moments of tenderness can spring up suddenly and unexpectedly, like Barton’s melancholy dream-vision recounted towards the end of “The Watcher”. Le Fanu captures private desolation and loneliness like few other writers. It’s almost apt that his work exists to this day in a kind of literary vacuum.

BJS: You’ve even said you admire Le Fanu more than M.R. James. Why is that?

MH: For me, his stories are far darker than James’s. Le Fanu approaches the supernatural from a psychological perspective. James creates lonely, haunted characters too but you don’t feel for them in the way, perhaps, that you do for Le Fanu’s victims. With James, you observe the haunting with a confident, reassuring author’s hand guiding you safely through the darkness towards a metaphorical fireplace where sherry and mince pies await. Conversely, Le Fanu makes you stand outside, alone in the cold and the dark, watching his traumatised victims slowly succumb to an exhausting, debilitating process of physical and psychological deterioration. Unlike James, Le Fanu’s narrators aren’t remotely reassuring either. They and the other characters in his tales almost look to the reader for assistance and understanding. With Le Fanu, you’re forced to watch the victim’s journey of suffering towards a lonely, terrifying death. Without sherry or mince pies.

BJS: Why do you think Le Fanu’s novella “The Fatal Bride”, which appears in Reminiscences of a Bachelor for the first time since 1848, has been passed over?

MH: Very hard to say. Personally, I feel it’s a worthy contender for Le Fanu’s wider “canon”. The understated tone, pacing and subject-matter are all characteristic of his established work. It’s a compelling story, too, and quietly disturbing. Who knows why it was never reprinted? Perhaps Le Fanu had personal reasons we’ll never know of. But it’s fascinating how he replayed similar scenarios and themes throughout his other work. I think there are probably reasons for that which have nothing to do with any perceived lack of imagination.

BJS: You’re a comedian by trade – and there seems to be a connection between horror and comedy – but what is it?

MH: Was a comedian, I should perhaps clarify. I don’t really know, is my honest answer. Possibly it’s a generational thing, many modern comedians having been fortunate enough to grow up in a “golden age” of horror. We had video nasties, Stephen King bestsellers and classic horror films shown every week on TV. I was particularly fortunate as a boy in that I lived in the same town as Peter Cushing and was lucky enough to meet him several times. As far as I was concerned, Professor Van Helsing himself lived in my home-town. How could I not be obsessed with horror? Perhaps it’s nostalgia for the cultural heritage we grew up with. And wanting to make that sort of reassuring, “grown up” stuff that haunted us as kids.

BJS: Do you have any prized Le Fanu editions in your own collection?

BJS: Which of Le Fanu’s works do you think is overlooked that you might recommend someone try?

MH: Of Le Fanu’s novels, I think The Wyvern Mystery is superb and unfairly maligned by many critics. Meanwhile, of his stories, I think “Squire Toby’s Will” is first rate Le Fanu. Above all, however, I’d recommend “The Child that Went with the Fairies”. Similarly overlooked, it’s a beautifully sad and subtle tale. Eerie, fantastical yet very human. I think it’s one of Le Fanu’s best. 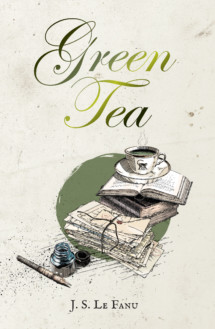 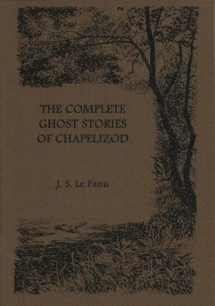 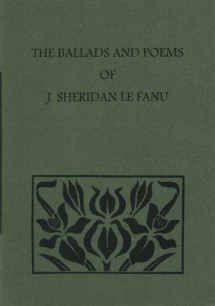 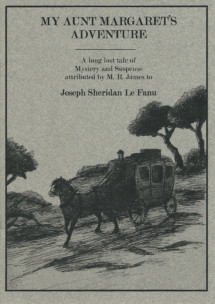