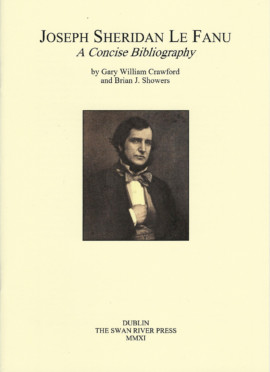 “As my book J. Sheridan Le Fanu: A Bio-Bibliography (Greenwood Press, 1995) has shown, cataloguing Le Fanu’s work is no easy task. There are many snares and chasms, omissions and errors to be found on the bibliographer’s journey. Most difficult is the fact that many of Le Fanu’s works were published anonymously in Victorian magazines. This has been further complicated by the fact that Le Fanu’s account books, notebooks and other papers were dispersed and lost after his death. There are undoubtedly many unsigned items produced by Le Fanu’s pen that will never be found.

“This concise edition of that bibliography was edited, re-organised and amended by Brian J. Showers, with assistance from Richard Dalby. A major difference is that the magazine appearances are listed chronologically to help give a sense of Le Fanu’s development as a writer. The listing of books is selective as to first editions and major appearances, as is the secondary material with annotations provided for landmark critical works.” – from the “Preliminary Word” by Gary W. Crawford 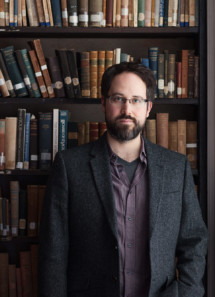 “I love lists. I can pore over a list for hours, pondering the complex relationships between space, time, effort, success and obscurity that seems to make up the typical literary career. Swan River Press has just published a pretty damn concise bibliography of the works of J. Sheridan Le Fanu . . . The point is, the bibliography is very good.” – Supernatural Tales

“This concise bibliography serves, then, to introduce readers to both the works by and about Le Fanu. As a continuation of Crawford’s earlier bibliographic work, it allows both Crawford and Showers to present the same basic material, revised and updated, in a condensed version, and with a tighter emphasis upon both original appearances and major editions, material of interest primarily to the scholar and the student, who may well want to assess the impact and reception of the work on Le Fanu’s contemporary audiences.” – Le Fanu Studies

019. “Some Account of the Latter Days of the Hon. Richard Marston, of Dunoran”
The bibliography mistakenly omits “the Hon.” from the title. It appears correctly above.

“A story in seven parts” divided into twenty-one chapters. The story is credited in the text as “By J. S. Le Fanu” and set in Le Fanu’s fictional town of Golden Friars. It was first reprinted in Chronicles of Golden Friars (1871) and increased to twenty-three chapters to accommodate the inclusion of “Madam Crowl’s Ghost”. The final chapter in the book was an expanded from the last fifteen lines of the magazine issue.

097. Chronicles of Golden Friars
Add: “This reprint of ‘Laura Mildmay’ does not conform with the magazine issue. Instead it incorporates ‘Madam Crowl’s Ghost’.”

Published for the bicentenary of Le Fanu’s birth, Reminiscences of a Bachelor reprints for the first the the original 1847 version of ‘The Watcher’ and is the only republication of ‘The Fatal Bride’ since its original appearance in 1848. The ‘Prologue’ was created by the editors for this edition by extracting the first few paragraphs from ‘The Fatal Bride’.”

With thanks to Barry Cross, Richard Dalby, Stefan Dziemianowicz, and Valeria Cavalli.