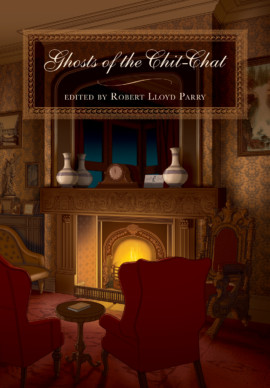 Ghosts of the Chit-Chat

“Such things may have attached to them heaven knows what spooks and spirits.”

On the evening of Saturday, 28 October 1893, Cambridge University’s Chit-Chat Club convened its 601st meeting. Ten members and one guest gathered in the rooms of Montague Rhodes James, the Junior Dean of King’s College, and listened—with increasing absorption one suspects—as their host read “Two Ghost Stories”.

Ghosts of the Chit-Chat celebrates this momentous event in the history of supernatural literature, the earliest dated record we have of M. R. James reading his ghost stories out loud. And it revives the contributions that other members made to the genre; men of imagination who invoked the ghostly in their work, and who are now themselves shades. In a series of essays, stories, and poems Robert Lloyd Parry looks at the history and culture of the Club.

In addition to tales and poems never before reprinted, Ghosts of the Chit-Chat features earlier, slightly different versions of two of M. R. James’s best-known ghost stories; Robert Lloyd Parry’s profiles and commentaries on each featured Chit-Chat member sheds new light on this supernatural tradition, making Ghosts of the Chit-Chat a valuable resource for casual readers and long-time Jamesians alike. 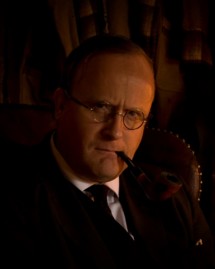 Robert Lloyd Parry is a performance storyteller and writer. In 2005 he began what he now refers to as “The M. R. James Project”, with a solo performance of “Canon Alberic’s Scrap-book” and “The Mezzotint” in James’s old office in the Fitzwilliam Museum, Cambridge. The Project has since encompassed five more one-man theatre shows, several films and audiobooks, two documentaries, a guided walk, and numerous magazine articles.

“Robert Lloyd Parry has put together a handsome anthology . . . A worthy edition to the Jamesiana shelves.” – Fortean Times

“An exquisite reading pleasure, not only because of the featured fiction, but also for the ability to recreate the atmosphere of those past times and to portray the life of some among the cult authors of classic ghost stories.” – Black Gate

“This is a lovely little book . . . there are some fascinating and often rarely seen pieces of writing here.” – A Ghostly Company

“An absorbing collection of stories, poems, and other writings of a supernatural nature by members of the eponymous society.” – Supernatural Tales

“Robert Lloyd Parry has prefaced this book with an introduction, and each story with a biographical note. These are well-written and full of insight. Parry makes no exaggerated claims for the stories, but points us gently towards their merits. Together the stories and the essays provide a stimulating and entertaining glimpse into the intellectual life of late Victorian Cambridge.” – Reggie Oliver Wormwood 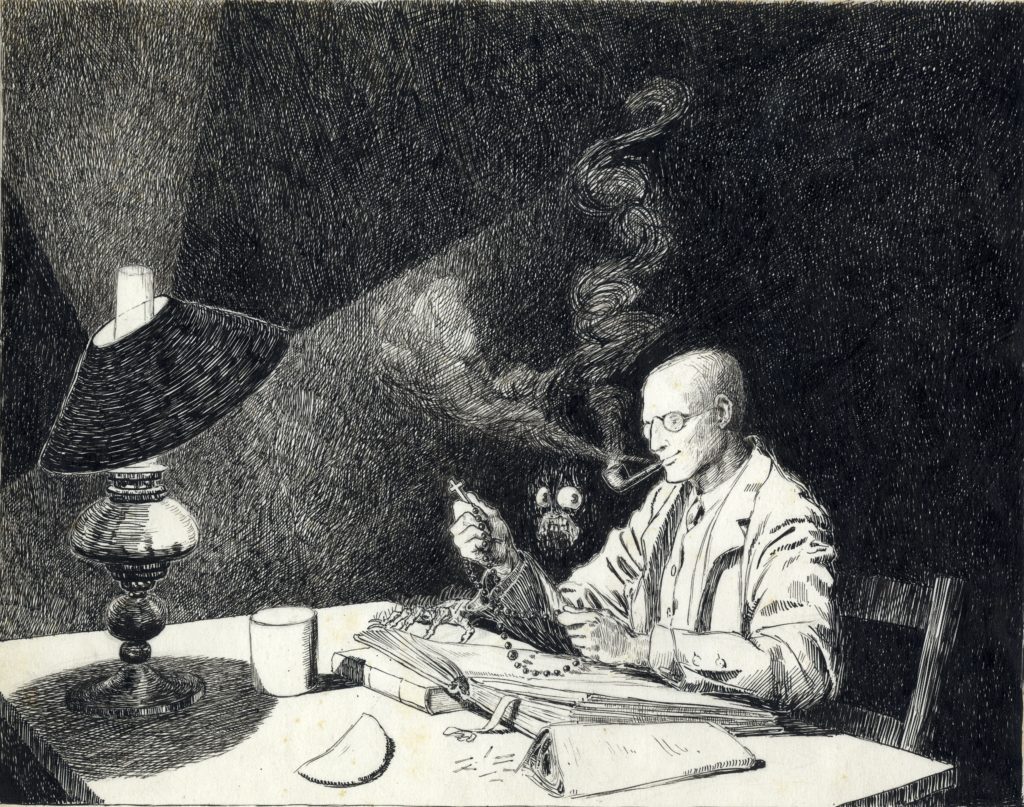 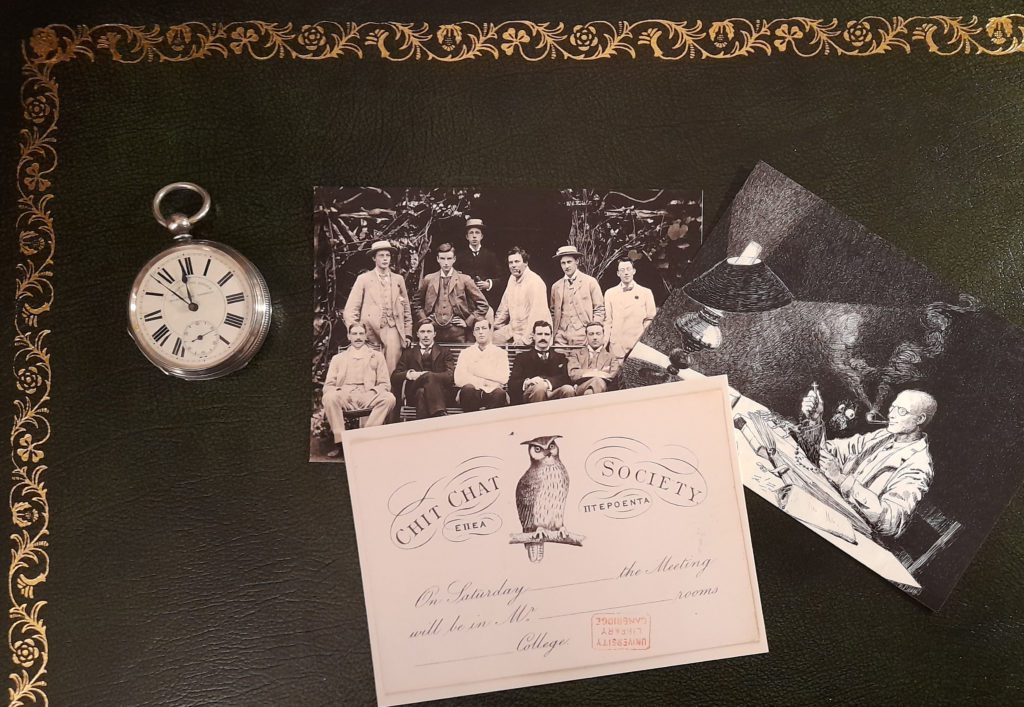 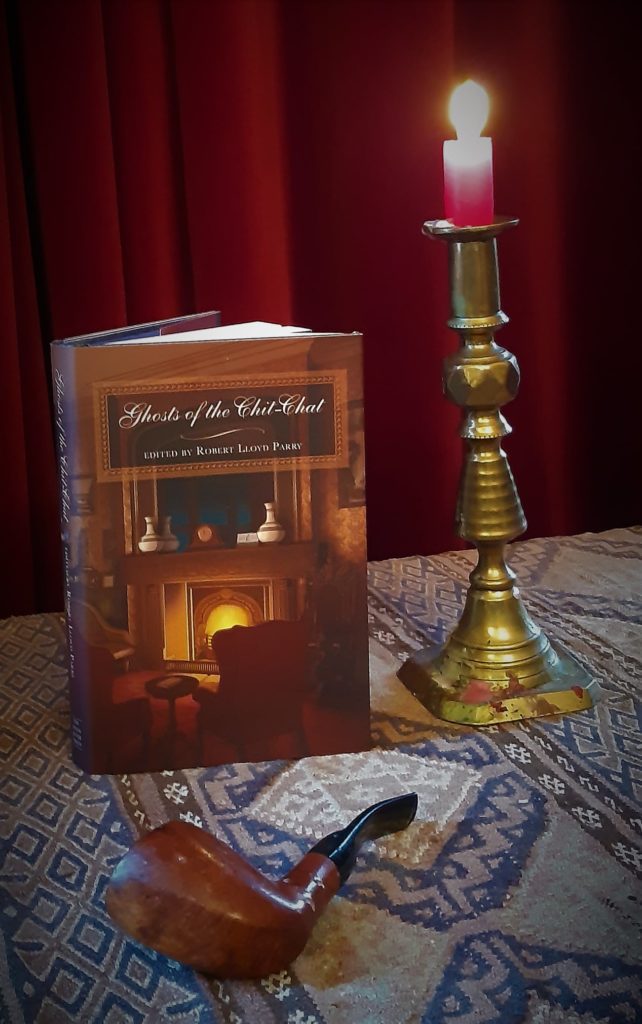 “An Invitation to the Chit-Chat”

“This Society shall be called the ‘CHIT-CHAT CLUB’, and consist of Members of the University, and have for its object the promotion of rational conversation.”

This rule, the first in the founding charter of the Chit-Chat, was not always strictly observed during the thirty-seven years of the club’s existence. It’s true that membership was only ever drawn from undergraduates and staff of Cambridge University, but the name was subject to variation, and it was for an evening of supernatural storytelling rather than rational conversation that the Chit-Chat has earned its modest place in the history of English literature.

On the evening of Saturday, 28 October 1893, members past and present ought to have been enjoying a dinner in celebration of the club’s recently held 600th meeting. The secretary, A. B. Ramsay, had failed to make the necessary arrangements, however. So instead, ten current members and one guest gathered in the rooms of the Junior Dean of King’s College and listened—with increasing absorption one suspects—as their host read “Two Ghost Stories”.

Ghosts of the Chit-Chat is not the first book to celebrate this momentous event in the history of supernatural literature, the earliest dated record we have of M. R. James reading his ghost stories out loud. But it is the first to look more widely at the contributions that other club members made to the genre. The authors whose works appear in these pages are not a diverse group: they were the privately educated sons of bankers, lawyers, schoolmasters, and clergymen, who would themselves go on to careers in academia, journalism, the army and the church. But they were also men of imagination, curiosity, and wit, and the variety lies in the different approaches to supernatural fiction: here you’ll find tales of ghostly retribution and black magic; spatterings of gore and glimpses “beyond the veil”. You’ll read stories written to edify schoolboys, and poems composed to tickle undergraduates. You’ll encounter allegory, satire, and mysticism.

And while all the writers invoke ghosts in their work, many are also shades themselves; men whose remembrances have faded, whose voices are but faintly heard today. M. R. James and E. F. Benson remain in the mainstream, it’s true. But while names like Maurice Baring, Desmond MacCarthy, and J. K. Stephen may still ring faint bells with the book loving public, their works are long out of print. Whereas the writings of Robert Carr Bosanquet and Will Stone are found only in the pages of unread memorial volumes.

Each of the works selected here is preceded by an account of the author’s life and his relationship to M. R. James and—except in one case—formal membership of the Chit-Chat Club is a prerequisite for inclusion in this volume. Celebrated Cambridge supernaturalists like Arthur Gray, E. G. Swain, R. H. Malden, and others find no place here for the simple reason that they never made the commitment to attend a meeting every Saturday evening at 10 P.M. during term, take a pinch of snuff, and listen to one of their friend’s read a paper. Or perhaps they were never asked.