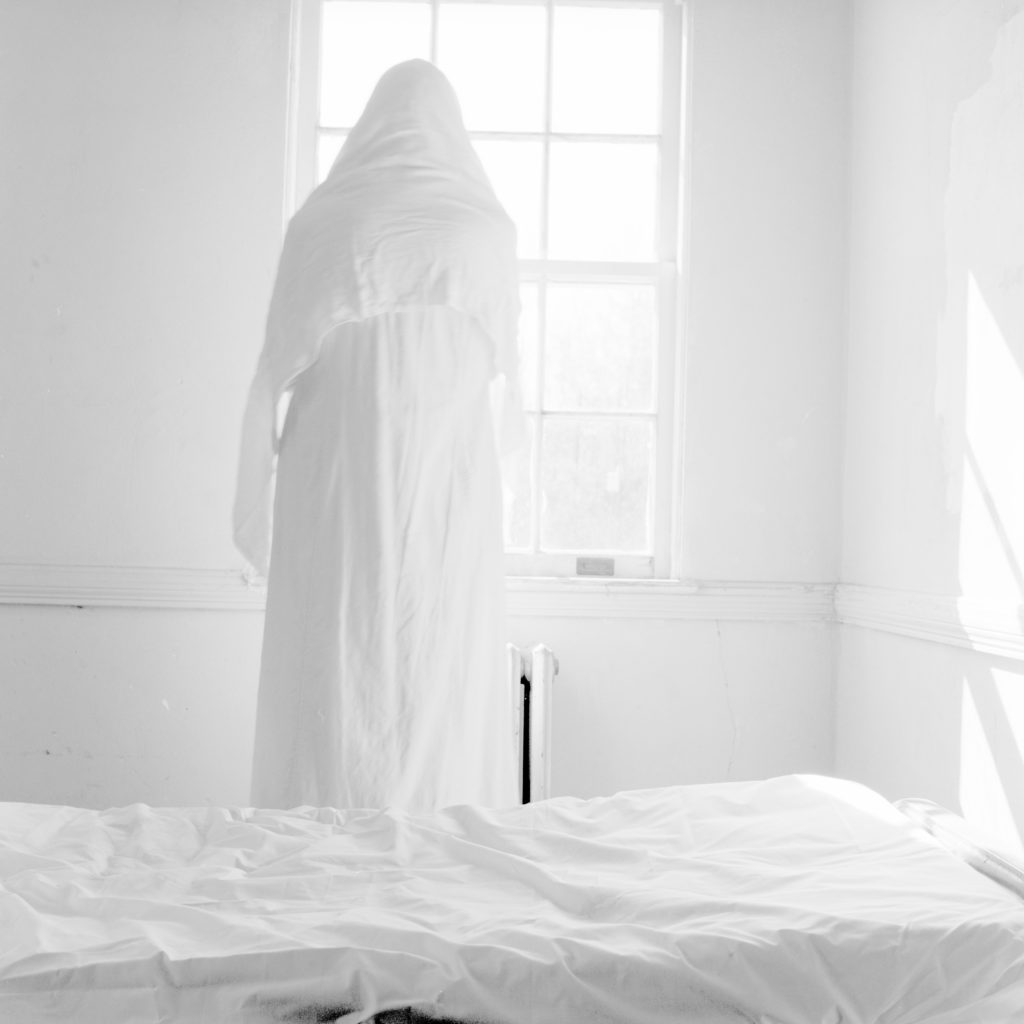 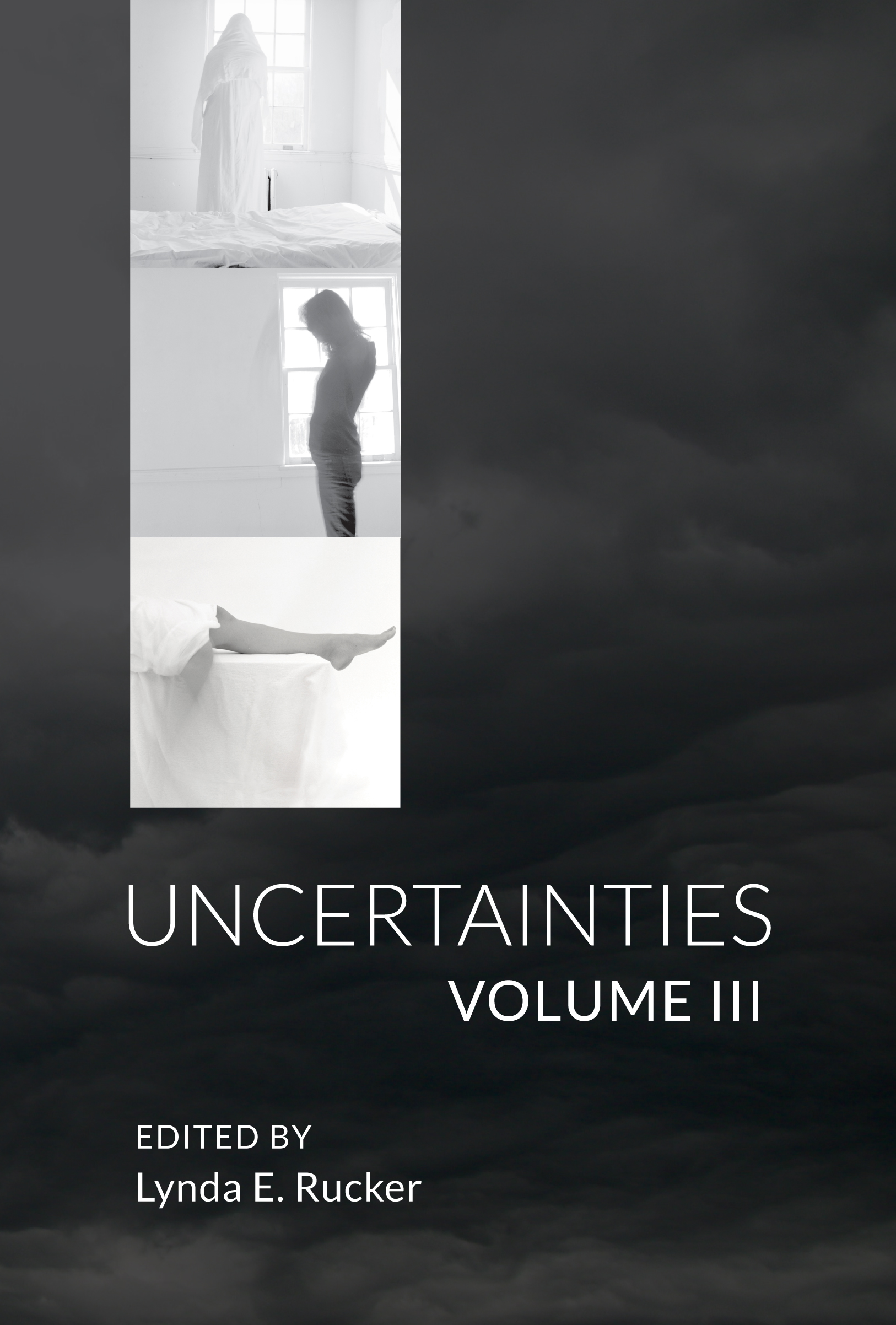 Lynda E. Rucker has sold more than three dozen short stories to various magazines and anthologies, won the 2015 Shirley Jackson Award for Best Short Story, and is a regular columnist for UK horror magazine Black Static. Her first collection, The Moon Will Look Strange, was released in 2013 from Karoshi Books; and her second, You’ll Know When You Get There, was published by Swan River Press in 2016.

Brian J. Showers: This is the first anthology you’ve edited, isn’t it? Given that there are already two instalments in the Uncertainties series, what were your initial thoughts as to how you wanted to approach this project?

Lynda E. Rucker: I’ve always wanted to edit an anthology, but yes, this is the first one I’ve ever done. Initially, I was really unsure whether I wanted to do one that was invitation only or whether I wanted to open it to submissions. I talked with a few other people and editors about it, and in particular had a couple of long conversations with Joe S. Pulver. Talking with Joe convinced me that editing an anthology for the first time was a big enough project without also drowning myself in a slush pile, so in the end I decided to go the invite route.

The idea behind the series was already in place, and I’d read both the previous books and had a sense of the shape I wanted mine to take — although what was interesting was that I ended up with something somewhat different from what I had envisioned. That’s the human element of assembling an anthology. Even when it comes to work by writers you’re familiar with, you can end up being surprised — that’s the mark of a good writer! So there were several instances in which I asked a writer to send me something and I expected a certain type of story and what I got was quite a bit different. I think that was one of the most exciting elements of the process. 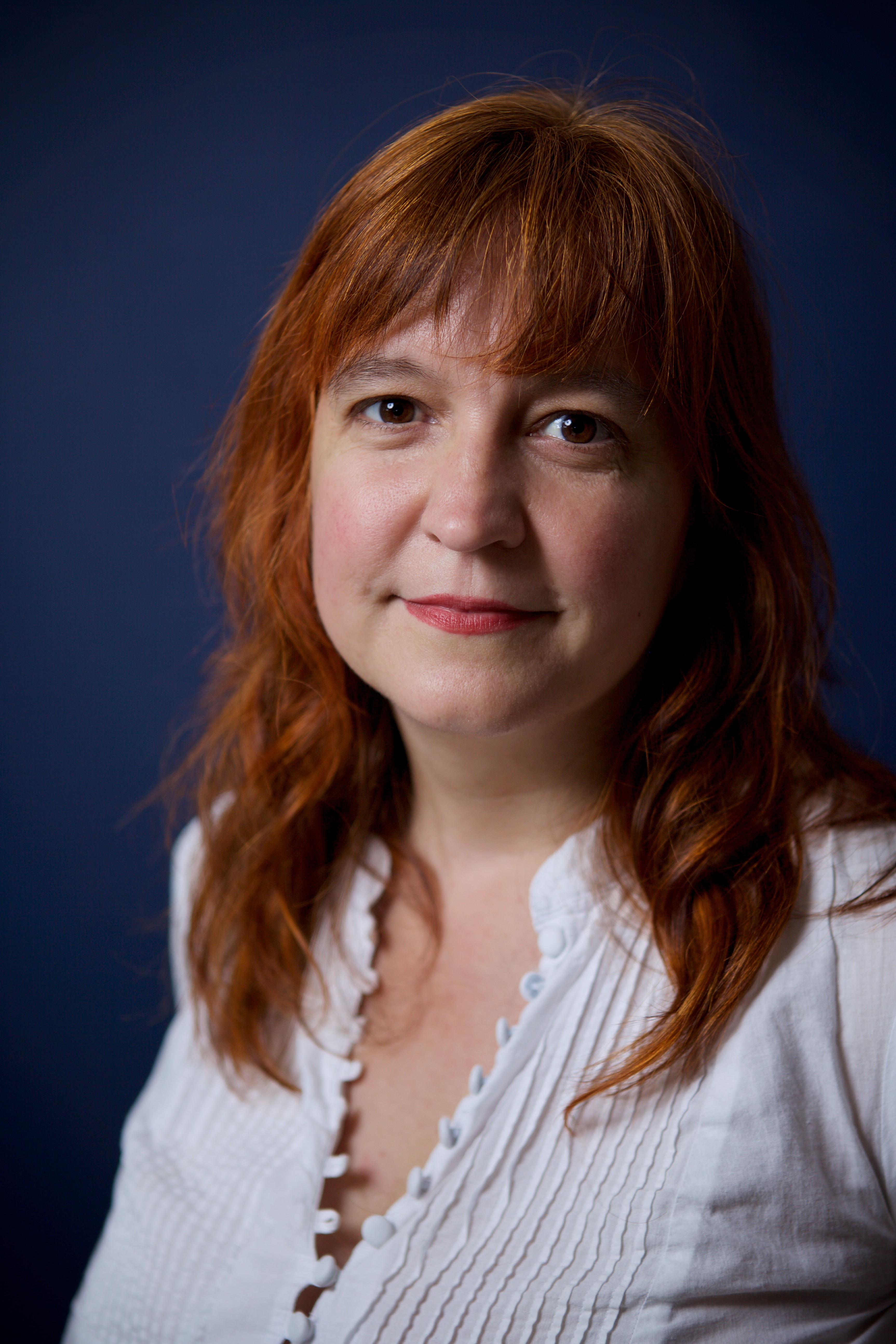 BJS: The thing I love about, broadly speaking, the horror genre, is that there are so many nuances in the approach, each eliciting different sensations: the strange, the grotesque, the weird, the numinous . . . What sort of dark corners does Volume 3 explore? Anything unexpected or surprising?

LER: One recurring theme that emerged in about half of the stories is that of fraught sexual or romantic relationships. That’s a preoccupation in my own work, but it sort of surprised me that it ended up being a dominant theme in the stories writers sent to me. Within the broader remit of the Uncertainties series, which (as I interpreted it!) is to sort of show the world askew, I tried to include a variety of voices and styles and approaches to the uncanny, and I think the anthology really reflects that.

Just to give a few examples without giving away too much — the Matthew M. Bartlett story has a kind of lush decadent feel to it that I think situates it firmly in the realm of the weird; Ralph Robert Moore’s story is a mix of magical realism and a hardboiled American style of writing; and the S. P. Miskowski story starts off somewhere in the territory of mimetic lit-fic and veers off into something much more unsettling — actually it occurs to me just at this moment that there are elements of it that are almost Ballardian. So in all, I think it’s a book that really showcases the scope of the genre.

BJS: I believe you grew up, like so many of us, reading classic anthologies — tales of terror, stories to tingle the spine. Hitchcock and Karloff, Haining and Dalby. Which of those old anthologies (and their editors) were important to you as a reader? 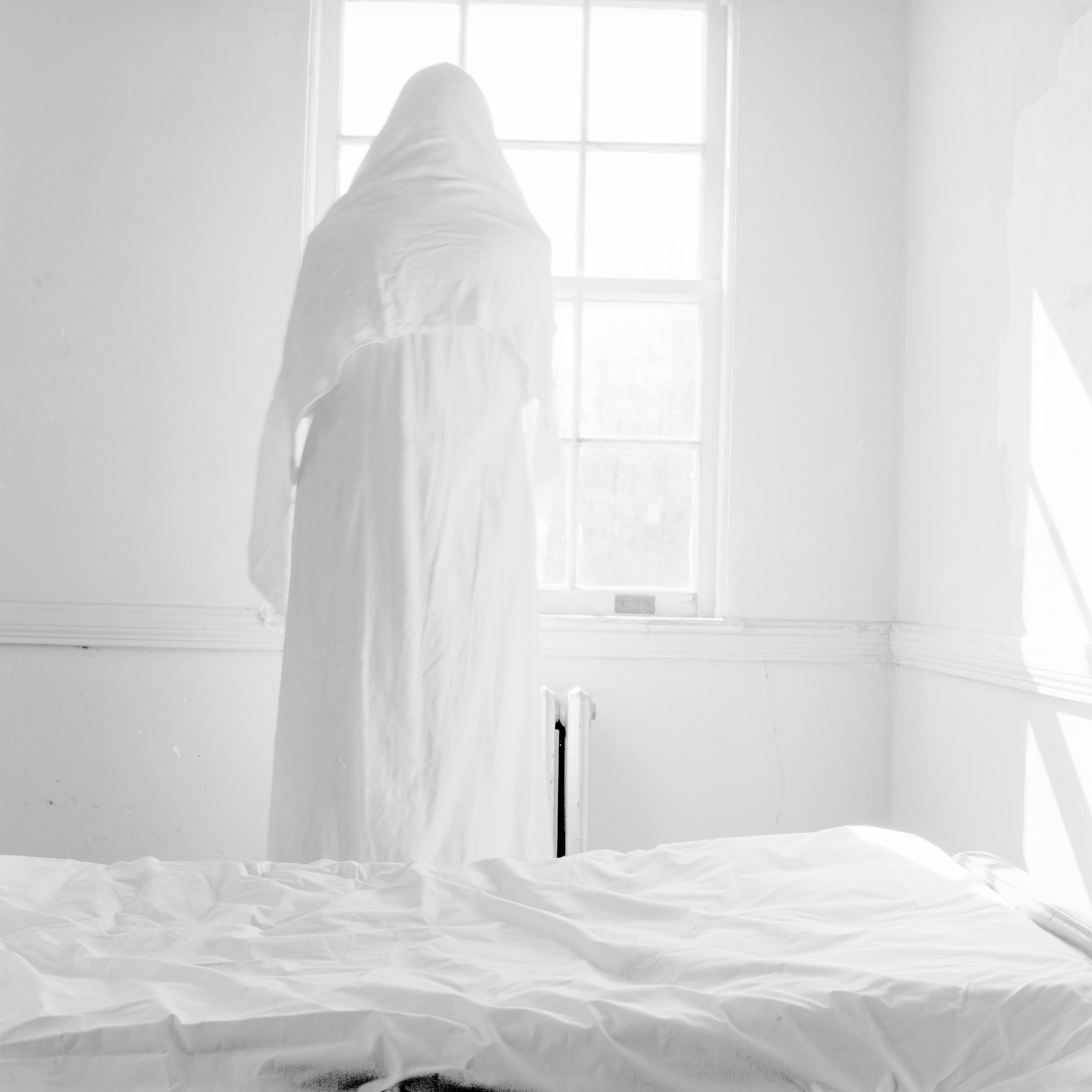 LER: Yes, my grounding and my first encounters with horror fiction is absolutely in those old, classic stories. As for who was specifically important to me, in those days — pre-internet — it was largely a matter of access. I grew up in a small town with the nearest bookstore an hour away, and it was a fairly uninspiring Walden Books in a mall. So I sort of had to make do.

Fortunately, I also grew up in a house full of books and with a mother who liked horror stories, although sadly Haining and Dalby didn’t cross my path. Of the ones you mentioned — absolutely Hitchcock. Alfred Hitchcock’s Ghostly Gallery is probably the first horror anthology I ever read. I still remember that F. Marion Crawford’s “The Upper Berth” and A. M. Burrage’s “The Waxwork” in particular terrified me. I also had an anthology called Shudders, which is where I first encountered “The Monkey’s Paw” along with stories by William Hope Hodgson and Frank Belknap Long, among others. There were a few more — I can’t remember the titles or editors but I think they were all sort of generic packaged anthologies that reprinted classics. It was with that foundation that I went on to read more contemporary stuff — I almost said “moved on”, but that makes it sound like I left those old classics behind and nothing could be further from the truth.

Speaking of “more contemporary”, I would be remiss if I didn’t mention some later editors, from the 1980s, who were hugely important in shaping my conception of short horror fiction, its scope, and what it can do — David Hartwell with The Dark Descent, Charles L. Grant’s Shadows, and Stuart Gordon Schiff’s Whispers anthologies along with “Year’s Bests” edited by Karl Edward Wagner, Ellen Datlow & Terri Windling, and Stephen Jones & Ramsey Campbell. And of course, those two modern classics, Douglas Winter’s Prime Evil and Kirby McCauley’s Dark Forces.

BJS: It’s funny how anthologies seem to be the gateway for so many! You mention your “conception of short horror fiction, its scope, and what it can do.” What are the limits to horror as a genre — if it has any? 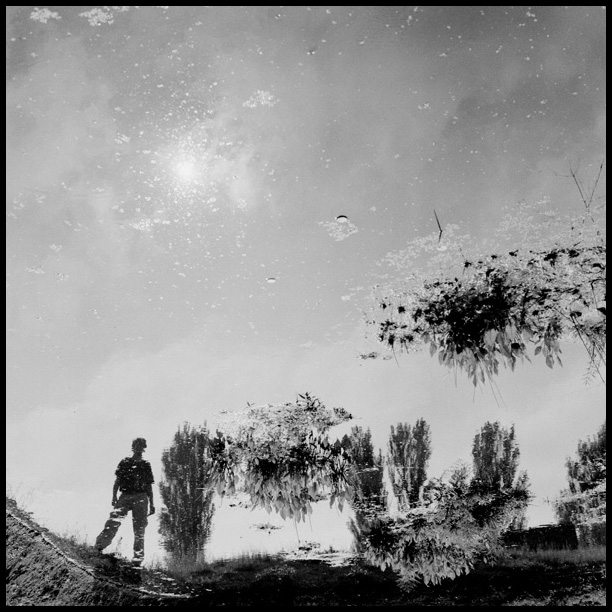 LER: My inclination is to say “there are no limits!” but that’s a bit disingenuous on my part — if we’re being very literal, obviously there are certain types of stories that can’t be told even within the broadest parameters of the horror genre. But I do resent narrow definitions of horror fiction, more so because they are nearly always formulaic and insulting. Most often, this comes in the belief that horror movies are movies where killers stalk people and kill them in explicit and inventive ways, or they are cheaply made junk with lots of jump scares, and that in literature, it’s adolescent, poorly-written, predictable tripe for the barely literate.

My view of horror is that it is a very broad church. It encompasses everything from the subtlest and most enigmatic of tales to the full-on Grand Guignol. It’s Halloween and Martyrs and The Hills Have Eyes, but it’s also Picnic at Hanging Rock and I Am the Pretty Thing that Lives in the House and The Innocents. It’s Gothic literature, it’s ghost stories, it’s supernatural tales.

I think arguments about labelling literature are incredibly tedious, but it does bother me when people try to insist that something isn’t horror basically on the grounds that it is well-written or well-made, that it has depth and resonance and fine prose or is character-driven or has a political consciousness or whatever. And I loathe the fact that people keep throwing decades of amazing horror films and stories under the bus by coining new phrases like “post-horror” and “elevated genre”, and maybe the worst of all, “horror-adjacent” (what does that even mean?) What that says to me, quite simply, is that the person doesn’t know anything about the genre or its history. I also lean toward the idea that horror is really less a genre than it is a mode of literature, “an emotion” as Doug Winter once famously and controversially said. 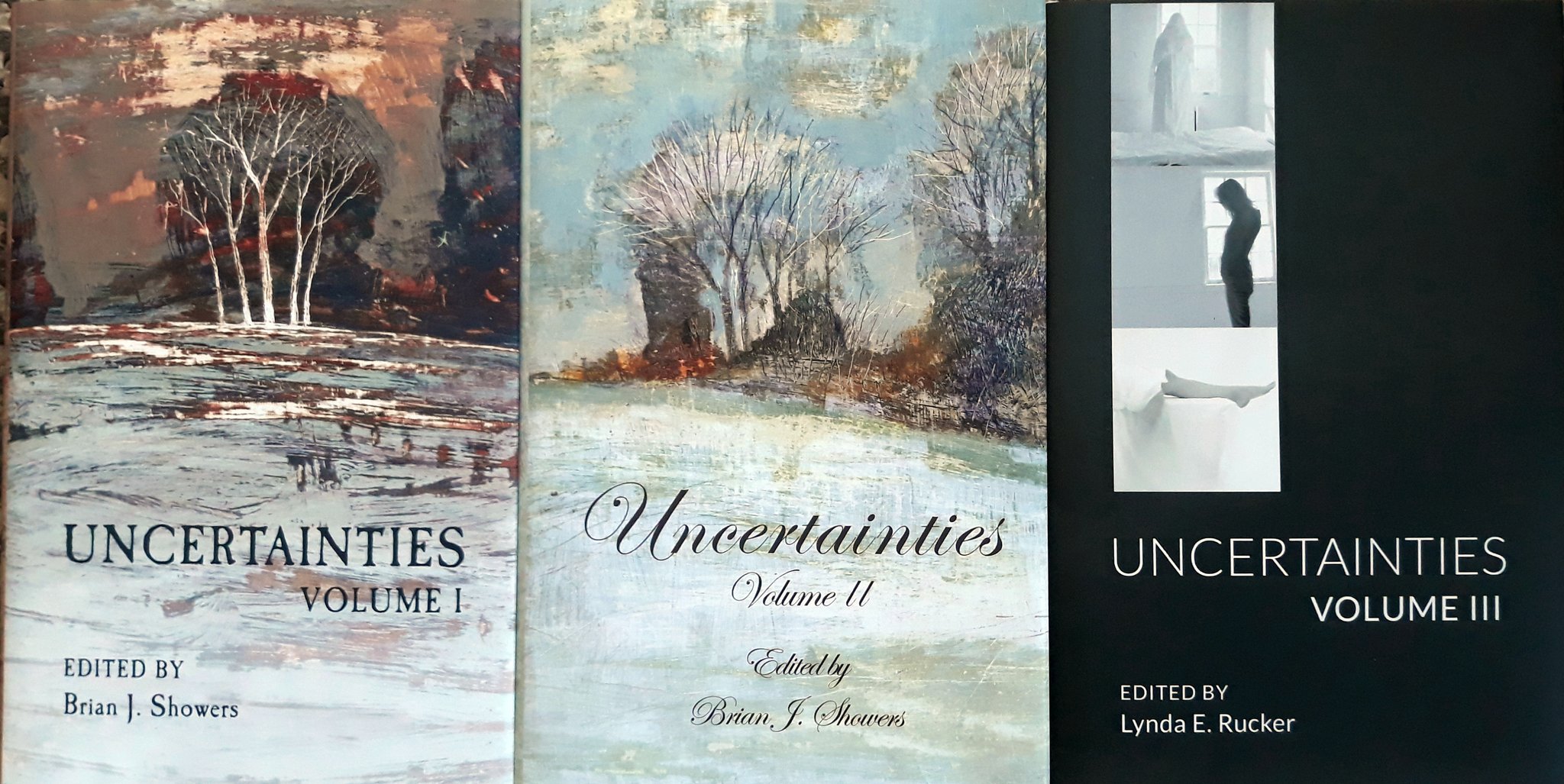 Clearly, I could go on about this for a while but I probably should just go and write an essay instead. Nina Allan — a fine writer anyone with preconceived notions about the inferiority of the horror genre should check out — has written about this on her blog, and I’d urge anyone who wants to read further on the subject and get some great recommendations to check it out here and here and here.

BJS: I’m sure we could go on about the nuances of horror ad nauseum, and I know there have been a few late nights in the pub where we have — but this wonderfully illuminating exploration of nuance is really what the Uncertainties anthology series is about, isn’t it? So what else have you got in the pipeline these days?

LER: I have a few short stories on the go and a novella, and I’m working on a monograph for the PS Publishing imprint Electric Dreamhouse. I’ve also got a novel on the back burner that I hope to be able to move to the front burner once I get a couple of other projects out of the way. And beyond that, I’ve got a few more distant projects in mind — including an idea for another anthology, actually. Uncertainties 3 was a real pleasure to put together, and I hope readers enjoy it as much as I did.

Buy a copy of Uncertainties 3 here.

Brian J. Showers has written short stories, articles, interviews, and reviews for magazines such as Rue Morgue, Supernatural Tales, Ghosts & Scholars, and Wormwood. His collection The Bleeding Horse won the Children of the Night Award in 2008. He is also the author of Literary Walking Tours of Gothic Dublin; and, with Gary W. Crawford and Jim Rockhill, he co-edited the Stoker Award-nominated Reflections in a Glass Darkly: Essays on J. Sheridan Le Fanu. The anthology Dreams of Shadow and Smoke, co-edited with Jim Rockhill, won the Ghost Story Award for best book in 2014. He also edits The Green Book, a journal devoted to Irish writers of the fantastic.