So this is pretty exciting news.

For quite some time I’ve been pondering the idea. Is it even possible? The question kept me up nights, brain scheming. I remember a while back now – a year and a half ago, maybe? – talking to John Connolly on Dame Street after a chance meeting. I asked him if he thought it could be done, if it should be done. “Yes. Definitely,” he said. No hesitation. And who am I to argue? So this week we made the final arrangements.

Ladies and gentlemen: Do you like ghosts? Do you like books? Do you like Guinness? If the answer is yes to one or more of these questions, then I’d like to formally invite you to the first Dublin Ghost Story Festival.

While we’re still putting together some of the details, I wanted to make the announcement straight away so people could mark their calendars and think about making arrangements. Here are the facts so far:

Where: The Grand Lodge of Ireland, Molesworth Street, Dublin, Ireland

So there you go. Hopefully that will tide you over until I can put together the website and a way for people to book membership. I’m very excited about the venue – the rooms at the Freemason Lodge will make the perfect backdrop for our event, in particular to Robert Lloyd Parry’s one-man show that will kick-off the weekend.

Saturday will feature panel discussions, readings, and plenty of time have pints with attendees. There will be a dealer’s room too, of course. Sunday is still being planned, but will include a guided tour. That’s all I can say about that for now.

If you have any questions, or want to leave any comments (we’d like to hear from you), we have a Facebook page here. In the meantime, please help us get the word out.

Over the next month there will be announcements. Other guests, panels, attendees… Needless to say we’re eager to host this event and share a pint with you. So please consider joining us in the city of Bram Stoker, J.S. Le Fanu, Lafcadio Hearn, and Lord Dunsany! 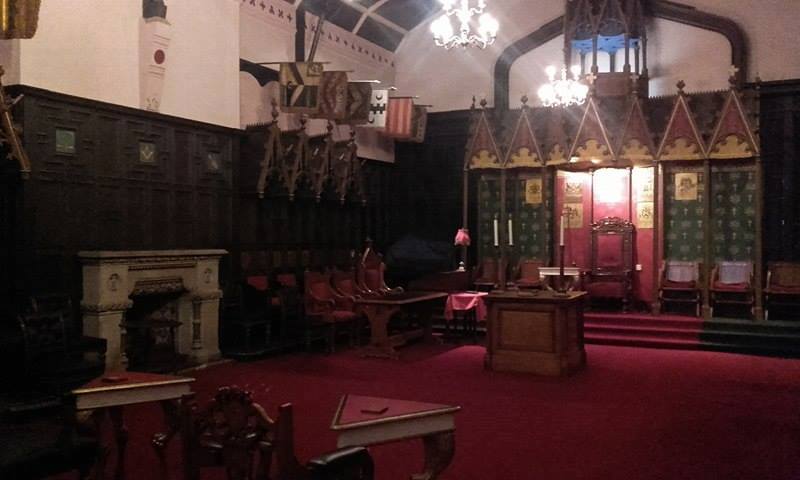