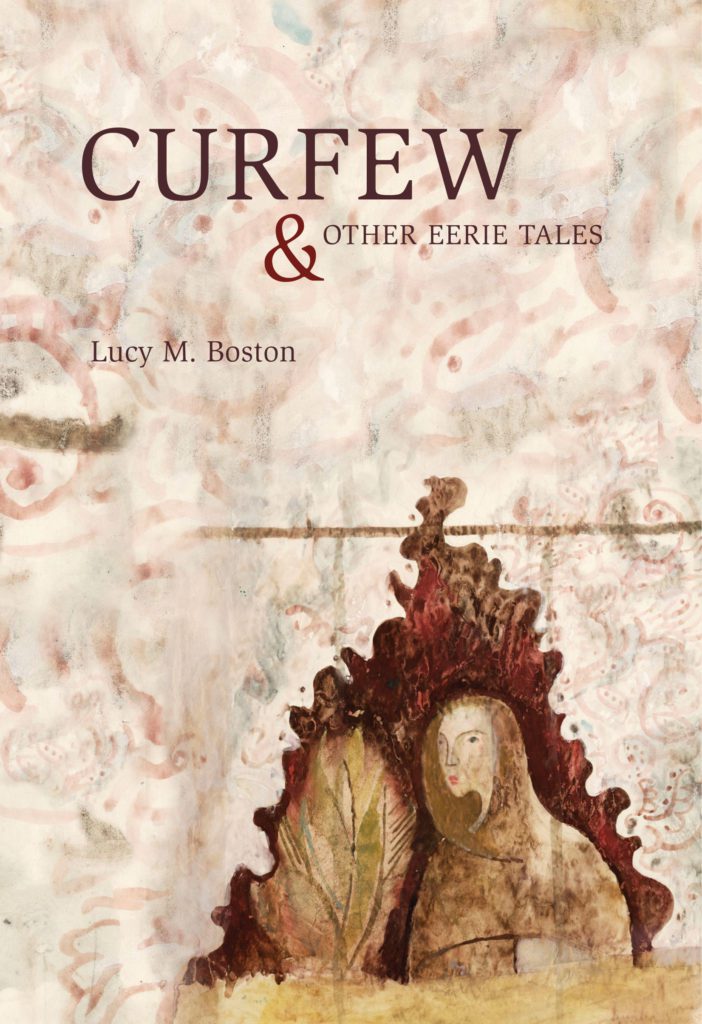 “His eye sockets were appallingly hollow, and he lifted his chin as the blind do when they seek.”

Lucy M. Boston is best remembered today as the Carnegie Medal-winning author of a series of children’s novels set in Green Knowe, an ancient, haunted house based on Hemingford Grey Manor near Huntingdon, Cambridge. She began writing these chilling tales when she was already in her sixties, but they were not her first attempts at fiction. A handful of supernatural tales dating from the early 1930s exist among her papers, and these are here published together for the first time, along with her only play, The Horned Man, which has been out of print since 1970. An introduction by Robert Lloyd Parry considers the literary influences on these works and looks at them in the context of Boston’s personal life.

Of the short stories in this volume only three have been published before—”Curfew”, “The Tiger-Skin Rug” and “Many Coloured Glass”—all having appeared originally in long out of print anthologies for children. Children play pivotal roles in the first two of these stories, but there is nothing specifically juvenile about their language or themes, nothing to exclude them from a mature bookshelf. Indeed in her use of children as witnesses and victims of the supernatural, Boston was—consciously or otherwise—emulating that other great East Anglian supernaturalist, M. R. James.

Boston’s debt to James, in fact, runs deep. The stories collected here offer the same unmistakeable, inexplicable malice that we find in James, and the same lurking feeling of terror: what Boston calls in “Curfew” the “thrill, or chill, of expectation”. And like James’s most celebrated stories, most of those collected here centre around antiquarian objects—an old bell, a rug bought at auction, an intricately carved desk left in a house by a previous occupant—curious trouvés, artefacts of the past that carry more than memories with them. 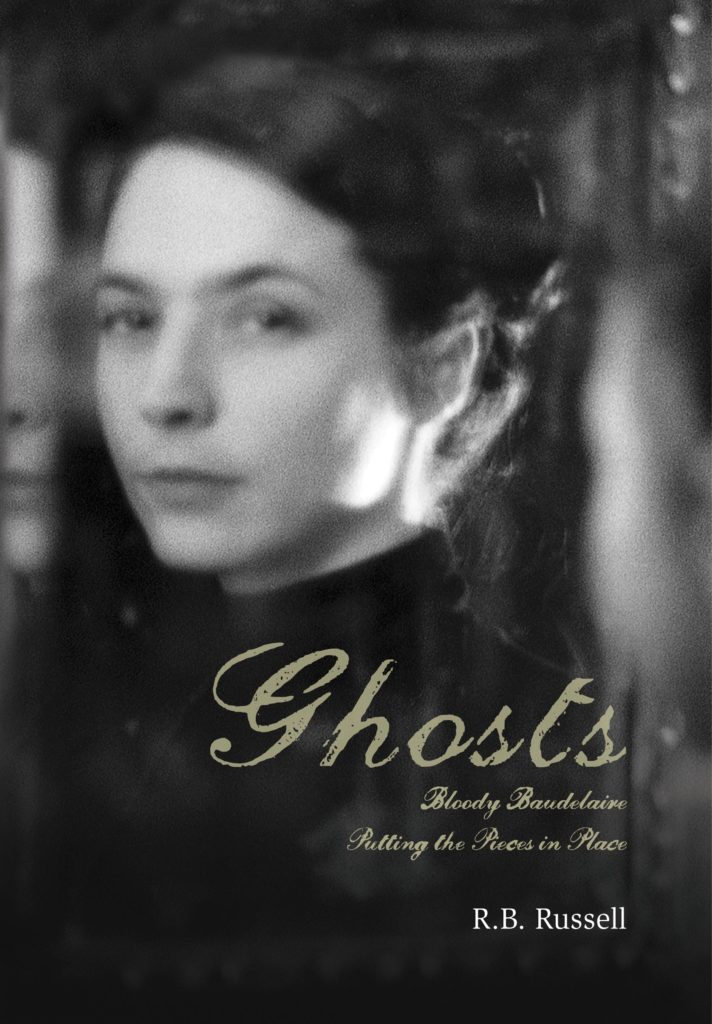 “I can barely conceive of a type of beauty in which there is no Melancholy.” – Charles Baudelaire

Ghosts contains R. B. Russell’s debut publications, Putting the Pieces in Place and Bloody Baudelaire. Enigmatic and enticing, they combine a respect for the great tradition of supernatural fiction, with a chilling contemporary European resonance. With original and compelling narratives, Russell’s stories offer the reader insights into the more hidden, often puzzling, impulses of human nature, with all its uncertainty and intrigue. There are few conventional shocks or horrors on display, but you are likely to come away with the feeling that there has been a subtle and unsettling shift in your understanding of the way things are. This book is a disquieting journey through twilight regions of love, loss, memory and ghosts. 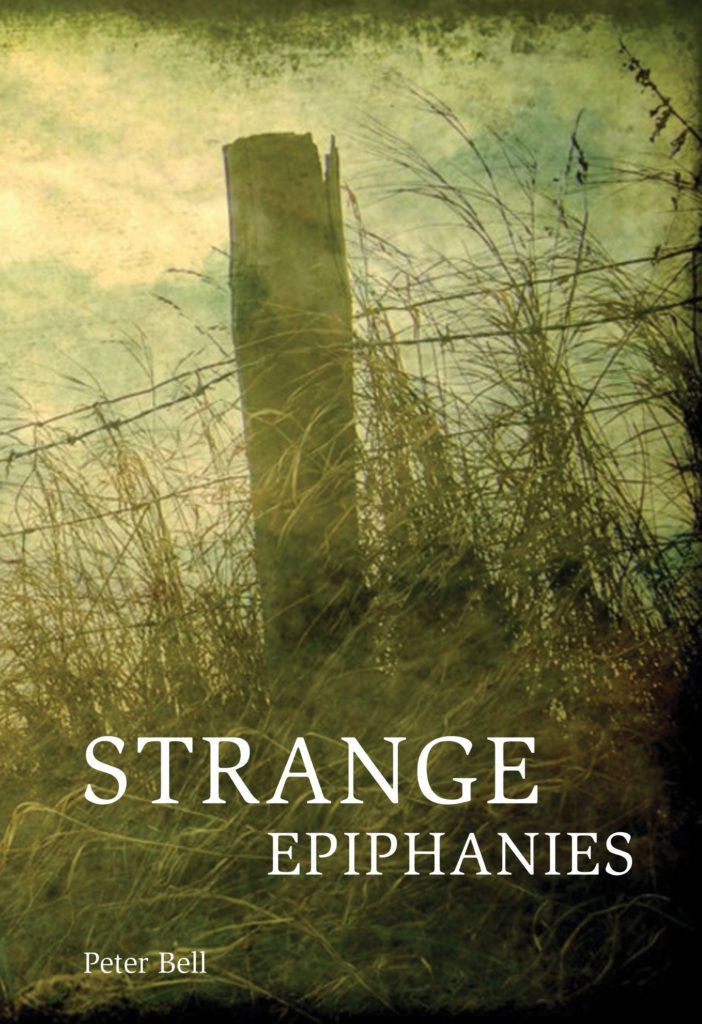 “Man is made a mystery for mysteries and visions . . . ” – Arthur Machen

A mentally disturbed woman is entrapped in Beltane rituals in the Cumbrian fells; a widower mourning his wife falls beneath the mystic allure of Iona; a quest to the Italian Apennines brings a lonely man to a dread Marian revelation; an alcoholic on a Scottish isle is haunted by a deceased chronicler of local legend; in a small German town a sinister doll discloses truths about a murky family tragedy; an unknown journal by a Victorian travel-writer sends a woman on a grim odyssey to Transylvania; in a childhood holiday paradise a man encounters a demented artist’s terrifying legacy. The protagonists in Peter Bell’s stories confront the awesome, the numinous, the uncanny, the lure of genius loci, and landscapes undergoing strange epiphanies. 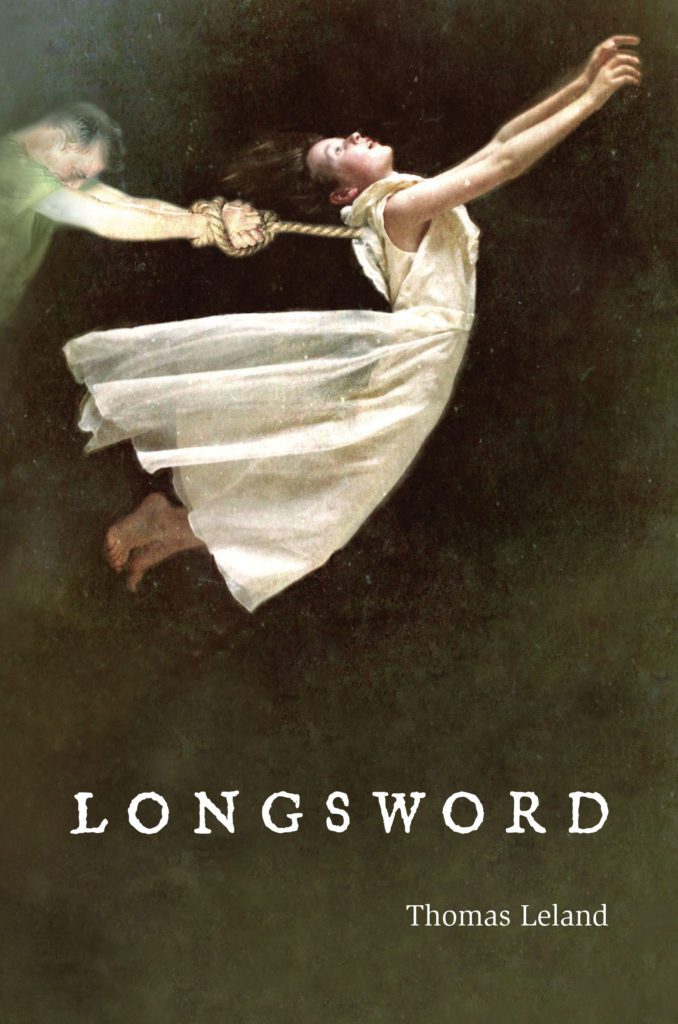 “Death’s but a Path that must be trod, / If Man wou’d ever pass to God” – Thomas Parnell

Longsword, Earl of Salisbury, by eighteenth century Dublin-born clergyman Thomas Leland, is a fast-paced historical romance of medieval menace and high excitement. Set in the early years of the thirteenth century, it features a blend of real and created characters in a mêlée of intrigue, corruption, lust, and revenge. In part a metaphor for the tug-of-war between the sexes, Longsword is the definitive precursor to the Gothic novel; both in trappings and in style, it provides vital elements of prototype for Walpole’s The Castle of Otranto and Lewis’s The Monk. Through Longsword, Leland emerges as a forerunner of fellow Dublin clergyman Charles Robert Maturin, author of Melmoth the Wanderer. This 250th anniversary edition is edited and introduced by Albert Power. 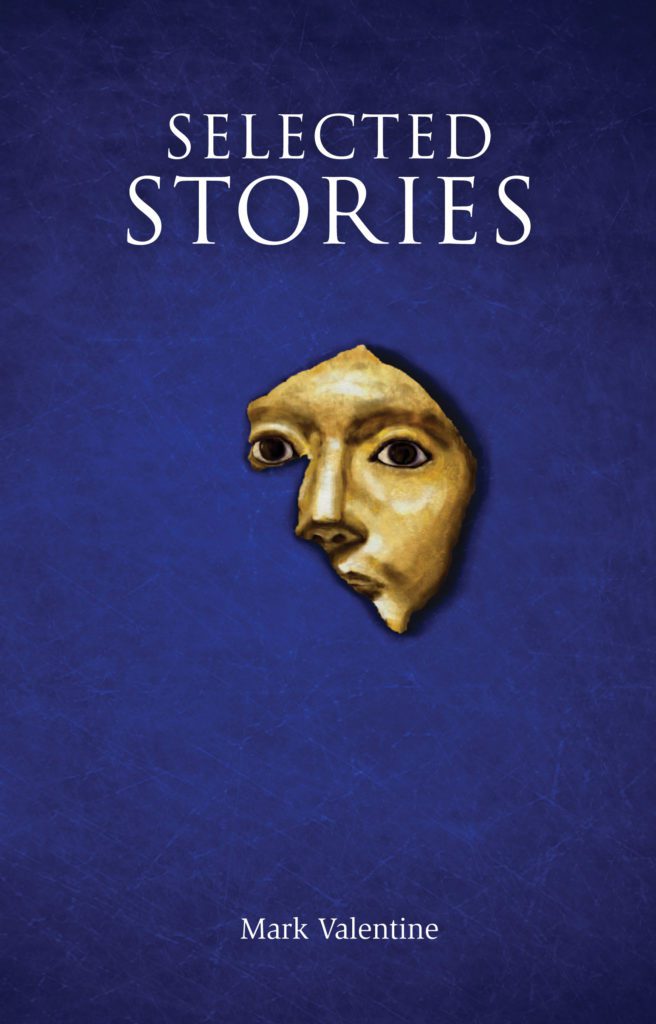 In St. Petersburg, amidst an uneasy truce with the revolution, there exists a secret trade in looted ikons. But who are the dark strangers seeking for the Gate of the Archangel? In the small town of Tzern, news arrives of the death of the Emperor; meanwhile a postmaster, a priest, a prophet and a war-wearied soldier watch the dawn for signs of the future. Constantinople: A quest for the lost faiths of the former Ottoman Empire leads a French scholar to believe that the strangest may also be the truest. On the edges of Europe, exiles and idealists meet in a café to talk of their hopes—while sinister forces begin to march. These stories, exquisitely told by Mark Valentine, are about individuals caught up in the endings of old empires—and of what comes next. 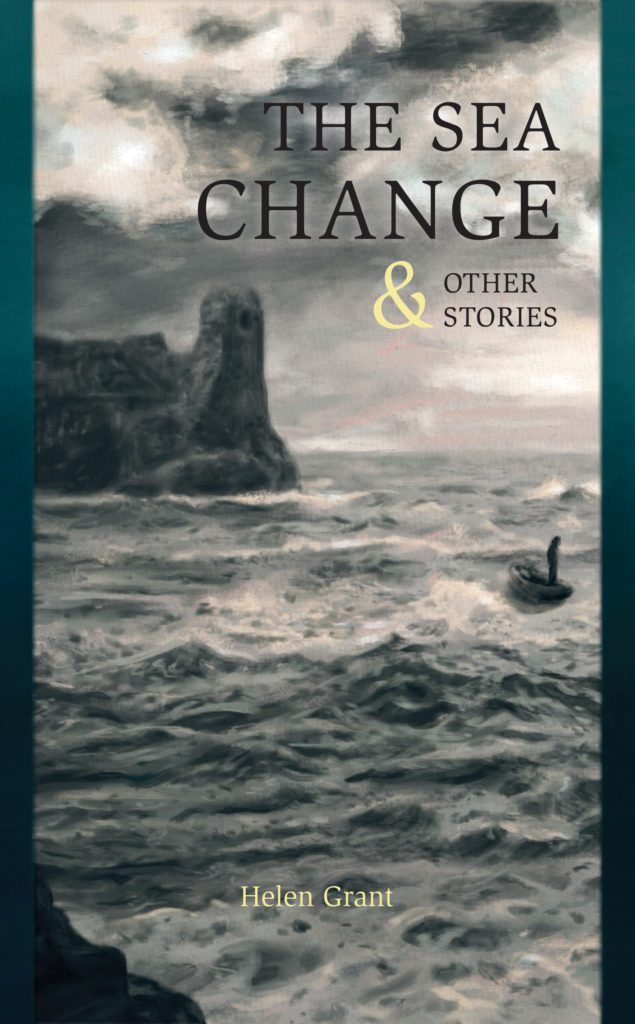 In her first collection, award-winning author Helen Grant plumbs the depths of the uncanny: Ten fathoms down, where the light filtering through the salt water turns everything grey-green, something awaits unwary divers. A self-aggrandising art critic travelling in rural Slovakia finds love with a beauty half his age—and pays the price. In a small German town, a nocturnal visitor preys upon children; there is a way to keep it off—but the ritual must be perfect. A rock climber dares to scale a local crag with a diabolical reputation, and makes a shocking discovery at the top. In each of these seven tales, unpleasantries and grotesqueries abound—and Grant reminds us with each one that there can be fates even worse than death. 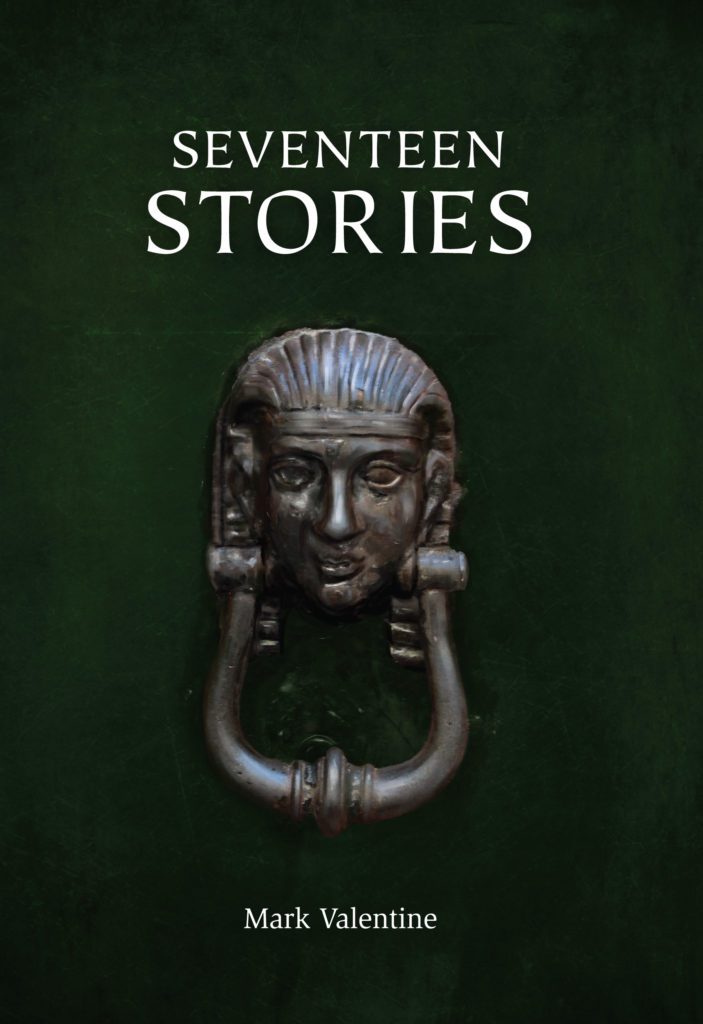 “The general effect was a bizarrerie of half-weird sheen and gloom.” – M.P. Shiel

Mark Valentine’s stories have been described by critic Rick Kleffel as “consistently amazing and inexplicably beautiful”. He has been called “A superb writer, among the leading practitioners of classic supernatural fiction” by Michael Dirda of The Washington Post, and his work is regularly chosen for year’s best and other anthologies.

This new selection offers previously uncollected or hard to find tales in the finest traditions of the strange and fantastic. As well as tributes to the masters of the field, Valentine provides his own original and otherworldly visions, with what Supernatural Tales has called “the author’s trademark erudition” in “unusual byways of history, folklore and general scholarship”. Opening a book will never seem quite the same again after encountering this curious volume of Seventeen Stories . . . 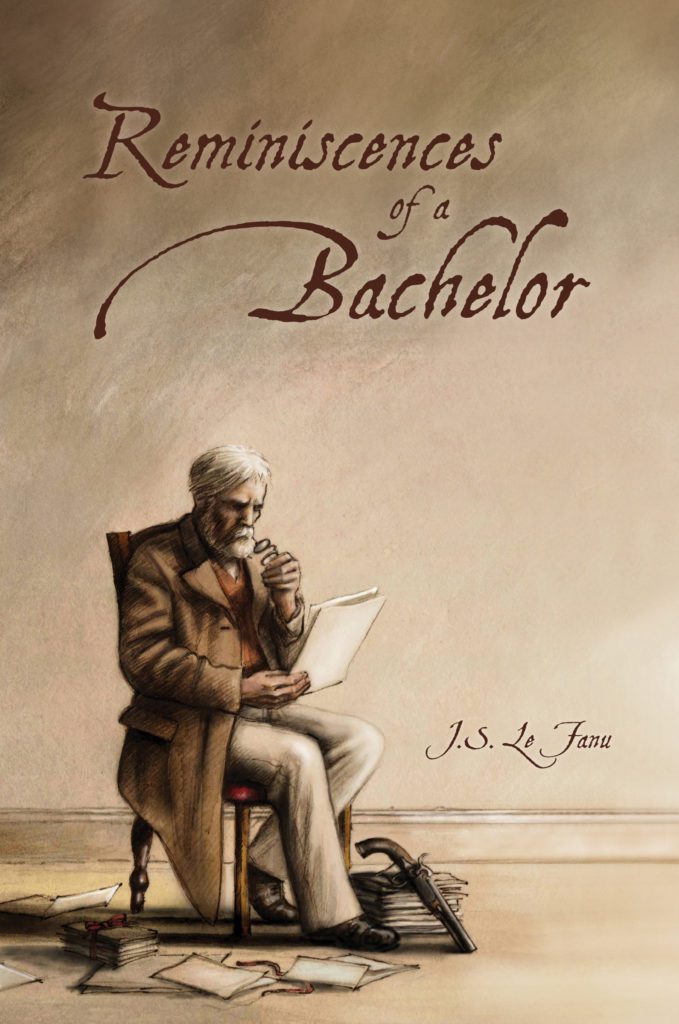 “I know there is a God—a dreadful God—and that retribution follows guilt.”

For the first time in over 150 years, “The Watcher”, Le Fanu’s classic tale of supernatural menace, is reissued from the pages of the Dublin University Magazine along with its original companion piece “The Fatal Bride”, a brooding gothic novella not reprinted since its first publication in 1848. Like matched duelling pistols, Reminiscences of a Bachelor offers the most exquisite balance of craftsmanship, beauty, and peril. In these tales of Old Dublin, honour is ever at stake, the fate of lovers lies mired in the past, and something even worse than deceit stalks the streets, something just as deadly to the soul as it is to the flesh. 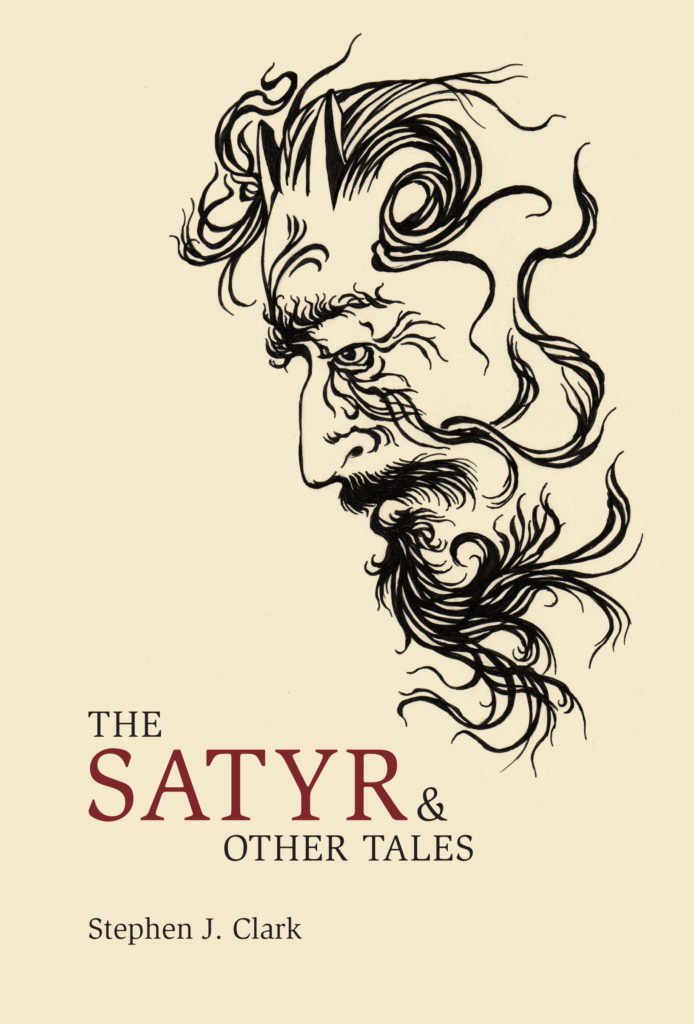 “It was the straying that found the path direct.” – Austin Osman Spare

In the final throes of the Blitz, Austin Osman Spare is the only salvation for Marlene, an artist escaping a traumatic past. Wandering Southwark’s ruins she encounters Paddy Hughes, a fugitive of another kind. Falling under Marlene’s spell Hughes agrees to seek out her lost mentor, the man she calls The Satyr. Yet Marlene’s past will not rest as the mysterious Doctor Charnock pursues them, trying to capture the patient she’d once caged. The Satyr is a tale inspired by the life and ethos of sorcerer and artist Austin Osman Spare.

Another three novellas of occult enchantment follow: a bookseller discovers that his late wife knew the Devil, in the Carpathian Mountains refugees shelter in a museum devoted to a forgotten author, and in Prague a portraitist must paint a countess whose appearance is never the same twice.

This omnibus is comprised of The Satyr (2010) and The Bestiary of Communion (2011); newly illustrated, expanded, and revised. 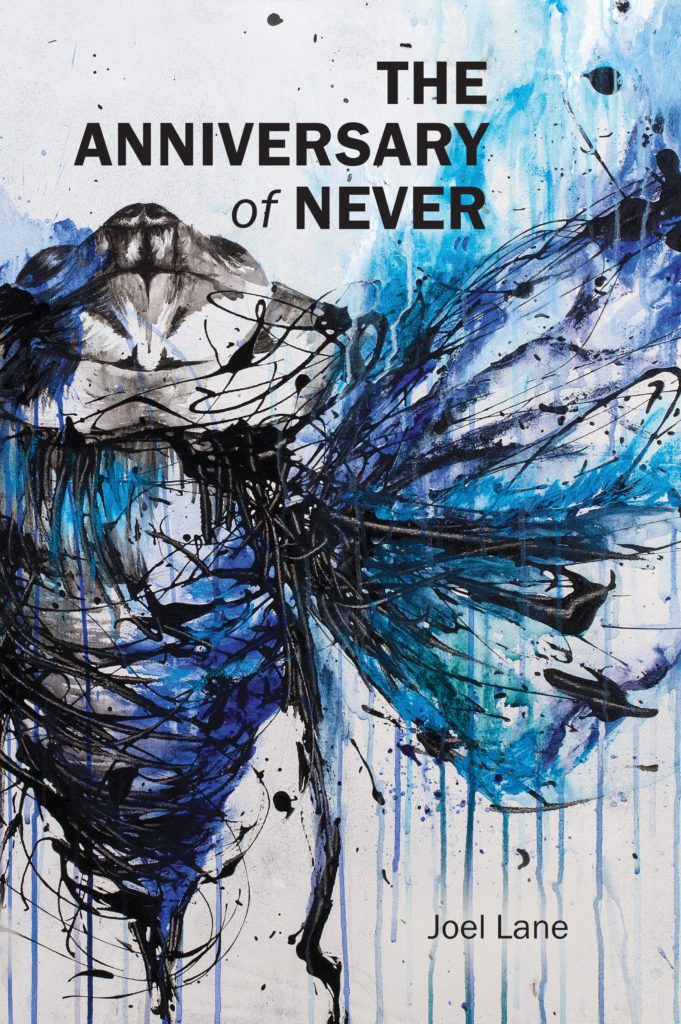 “It was like a black and white film, or someone else’s memory.”

Joel Lane’s award-winning stories have been widely praised, notably by other masters of weird fiction such as M. John Harrison, Graham Joyce, and Ramsey Campbell. His tales also regularly appeared in the “best of” annual anthologies of Ellen Datlow, Karl Edward Wagner, and Stephen Jones. With this posthumous collection, Lane continues his unflinching exploration of the human condition.

“The Anniversary of Never is a group of tales concerned with the theme of the afterlife,” observed Lane, “and the idea that we may enter the afterlife before death, or find parts of it in our world.” These stories of love and death will burrow deep into the reader’s mind and impregnate it with a vision often as bleak as the night is black.